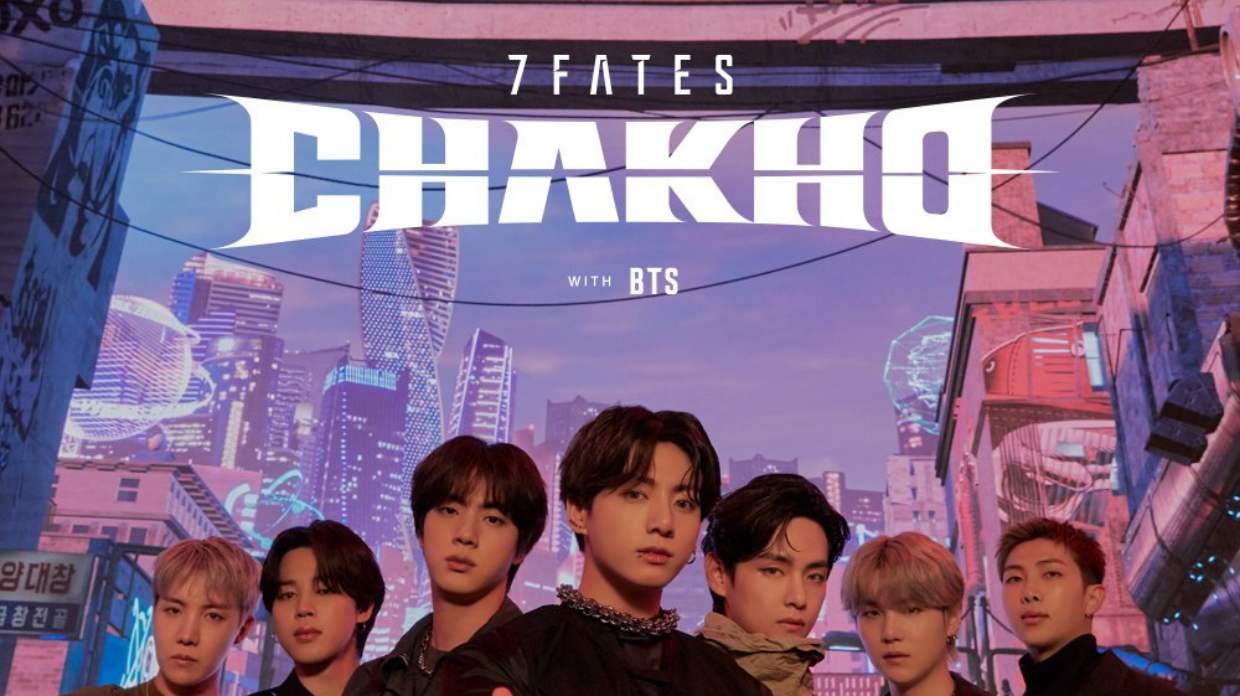 BTS is no stranger to the webtoon, one of Korea’s most popular narrative formats. In 2014, web comic superhero counterparts of the group’s seven members fought monsters in We On: Be the Shield. In 2019, Naver Webtoon, the world’s most-read comics publisher, released Save Me, which saw a character based on Jin stuck in a time loop from which he can’t escape until he saves his six best friends. By its end, the 16-volume webtoon had massed more than 50 million views.

It’s been a while since we’ve had a new BTS-inspired webtoon, but the wait is almost over. Back in August, Korea’s Naver, who owns both Webtoon and Wattpadd, announced a team-up with BTS parent company HYBE, and ever since ARMY have been eagerly awaiting further news on what the collaboration might mean on the narrative level. Last month, during HYBE’s corporate briefing to “the community,” we got it, with the announcement of7 Fates: Chakho, an original webtoon and web novel done in partnership with BTS. Here’s everything you need to know about the upcoming genre story…

7Fates Chakho will hit the Webtoon platform as a web comic and Wattpadd as a web novel on January 14th. Also coming to Webtoon/Wattpadd in January will be webtoons done in partnership with other HYBE groups, including ENHYPEN (January 15th release) and TXT (January 16th release). All three stories will be released in both webcomic and webtoon formats.

While details are still relatively scarce regarding the content of 7Fates, we do know the basic premise: The webtoon/webcomic is described as an urban fantasy, and is inspired by the Joseon Dynasty tiger-hunting officers called chakhogapsa (hence the “Chakho” subtitle). The story is set in a city in the near future, and tells the story of seven boys tied together by fate who overcome hardships (and probably some tigers?) and grow as a group in the process.

Over the weekend, HYBE released an official teaser for 7 Fates: Chakho, featuring the members of BTS. In it, the seven men take turns interacting with a glowing orb of light—presumably a representation of their shared destiny? Taehyung and J-Hope reach for it, while Yoongi simply looks toward it. Jin pops the thing, while Namjoon and Jungkook both hold it in their hands. Jimin is doing his own thing, ending the short promo by looking over his shoulder, bathed in light from the threshold behind him.“Fate each comes in different forms,” the English-language tagline tells us. Check it out below…

Can we glean anything about 7Fates from this teaser? Honestly, not really, but it does raise the hype for the webtoon and webcomic. An earlier teaser, released alongside the story’s initial announcement, doesn’t feature BTS at all, but does give us some hints at the dark tone and urban setting of the upcoming story. Check it out below…

Also on the docket for a January release: ENHYPEN’s “Dark Moon” and TXT’s “The Star Seekers.” The former is a high school romance about vampire boys who meet a girl… with a secret. The latter is a fantasy tale about a group of K-pop idols who live in a world where magic exists. Together, they must fight against a secret surrounding the downfall of the world; also, there will be imaginary animals. Honestly, it sounds like there is some crossover potential across these three HYBE-driven stories.

Are you planning on reading HYBE’s upcoming Webtoon/Wattpadd line-up? What do you think of the genre premises?