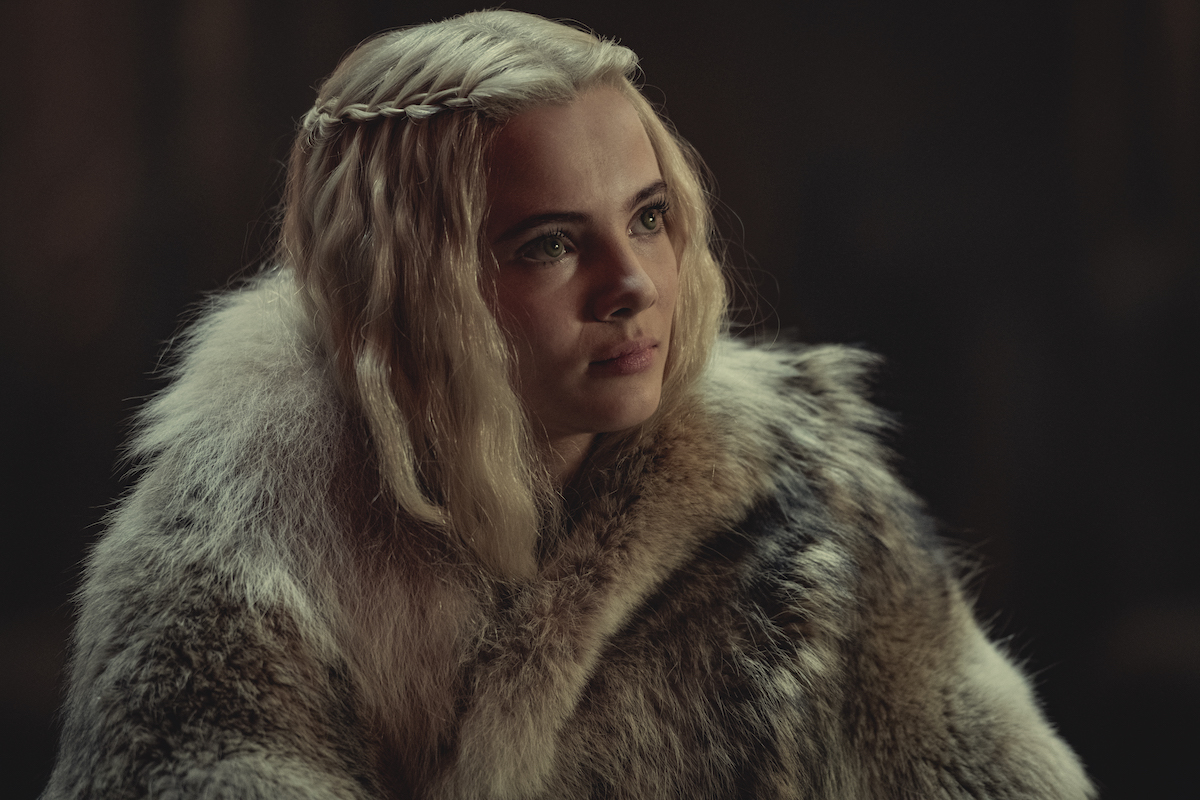 Given the fact that Netflix fantasy series The Witcher is based, at least in part, on a series of video games about a magical monster hunter, you’d be forgiven for almost immediately assuming that the presence of women in this story is likely to be minimal at best. (Or that those who do appear would be both simply drawn and scantily clad.) But the franchise–from streaming series and video games to the Andrzej Sapkowski novels and short stories upon which it is all based–is actually surprisingly feminist, granting its female characters the sort of agency and interiority that is not always guaranteed in genre fiction generally, or fantasy television specifically.

A less nuanced television series might take The Witcher’s vaguely medieval, fairly patriarchal setting as carte blanche to include all sorts of casual misogyny: Damsels in distress, sassy sex workers, or the sort of pointless, objectifying nudity that’s clearly only present to serve the male gaze. (As much as we all love the many complicated women of Game of Thrones, for example, that show also regularly included scenes in brothels full of naked women for virtually no reason at all.) But the Netflix series’ first season features over a half dozen major female characters, with more on the way in Season 2.

“It’s what attracted me to the story in the first place,” showrunner Lauren Schmidt Hissrich tells Den of Geek. “So I can’t take full credit, as much as I would love to. Sapkowski has wonderful female characters in his books. For books written starting in the 1980s in Poland, they [have] much stronger women than I would have [initially] imagined, with their own agency and independence and opinions. So that’s where I started from.”

The Witcher’s first season is split between three separate timelines focused on three different characters, but it is the monster-hunting Geralt of Rivia (Henry Cavill) and powerful sorceress Yennefer of Vengerberg (Anya Chalotra) who drive the bulk of the story. The third, Princess Cirilla of Cintra (Freya Allan), is technically important, thanks to the powerful magic she possesses, but spends most of her time onscreen reacting to things that happen to her and being relentlessly pursued by those who would use her and her abilities for their own ends.

As a result, most of Ciri’s Season 1 journey is about little more than running for her life from various (honestly, pretty legitimate) threats, and audiences were not able to get to know her as thoroughly as they did other characters within the world of the series. And that is something that the show seems determined to change in its second outing.

“In Season 1, I think we see from the very start that she has this headstrong character, this determined nature,” Allan says. “She’s feisty, and [these are] all the qualities that I love about her. But, obviously, in that season, she is ultimately running through the woods a lot. And I don’t think people got to see how interesting her journey is. But in Season 2, you do, and I was so excited to take that on.”

According to Hiissrich, Ciri’s arc in The Witcher’s second season is something of a course correction for her character, one that will allow her to take center stage in her own story.

“I’ve spoken really openly about this [before], but I do think that we did a little bit of a disservice to Ciri in season one,” Hissrich says. “Not intentionally. But suddenly when you’re watching the episodes as a whole you’re like, she’s literally running away a lot. So how is she going to stand still and start fighting back in Season 2?”

For both Hissrich and Allan, part of the appeal of Ciri’s arc is the way it subverts expectations of what a character like her – a sheltered princess with little life experience outside the castle walls – is supposed to be and do in a fantasy world like this.

“Sometimes, when women are presented in fantasy, they’re these idyllic [types] who get everything right. And I think Ciri is a great example of [the opposite]- from the moment you meet her she’s a victim of her circumstances,” Hissrich says: “Her town is burned to the ground, her whole family dies, she is on the run. We play with and push back against [those tropes]. She’s a princess, but she’s also a teenager. She’s not a beacon of purity from the very beginning and, as we see through the first season, she kills a lot of people. Even though it’s not necessarily under her control.”

Like Game of Thrones heroine Sansa Stark before her, Ciri’s story is largely about growing up and coming into her own, shedding the naivete that marked her previously sheltered life and claiming her own power. (Happily, however, with much less sexual violence.)

“She has a lot to decide as to who she wants to become,” Allan explains. “And a lot takes place within that journey that is unexpected for both Ciri and for the people watching. [There are] some very big moments. She’s got a lot to navigate. She learns a lot more about herself. And lots of things are revealed.”

A big piece of Ciri’s Season 2 arc will involve her growing relationship with Geralt, now that the two have finally found one another. The two travel to the Witcher stronghold of Kaer Morhen, where they will not only slowly learn to trust one another, Ciri will learn to fight – and begin to sort out what sort of future she wants for herself in the process.

“[She is] starting to corral the anger inside her from everything that’s been taken from her in Season 1 and figuring out what to do with that anger,” Hissrich says. “To try to change what happened to me, or at least block it out and feel better via revenge. And then, of course, her realization as she is growing and changing this season, is that there’s no way – the revenge isn’t going to make that any better. It’s about how to start to move forward. And moving forward in her world is always going to be about learning to protect herself, and eventually learning to protect others.”

“I think that what she wants most this season to feel secure,” Allan says.  “Secure both in herself, which is attached to the idea that she wants to be a Witcher. But also within terms of family, that security is important [for her] to have. The trust that builds between Geralt is very important to her. And in terms of her power and trying to control them. That’s all built into her feeling more secure in who she is and her future.”

Ciri’s training–as evidenced by the series’ trailers–is clearly a big piece of her story in Season 2, and Hissrich effusively praises Allan’s “dedication” and  “physical commitment” to “growing along with the character.” “It was really emotional to watch,” she says. “This felt like she, Freya, was mimicking Ciri’s journey. She worked her ass off.”

“I’m just like Ciri, to be honest,” Allan laughs. “She wants the sword just as much as I wanted it! I was just utterly addicted to it and thought it was amazing, which is exactly like her. She really gets latched on to the idea that she is going to be an incredible fighter. And that becomes like her aim, I want to be a Witcher. She comes into Kaer Morhen and she’s surrounded by all these other Witchers, these big blokes and she’s like, I don’t want to be left behind in this. I don’t want to be so useless here. I want to play my part. So I’m going to become just as good as all of you guys.”

But it is ultimately her determination to forget her own future that makes Ciri’s story so compelling–and why Season 2 will speak to audiences of all kinds.

“Regardless of whether you know the books or the stories or whatever, I think Ciri’s journey in Season 2 is so compelling,” Hissrich says. “And so relatable for so many different people, for teenagers who are growing up and starting to, like reach out into their independence. For women who want to take back power and be okay walking through the world. And for all people who have to make that choice between looking backward and looking forwards. It’s a really emotional story.”