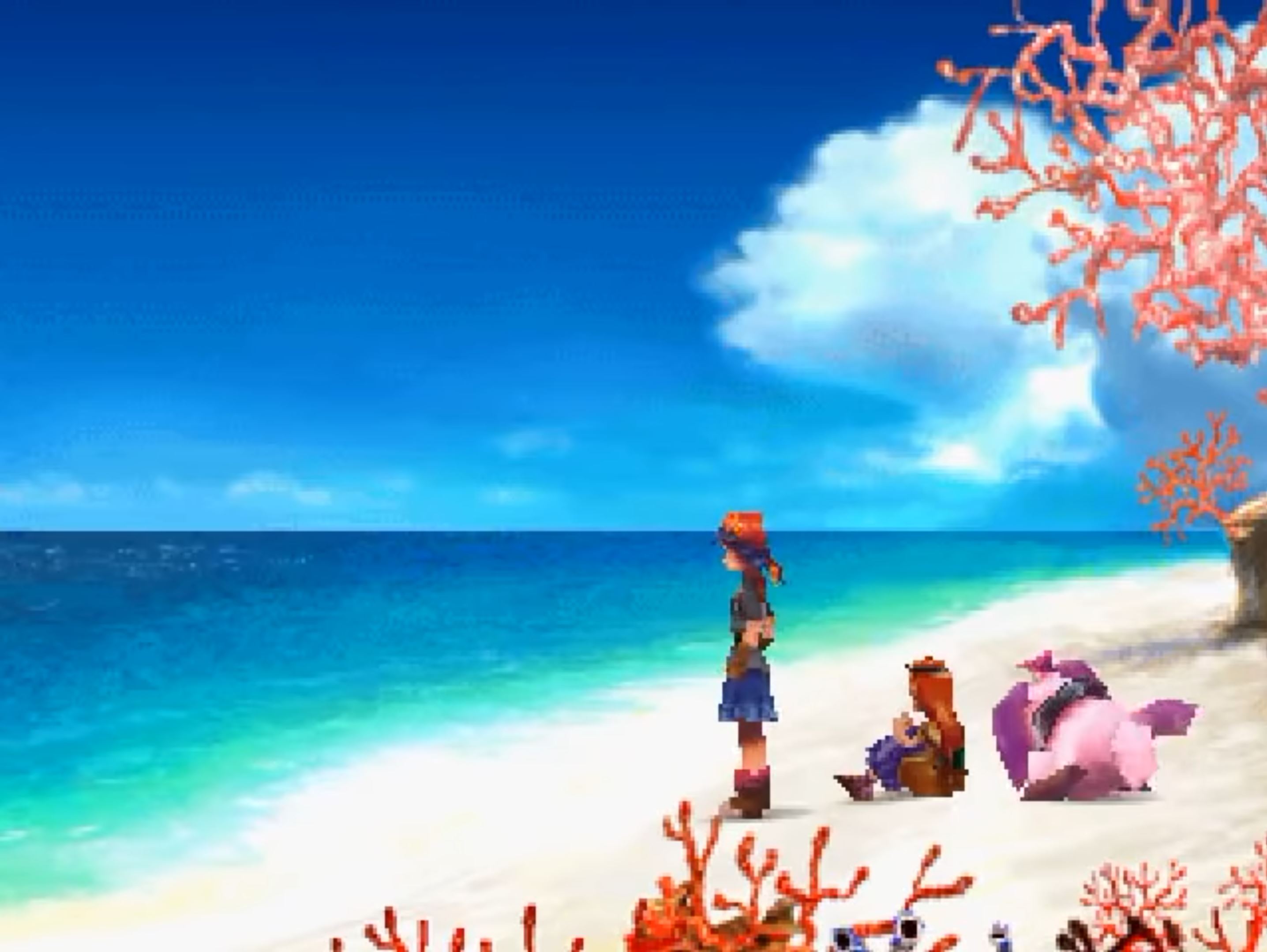 Recent reports regarding a rumored remake of Chrono Cross have some fans asking why the 1999 PS1 RPG is getting a remake instead of its beloved spiritual predecessor, Chrono Trigger.

While a Chrono Cross remake/remaster was included in that massive Nvidia “leak” that dropped a few weeks ago, a new report from VGC and XboxEra co-founder Nick Baker strongly suggests that Square Enix is indeed working on that project and may eventually release it for multiple platforms.

“What else I was told—because everyone’s working under the assumption that it’s a PlayStation exclusive—I’ve been told that it’s not. The only word that was used was ‘multiplat,’” Baker says. “Now, when I hear JRPG and multiplat, I automatically assume PC, PlayStation, Switch, that’s my assumption. That’s not what I was told, that’s just my assumption. All my source said to me was ‘multiplat’. That’s what they said, they told me it wasn’t PlayStation exclusive.”

That report is potentially supported by a comment from Irish folk singer Éabha McMahon who recently said that they recorded music for such a project. If that wasn’t interesting enough, McMahon also said that they worked with composer Michael McGlynn who was recently shown in a photo with Chrono Cross composer Yasunori Mitsuda.

Look, all of that information is obviously pretty far from confirmation. There’s no definitive proof that Square Enix is working on a Chrono Cross remake or remaster, and there’s no confirmation regarding which platforms that eventual project may be released on.

However, what I find to be most interesting about these rumors at the moment is the fact that quite a few people are frustrated by the very idea that Chrono Cross would get a remake or remaster over Chrono Trigger.

In a way, I understand the “outrage.” Chrono Trigger is one of the greatest RPGs ever made (I recently called it the best RPG ever made). Not only is it a true classic in every sense of the word, but some of its disappointing recent ports have left many fans swearing that the best way to play the game is to hunt down one of the original SNES copies (which can often be quite expensive).

Chrono Cross, on the other hand, has always been a divisive game. Ever since its release, fans have knocked it for being weird, complicated, and, most importantly of all, nowhere near Chrono Trigger in terms of its gameplay, story, or characters. There are quite a few gamers who still feel burned by Chrono Cross for the simple reason that they went into it expecting a Chrono Trigger sequel and got something else entirely.

Of course, that’s all the more reason why Chrono Cross deserves a remake over Chrono Trigger.

Chrono Trigger is pretty much a perfect game, and while I wish that its recent ports weren’t so terrible, I’d be very hesitant to see a full remake of the title or an updated version of it that changes pretty much everything. Everything about that game has just aged so remarkably well. If you’re the kind of person who simply refuses to play Chrono Trigger because of its graphics or lack of voice acting, that’s very much a “you” problem rather than something that Square Enix needs to address.

Chrono Cross is different. While I love Chrono Cross (it nearly topped my list of the best PS1 RPGs ever), it’s more than a little rough around the edges. The game was not only trying to push the PS1 to its technical limits but was ultimately the result of several design concepts that kind of came together at the 11th hour. There are more than a few rough edges in that game that could be smoothed over, and it’s certainly the product of an era of video game visuals that could be improved by modern technology.

More importantly, Chrono Cross remains an elusive game. There’s no way to “officially” play it on most modern platforms, which really feeds into the idea that it was this game that was so embarrassing that Square Enix has tried to bury it (despite the overwhelming critical praise the title received at the time of its release). For years, many of those who didn’t get the chance to play Chrono Cross have had to rely on other people’s impressions and many of those impressions have been negative or complicated due to the visceral reaction a lot of people had to it.

Chrono Cross is more than that, though. It’s a wonderful, beautiful, and intelligent game that probably would have alienated some RPG fans at the time of its release even if it wasn’t also the spiritual follow-up to one of the most beloved games ever made. There are some pieces of entertainment that you simply can’t write the final word about based on a single viewing/listen/playthrough, and Chrono Cross may be one of the most fascinating examples of that kind of piece of entertainment that I’ve seen in any medium. Whether you like it or not, it’s hard to deny that it deserves to be talked about as something more than the game that wasn’t Chrono Trigger 2.

We’ve talked before about how the best kinds of remakes are often those that revive an idea that didn’t quite get it right the first time around, but Chrono Cross isn’t exactly that kind of game. It’s a game that never really got a fair chance to find a proper home for itself in gaming culture, and it’s a game that always felt a little bit ahead of its time in several respects. I can think of few titles more deserving of a remake.