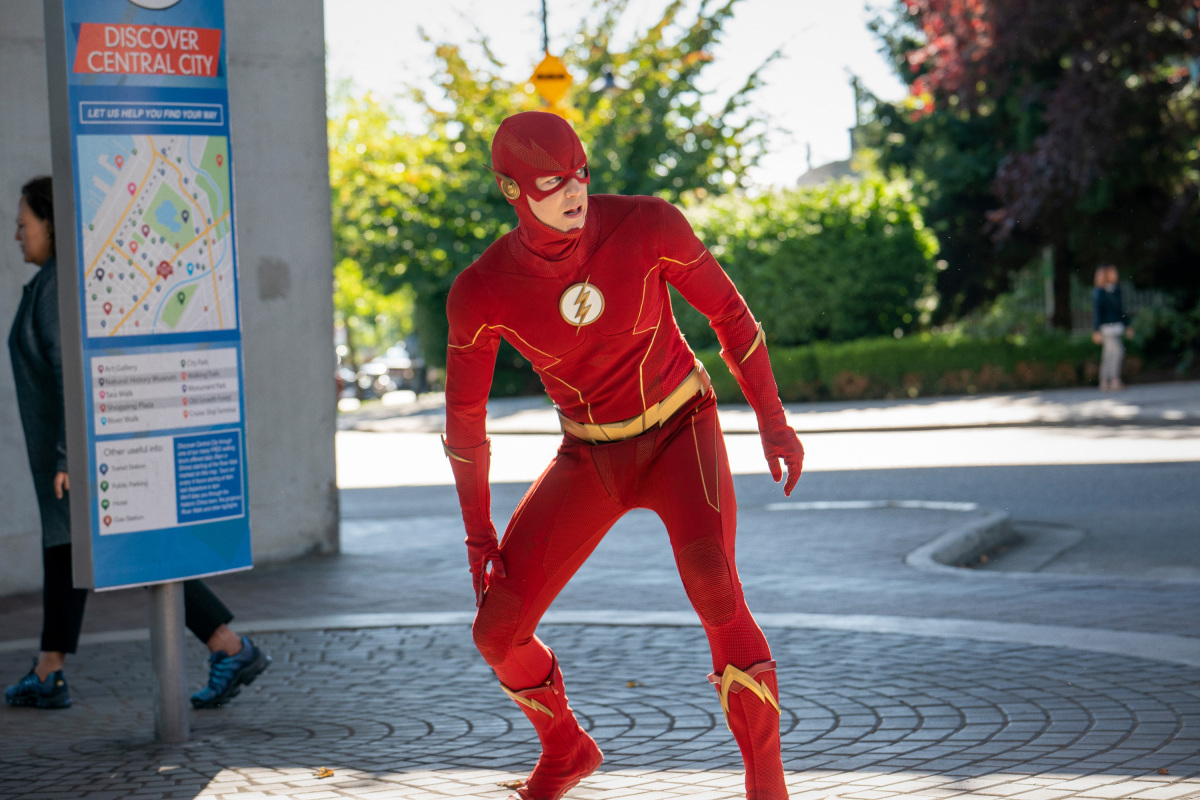 Something is very wrong in the world of The Flash. STAR Labs as we know it may well be gone. Gideon has been deactivated. A major character appears to be dead. And Barry seems to be unraveling, right before our eyes.

Look, when the three-eyed villain Despero showed up in the first part of the series’ new Armageddon event, threatening to kill Barry because he’ll apparently cause some sort of cataclysmic event a decade from now, we probably all pretty much shrugged. (Be honest!) Barry Allen is a good guy, one of the purest characters in the Arrowverse, there’s no way he’s going to start randomly attacking people in the very city he’s sworn to protect and burning it to the ground.

Except, what if maybe…he is? What if he’s not going to be able to help it?

“Armageddon, Part 2” shows us what is essentially Barry’s worst day—the beginning of what Despero insists is his road to madness—and it’s full of hints that there’s something much darker than any of us probably expected at work. Barry’s not only missing time, but he’s also forgetting important facts, behaving erratically, and doing things we all know the character we love would never do. But why? We genuinely don’t know, and that’s honestly part of what makes this episode so enjoyable to watch.

Is he being mind-controlled? Is he trapped in some sort of simulation? Being manipulated by the Speed Force? (Hey, she was basically responsible for literally everything else last season.) Truly going mad precisely the way Despero predicted?

Pulling off arcs like this, the kind that relies on the threat of the series’ titular hero doing something decidedly unheroic, can be difficult. After all, it’s hard not to look at this and roll your eyes, just a little bit – it’s extremely unlikely that Barry Allen is going to wreck Central City or destroy the Earth beyond saving, after all. It’s something that’s just not going to happen. Not for keeps, anyway. But, as that’s the premise of this entire five-part “event” (don’t say crossover, remember!), we’ve got to go with it, no matter how outlandish the prospect may initially seem.

This is why the fact that “Armageddon, Part 2” manages to create some truly intriguing and believable tension is so impressive. Do I believe Joe West is really most sincerely dead? No, no I do not, but I certainly believe that for right now, in the world of the show, for whatever reason Barry believes he is. And he believes he’s betrayed those he loves most by forgetting about it. (As well as by apparently attacking a bunch of innocent bystanders on his way home.)

Granted, some of this week’s twists—Barry being suspended from the CCPD because he’s only just now a suspected undercover accomplice for Joseph Carver (?!) of all people—are generally ridiculous on their faces. It’s also freakishly convenient that suddenly the radiation scanners in STAR Labs are on the fritz, so much so that the entire facility has to be condemned as a nuclear hazard. It’s obvious the true answer to whatever is happening is more complicated than simply “Barry is actually turning evil,” but for once The Flash is not telegraphing its punches before it throws them, and after everything that went wrong in Season 7, it’s a delightful treat just to enjoy the ride of this show again.

Part of that is due to the distinctly “non-crossover” aspect of Armageddon, a format that means that although we’re seeing familiar faces from around the Arrowverse pop up during this event, the story remains very firmly focused on Barry and the rest of Team Flash.

Supergirl’sChyler Leigh pops up this week for a Zoom-based info dump, but it doesn’t feel like a Very Special Event so much as it does a natural extension of what this shared universe should be doing and growing toward. It’s not earth-shattering, but easy, and precisely the sort of thing we should see more often on all the DC TV properties. Of course, the appearance of Black Lightning’s Jefferson Pierce at the episode’s end feels, correctly I think, like a heavier and more important moment, but it’s one also feels fairly earned, given how easily the pair connected back during Crisis on Infinite Earths.

On the whole, showrunner Eric Wallace’s idea of breaking The Flash seasons into smaller “graphic novel” arcs is a good one. It hasn’t always worked as well as some of us (read: me) might have liked, but since the show has never really been able to properly sustain a full season-long villain arc it’s still a welcome shift. And thus far, at least, Armageddon is shaping up to be the best “graphic novel” outing yet.

Part of the reason for that is because of its singular focus—this set of episodes seem as entwined as any in the show’s history and (thankfully) doesn’t appear to be trying to cram in much in the way of villain-of-the-week stories alongside its larger arc. It’s very clearly a story about Barry and The Flash characters, despite the presence of guests from other shows, The end result is a story that not only feels like it’s going somewhere, but that manages to give its characters and their relationships a bit of space to breathe on their own each week.

What’s next? I honestly can’t entirely guess—though I’m admittedly personally quite excited for the return of Arrow’s Mia Queen—but I’m really looking forward to finding out. And since I haven’t exactly felt that way about The Flash in quite some time, it makes for a very nice change. Bring it on, Armageddon.