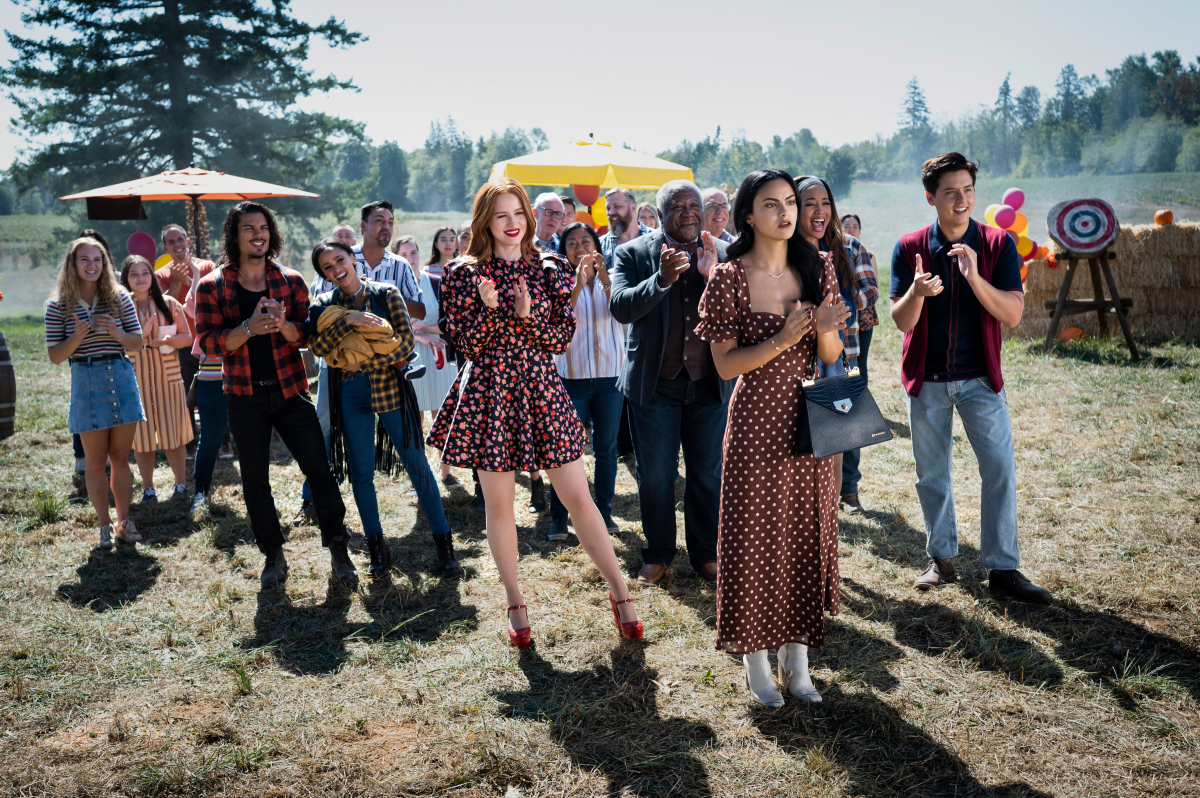 Last season, Riverdale jumped ahead in time to skip over the gang’s college and re-contextualize their relationships with each other. That, meshed with subplots about everything from Mothmen to murderous truckers to Mr. Lodge’s latest (and for now at least, last) criminal scheme, resulted in the most uneven season of the series to date. In short order, the standard weirdness of Riverdale had become rote. Something massive had to change in order for the series to evolve. And so plans were hatched for a five-part season opening event called Rivervale.

Much like the current Doctor Who: Flux and The Flash: Armageddon, this miniseries aims to thrust the show into a bold new direction. We have now witnessed the first part of this experiment, and it’s clear that by breaking all of it’s own rules Riverdale, er, Rivervale has creatively reinvigorated itself.

And all it took to do this was murdering Archie Andrews.

Yep, Archie is dead. Like really dead. Like Cheryl and the entire town conspired to rip his heart out of his chest to appease the Maple Maiden and restore life to the barren ground and wombs of Rivervale dead. It’s really wild and hours later I still can’t believe the show took this chance. And the thing is? It really needed to do this.

The dirty little secret about Riverdale for nearly its entire run is that its purported lead is also its least compelling character. Saddled with suplots about everything from prison fight clubs to PTSD that only ever tangentially connect to the main narrative, Archie has been this show’s biggest problem for awhile now. So why not just kill him? As someone who has been reviewing this series since day one, I’ve wondered what would happen if the perennially underwritten hero would meet his end. To be clear, KJ Apa does the best anyone could with the overly earnest character, it’s a problem the source comics have as well. Surrounded by more interesting figures, Archie is bound to get lost in the shuffle. But to actually kill him off (albeit obviously temporarily) is still a huge swing that is most welcome.

Now that we are in the “shadow town” that is Rivervale, such daring chances can be taken. And if Archie can have his beating heart ripped out of his chest, you’d better believe that anyone else can go in a moment’s notice. It’s not just the possibility of a body count here that is thrilling, but the sense that this show is completely and fully unhinged. Forget about the ships and schemes that are Riverdale‘s bread and butter, they’ve been replaced by sheer madness.

Obviously the leaning into supernatural elements easily accommodates the arrival of Kiernan Shipka’s Sabrina in a few weeks, but much more than this it allows showrunner Roberto Aguirre-Sacasa to bring the creepy elements of his Archie horror comic work to the forefront on the series. Even with it’s Gargoyle Kings and Mothmen, Riverdale always had a rational reason behind its chaos. That’s out the window now, and what comes next is anyone’s guess. As a result, Rivervale is a must-visit TV destination. I genuinely can’t wait to see where things go from here…and it’s been far too long since I’ve felt that way about this series.