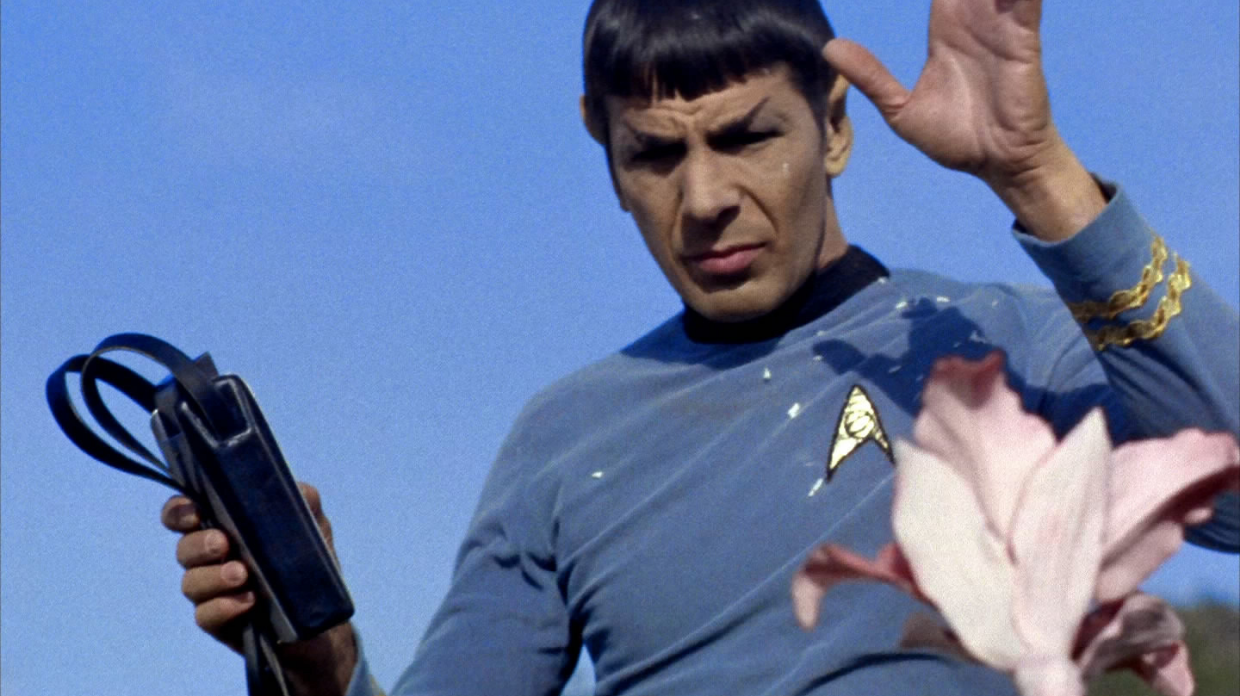 Spores are a big deal in Star Trek. This may sound like a retroactive canon thing, given that the propulsion system of the USS Discovery basically runs on mushrooms, but, the truth is, spores also gave Star Trek: The Original Series one of its most pivotal and important episodes: “This Side of Paradise.” Prior to Prodigy‘s release, we were told that the kid-geared series would be drawing inspiration from all corners of Trek universe and, in a kind of strange tribute to both the spores of Discovery and the spores of TOS, the new kids’ animated series Star Trek: Prodigy now also has its own spore-centric arc. Here’s what’s going on in the episode “Dreamcatcher,” and how the whole premise scans as a love letter to the Treks that came before.

Of all the episodes of Prodigy thus far, “Dreamcatcher” seems the most like a traditional Star Trek story. In an overt reference to the landing capabilities of Janeway’s USS Voyager, the Protostar touches down on an alien planet in the Hirogen sector. Although we don’t see the Hirogen, those are the same aliens who hassled the Voyager crew, most notably in the episode “The Killing Game.” And just like that episode, “Dreamcatcher,” presents a world of illusion designed to ensure the young crew of the Protostar. Frankly, the idea of a crew hitting up a beautiful planet, only to discover that it’s full of illusions and traps is a very old Star Trek trope. From the TOS classic  “Shore Leave” to TNG’s “Justice,” this kind of thing happens all the time. No matter how hard adventure narratives try, everybody’s got to throw their various references to The Odyssey in there.

In “Dreamcatcher,” the young crew encounters creepy vine-spores which Zero’s tricorder identifies as having “mycelium” components. This could indicate the aliens the Protostar has encountered are similar to the jahSepp, the mycelium network-dwelling aliens that hassled Tilly in Discovery Season 2, most notably in the episode “Saints of Imperfection.”

To be clear, these new spore aliens probably aren’t the jahSepp, but, oddly, like May Ahearn in DISCO, these alien spores can also use telepathy to create an illusionary version of a real person. This also has shades of the Voyager episode “In the Flesh,” in which Species 8472 assumed the forms of several real Starfleet folks in order to make a totally fake version of Starfleet Academy. The point is, between Discovery and Voyager, various aliens who live in strange environments tend to love playing dress-up in order to mess with our heroes.

But, spiritually, it feels like “Dreamcatcher” has the most in common with “This Side of Paradise,” the famous TOS episode pitched by Jerry Sohl and rewritten by super-influential Trek script-editor D.C. Fontana. In that episode, plants shot spores into the faces of the classic Enterprise crew, which basically made everybody super-chilled out, and willing to stay on the planet forever; consequences be damned. Those spores didn’t create illusions like in “Dreamcatcher,” but the set-up is somewhat similar. Just like Kirk was left alone as the last crew member on the Enterprise, Gwyn ends up being the only person (along with Murf) left alone on the Protostar. The reasons are a little bit different, but the similarities are pretty striking. In this sense, “Dreamcatcher” feels like a love letter to all of Trek, but also, probably “This Side of Paradise” in particular. In many ways, “This Side of Paradise” was a huge turning point of the classic show, because it was the first script that D.C. Fontana took ownership of it in a very real way. And although “The Naked Time,” had come before it, “This Side of Paradise” set the tone for an episode that could contain humor and danger in equal measure; all while the crew was basically acting out of character. Without “This Side of Paradise,” Fontana’s ability to expand Spock’s background and emotionalism may never have happened.

But more broadly, “This Side of Paradise,” created an interesting Star Trek tradition: While everyone is always boldly going, there’s inherent loneliness to the journey. If you throw in just a little bit of utterly persuasive alien spores, it’s enough for Star Trek people to consider just giving up and staying where they are. Again, this kind of stuff exists in all sorts of fiction, but for some reason, the “This Side of Paradise,” plot in Trek is super-powerful because it threatens to end the basic premise of Star Trek; that people keep moving, keep boldly going. This works well with Prodigy since we’re basically dealing with The Boxcar Children in space. Of course, they want comfort. Of course, they want something that feels like home. In TOS and DISCO, when the crew are haunted by illusions that might make them quit their cool Star Trek jobs, it hits differently. Sometimes people do quit, and that’s okay. (Looking at you, brave Nhan!)

But, with Prodigy, the idea that the kids might quit the ship is somehow scarier. Although the show is for kids, the context is actually much darker than most Treks. These kids are running from an evil warlord and they have no idea what they’re going to do next. They don’t have a mission or a purpose. And so, when tempting brainwashing spores appear, it’s actually terrifying. Star Trek has done this kind of thing before. But never quite like this.

Star Trek: Prodigy airs its mid-season finale on Paramount+ on November 18. At least 20 new episodes are expected to air in 2022.

Wakanda Forever: What Does The Future Hold For Black Panther 2?
Sci-Fi Short Film “Iteration 1″ | DUST
New Nightmare Is Wes Craven’s Meta Masterpiece
The Walking Dead Season 11 Trailer Puts the World Back Together the Way it Was
Every Activision Blizzard Franchise Now Owned by Xbox