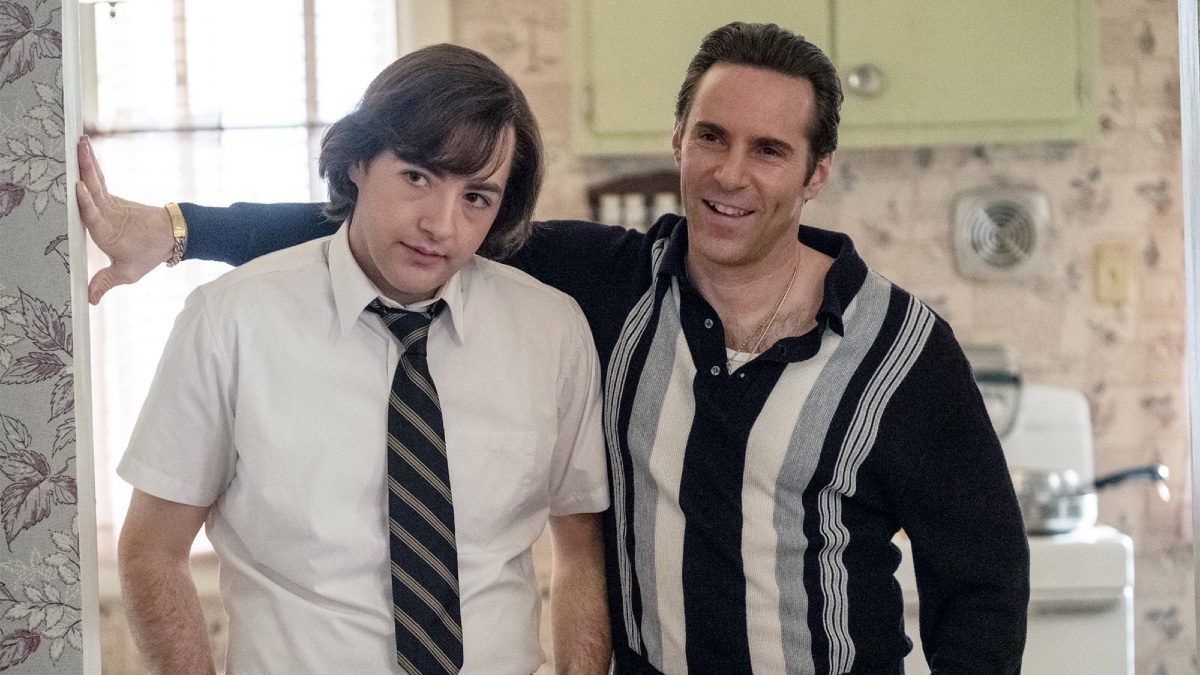 The best thing that Sopranos creator David Chase ever did for us was cut to black.

Though the ending of the classic HBO mob drama remains controversial years later, it’s hard to argue with the fact that it wasn’t definitive. Counterintuitively, refusing to show Tony Soprano’s presumed final moments has made the final scene of The Sopranos feel more ironclad than many other shows that attempted to achieve real closure.

The answer to “how does Tony Soprano’s story end?” is a very curt “none of your goddamn business. That’s between that man and his creator.” That ending, combined with Chase’s steadfast refusal to ever answer any concrete questions about it, let alone revisit it on screen, has made any sequels or continuations to The Sopranos functionally impossible.

Deadline reported today that HBO parent company WarnerMedia and David Chase are currently in talks for a Sopranos prequel series. This comes on the heels of the successful launch of Sopranos prequel film The Many Saints of Newark. Though Many Saints was not a box office success and was received only lukewarmly by critics, WarnerMedia noticed how it elevated the existing Sopranos brand and liked what it saw.

Previously Chase told Deadline that he might be interested in another Sopranos prequel project similar to Many Saints of Newark, which was set in the late ‘60s and early ‘70s. The Sopranos’ story begins in 1998. These interviews, combined with the news that Chase is signed to a five-year overall deal with WarnerMedia, makes it seem extremely likely that a Sopranos prequel television series will soon find its way to HBO Max (or whatever HBO Max is called once WarnerMedia officially merges with Discovery, Inc.).

In case the tone of this article hasn’t tipped you off yet, this is a very Bad Idea – for reasons both practical and intangible.

On the intangible side of things, another Sopranos series arriving on television feels like a karmic violation for pop culture. Working in entertainment media, you learn quite quickly that nothing is sacred. As long as an existing IP can be wrung to death for every available penny, it will. That’s how magical entertainment experiences like taking in the filmmaking majesty of Star Wars in 1977 gets reduced to line items on a spreadsheet decades later.

For the most part, we all have no choice but to get with the program. And in the program’s defense, it can sometimes lead to pretty magical entertainment experiences on its own. Far be it from me to deny a child the joys of visiting Star Wars: Galaxy’s Edge and making their own personal lightsaber. Still, everyone is bound to have their red line of capitalistic no return and The Sopranos is mine.

The original HBO series is just perfect. It’s 86 episodes of pure brilliance – from writing to acting to directing set design to presumably catering. Not only that, but the themes it presented have grown only more resonant in the years since it signed off. Tony opines in the pilot that he felt like he came in at the end of something. He’s referring to the mafia, of course, but attentive turn-of-the-millennium viewers understand that he’s referring to…just about everything else too. Tony’s prognostication would be proven right mid-series as 2001 passed, the towers fell, and some indescribable way of American life was gone forever.

Younger viewers, staring down the realities of societal dysfunction and climate collapse, have been coming to The Sopranos’ in droves of late and finding that the show speaks to them on a deep level as well. When nearly 86 full hours of entertainment that are proven to appeal to multiple generations and are already easily available on a streaming channel, what is the point in making any more?

But perhaps that’s all just nostalgic mumbo jumbo from an older millennial not wanting the world to change. Even if it is, however, there are more practical reasons for The Sopranos to not continue down this prequel path. Chief among them is the fact that The Sopranos just tried out a prequel…and it wasn’t very good.

The Many Saints of Newark certainly isn’t without its charms. It was wise to focus the narrative on Dickie Moltisanti, a man with little Sopranos baggage heading into the story and Alessandro Nivola did quite well in his performance. Michael Gandolfini taking on his father’s mantle as a young Tony Soprano was also a welcome surprise. Still, at the end of the day, Many Saints didn’t bring much else to the table. This was a shockingly straight-forward (and weirdly short) gangster tale, stripped of all the humor and Freudian pondering that made the show special.

Presumably, any Sopranos prequel series would focus on Gandolfini as a young Tony Soprano once again. After all, now that Dickie is out of the picture, there aren’t many other compelling protagonists left. But what could a prequel series tell us about Anthony Soprano that the previous 86 episodes didn’t? Tony is around 18 years old when The Many Saints of Newark ends, and is around 39 when The Sopranos begins. While that leaves 20 years of Tony’s life story untold, many of those years are already accounted for.

Thanks to the events of The Sopranos, we know a lot of Tony’s youth. He liked to spend time with his cousin Tony Blundetto’s family farm. He attended Seton University for a year but then dropped. At some point, he, Jackie Aprile, and Silvio Dante all robbed Feech La Manna’s legendary card game. And then that’s about it! If there were any other important flashpoints in young Tony Soprano’s life, they likely would have come up in his many therapy sessions with Dr. Melfi.

Those are all interesting enough events but are they really worth going into any further detail on? The Sopranos already had took its biggest swing in the form of the best TV series of all time. Adding to that legacy now is just throwing a few more numbers on a spreadsheet.

Final Fantasy Origin: Why Frank Sinatra’s My Way Is a Perfect Final Fantasy Song
Link Tank: Knives Out 2 is Coming Late 2022
Charmed Season 1 Episode 10 Review & After Show
Can The Mandalorian Save The Book of Boba Fett?
The Best Serial Killer Shows to Watch After Dexter: New Blood