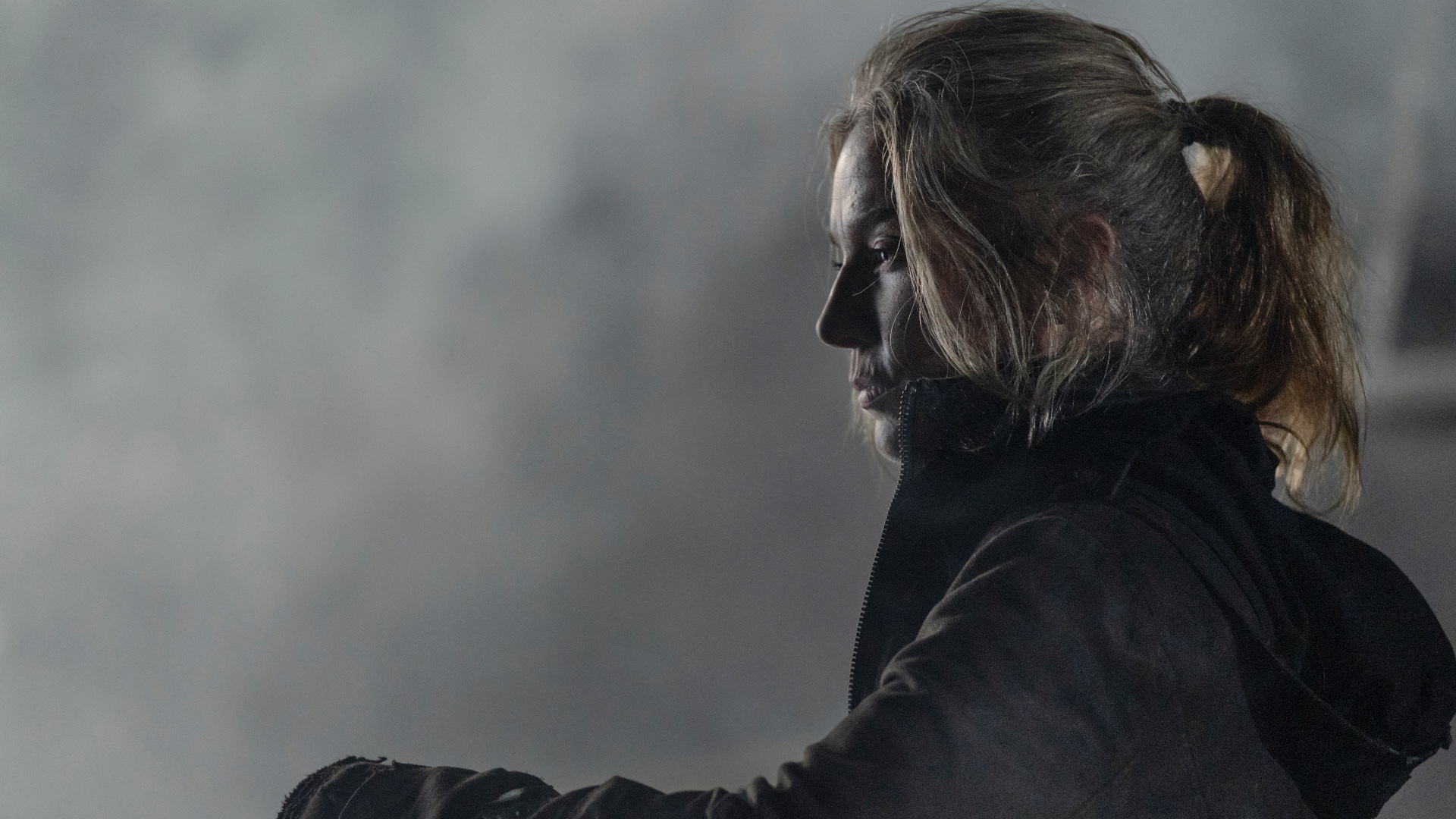 This article contains spoilers for The Walking Dead season 11 episode 8.

The first third of The Walking Dead’s 11th and final season came to a conclusion Sunday night though calling it an “ending” is a bit generous. The closing moments of “For Blood” find two of the show’s most prominent characters, Maggie and Negan, directly in the line of fire of a pretty fearsome weapon. As far as cliffhangers go, this isn’t nearly as brutal as Glenn and his magic dumpster or Negan’s lethal lineup that concluded season 6, but it sure is intense all the same.

The Walking Dead season 11 is airing in three chunks of eight episodes each, so the resolution to the Maggie/Negan cliffhanger won’t arrive until 2022. With that in mind, let’s break down the ending of “For Blood” and how it will fit into the series’ larger end game.

What Happens to Maggie and Negan?

The Walking Dead already tricked me into believing Maggie would die once this season and it’s not going to get me again. It might seem hard to believe in hindsight, but Maggie really did seem to be a goner at the end of the season 11 premiere “Acheron Part I.” Who knows what actress Lauren Cohan’s availability was like? And having her die at the hands of Negan would be both a shocking way to open the final season and a sound strategy for reestablishing Negan’s villainous bona fides.

Of course Maggie made it through that scare and subsequently spent a whole season hanging out with Negan for her troubles. Maggie and Negan are almost certainly going to make it out of this recent jam. Particularly since both turn up in AMC’s teaser for the show’s next batch of eight episodes.

How they do it, however, is anyone’s guess. Staring down dozens of arrows screaming through the night sky is not an enviable position for anyone to be in.

The weapon that the Reapers’ have at their disposal is a very intimidating one. According to Den of Geek Walking Dead reviewer and resident military historian Ron Hogan, that multiple arrow shooter appears to have been built out of the guts of an M270 Multiple Launch Rocket System (MLRS). In the absence of viable rockets, however, the Reapers have stocked the machine with arrows propelled by fireworks. This makes it more a hwacha, a 16th century weapon innovation that helped Koreans defend the Korean peninsula from the Japanese.

In speaking to Den of Geek prior to the season premiere, Walking Dead showrunner Angela Kang said the appeal in creating The Reapers was presenting a new set of villains that were competent in the ways of combat and war even before the zombie apocalypse. In this finale, we see how that comes to pay dividends.

Why Did Leah Turn Her Back on Daryl?

The reintroduction of Daryl’s former beau Leah (Lynn Collins) was one of the more inspired decisions that The Walking Dead made in season 11. Not only does she serve as a welcome introduction into the world of The Reapers but she also provides some much-needed narrative tension in this finale.

Once Daryl finally reveals that Maggie’s group are his “people”, Leah has a big decision to make. Does she stick with her own family and attack Maggie or does she honor her time with Daryl and save his people? Fascinatingly enough, Leah chooses “none of the above.” To be clear, she does take out Reaper leader Pope, but that doesn’t mean Maggie, Negan, and Gabriel get a reprieve. In fact, she seems even more eager to defend the Reapers’ home now that she’s in charge.

Leah wanted what Daryl wanted to an extent: Pope out of the picture. She just wanted it for a very different reason from Daryl.

“He forgot about what mattered. Not war. People. My people,” Leah says.

Unfortunately, those people are two very different groups to Leah and Daryl. Just as Daryl has been through hell and back with Maggie, Gabriel, and all the remaining Alexandrians, so too has Leah lived quite the life with her chosen family. In the end, she’ll do whatever it takes to defend her friends, including killing Pope…and Daryl’s friends.

Is This the End of Alexandria?

Honestly, it might be. The Alexandria Safe Zone has survived a lot – incursions from the Wolves and full out war with the Saviors. But coming out of the latest conflict with the Whisperers, the Virginia-based community looked to be on its last legs. Homes have been destroyed, crops ruined, and defensive walls compromised. And that was before the latest crisis.

The storm and the walkers it brings in this midseason finale are properly biblical in proportion. Pretty much every named character who matters is holed up in one house – Lydia, Virgil, R.J., Rosita, and Hershel upstairs, and Judith and Gracie in an increasingly flooding basement. If The Walking Dead isn’t going to kill Maggie and Negan, then surely it’s not going to kill Judith and Gracie. Don’t be surprised, however, if one of the adults is called on to sacrifice their life to save the children when the show returns. Virgil, in particular, seems itching to die for a good reason.

In the comic series, Alexandria nearly falls quite a few times as well. The resourceful Alexandrians are always able to bring things back from the brink just in time though. The biggest threat occurs right after the Whisperer War when the defeated Whisperers unleash their enormous horde of walkers upon the community.

Alexandria was able to get through that in the TV series but it might not be able to get through its biggest threat yet: budget constraints. All I’m saying is that those Commonwealth exteriors look mighty pricey. Certainly at some point the remaining Alexandrians will be compelled to pay Eugene and friends at the Commonwealth a visit. Perhaps they’ll have to do so because they have no home to return to.

The Walking Dead Season 11 Trailer Puts the World Back Together the Way it Was
Wakanda Forever: What Does The Future Hold For Black Panther 2?
Can The Mandalorian Save The Book of Boba Fett?
Scream Ending Explained
The Expanse Season 3 Episode 8 Review & Reaction | AfterBuzz TV