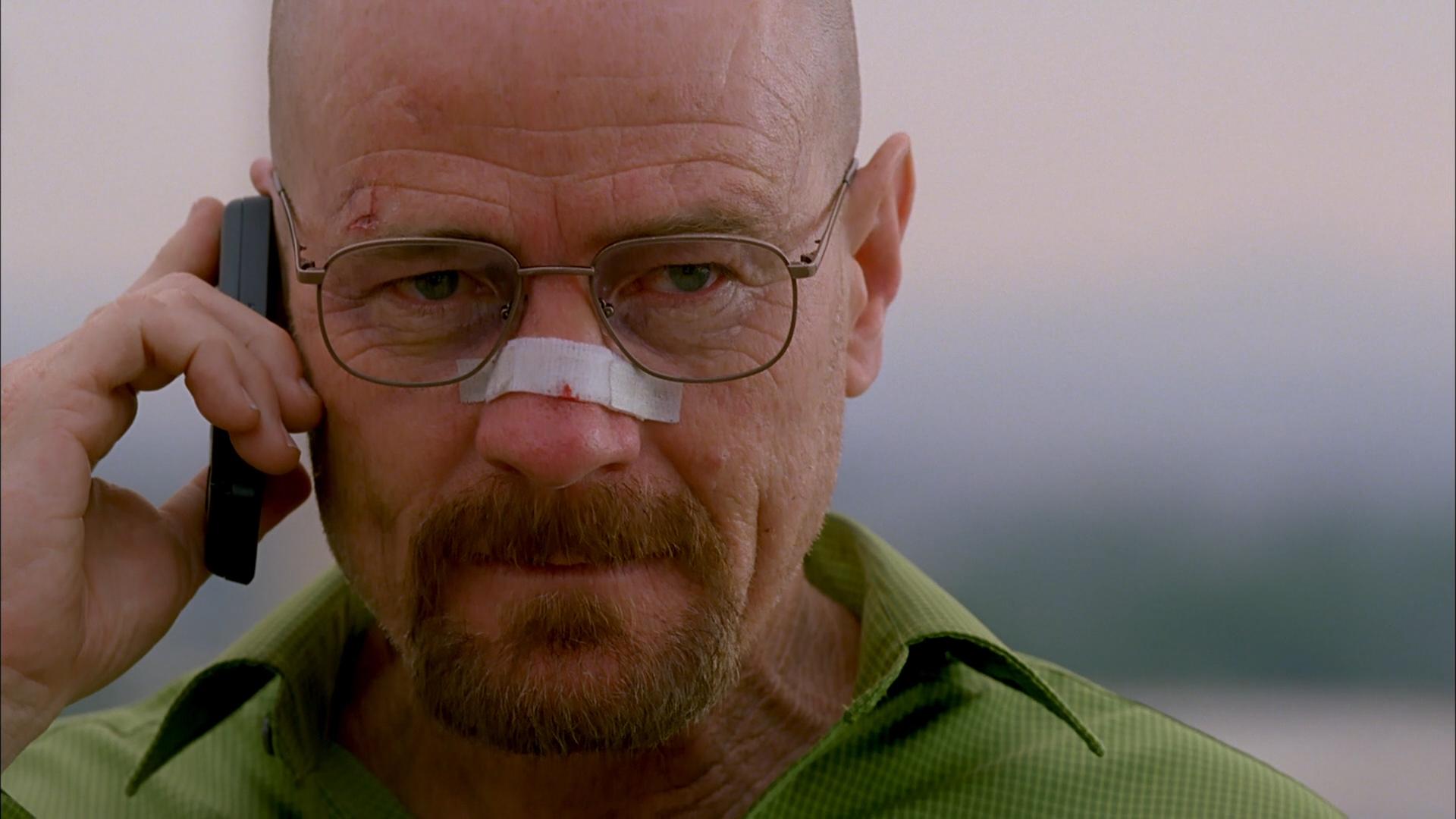 It is a nearly universal opinion that “Ozymandias”, the 14th episode of Breaking Bad’s fifth season, is not only the best episode of the show, but also possibly the best hour in modern television. And while there is no denying its greatness, there are a few extra elements that make the previous season’s finale even better.

It has been 10 years since “Face Off” aired on AMC and dramatic television since then has arguably never caught up. Combining a perfect mix of slow-burn buildup, immaculate payoff, and a feast of dense artistic stylings in between, “Face Off” remains every bit the masterpiece that it was in October 2011. Walter White and Gus Fring’s chess match finally reached its conclusion, and we couldn’t have asked for anything better.

Let’s discuss the 10 reasons the episode is still the best of the 21st century as we continue to watch it in 2021.

Let’s get one thing out of the way: Gus Fring’s death scene is not realistic in any way. After sitting inches from the exploding weapon that was hooked to Hector Salamanca, Gus walks studiously out of the nursing home room that his nemesis just suicide-bombed.

The audience gets to gradually see the unveiling of Fring’s half-blown off visage before the show’s best villain falls to his demise right before our eyes. It’s cartoony, and it’s ultra-unrealistic of what would happen in real life in the same situation; it’s also completely iconic.

With the help of The Walking Dead’s makeup designer, Greg Nicotero, the show was able to fulfill yet another of its trademark symbolic literary designs. Vince Gilligan is a master of visual storytelling, and seeing Gus split into two was surreal and oh-so right. The owner of Los Pollos Hermanos was always able to handle his double life better than anybody in TV history, only to have a petty dispute with Hector turn into his final exit.

It’s Breaking Bad’s ultimate ode to the flair for the dramatic that it loved going all out for. A decade later, it’s still one of the most recognizable scenes in entertainment. That’s a success if there ever was one.

Hector Salamanca Gets His Shine

Walter and Jesse get all of the acclaim in this show, but “Face Off” put Hector Salamnca and his crazy bell-ringing, eye-squinting persona at the forefront. Played with impeccable timing by Mark Margolis, the uncle of Tuco was the last trump card Heisenberg had up his sleeve to take out Gus.

The character gets to tell off the DEA and sear his rival all in the course of an hour, giving life to a one-off cartel boss who would fall flat in most other shows and movies. This is where Breaking Bad separates itself from other crime dramas: the side parts are fully fleshed out and imperative to the story.

The Lily of the Valley Twist

Plot twists are hard to execute today because audiences are smart enough and experienced enough as veteran watchers to always expect the unexpected. No shock reveal is too out of the blue because every hypothetical has already run through our heads.

Enter the Lily of the Valley twist. When the final shot of “Face Off” reveals that the poisonous plant that Jesse’s girlfriend’s son nearly succumbed to was housed in Walter White’s backyard, viewers were forced to face some tough questions.

We just got done thinking that the hero won the battle against the villain of the show, but instead Heisenberg is waging a war against our moral compasses. Though Walt was never necessarily “good” to begin with, he was at least not a complete monster. Now, how can we still root for someone who abuses kids? These types of anti-hero enigmas are no longer in vogue, but revisiting these character dilemmas years later is a stark reminder of times when TV was perhaps even more thought-provoking than the present.

Other shows are perhaps more known for their sampling of musical choices, but “Face Off” is Breaking Bad’s ultimate curation of songs in an episode, an accomplishment that demonstrates perhaps how underappreciated the art of sound was throughout the five seasons.

From Nora Jones’ “Black” to The Taalbi Brothers’ “Freestyle”, the hour featured an eclectic variety of tunes that ranged from somber to searing. There are none of Gilligan’s famous montage scenes in this episode, but it’s hard to think of another time the series used music more effectively.

As has been discussed ad nauseum, Breaking Bad is a show which proved as much as any other that cinematography, camera angles, color, and still shots are jam packed with hidden meanings and dense with analytical possibilities. This episode features some amazing filmmaking choices like Gus walking to his final minutes with Hector and Walt and Jesse’s lab-burning sequence.

The best shot of the episode is after the dynamic duo have succeeded in killing Gus. They share a long stare and handshake over the Albuquerque horizon, a twisted moment of intimacy that has even been discussed as an in-depth study on power struggles and manipulation dynamics. I personally just wished they would have hugged. *Shrugs*

It Could Have Been the Series Finale

Apparently, it wasn’t guaranteed that the series was going to be renewed for another season at the time of this episode’s airing. With this in mind, the writing team was able to perfectly combine both scenarios for closure and possible continuation.

If cancellation was imminent, we would have left knowing that Walt and his family were now safe from all external forces, but it was at the cost of their family patriarch’s soul. The door was left wide open, though, to elaborate on the final deterioration and downfall of Bryan Cranston’s remarkably portrayed character, and we indeed got that depiction in a two-part final season.

It Has a Very Aware Sense of Humor

It always sucks when TV people who make dramas don’t understand that humor is a must. Life is filled with funny moments, and especially so when the scenarios involve chemistry teachers taking explosives into infirmaries, breaking into law offices, and cartel bosses giving subtle middle fingers to the DEA.

Even amongst the climatic moments in this episode, many of the highlights are the lighter lines uttered by these beloved characters. “You brought a bomb into a hospital?” is still one of Aaron Paul’s best comedic deliveries among many in Breaking Bad.

In the Golden Age of Television, most acclaimed dramas were on premium cable. HBO, Showtime, and other subscription models of the era bled into streaming services that allowed for longer runtimes and greater freedom for storytelling.

Breaking Bad was on AMC, though, and the basic cable channel best known for showing Three Stooges marathons on New Year’s Eve didn’t get the same luxuries as the aforementioned network giants back in the early 2010s. Episodes were limited to about 45 minutes, meaning that even special season finales like this one needed to be jammed into a short period.

Just like a writer who is forced to craft a master thesis in 1200 words (Editor’s Note: Hey!), Vince Gilligan’s time constraints required him to build the tightest-paced episode in modern television. Every scene in this beauty matters. There is no fluff and absolutely no filler.

In the final 10 minutes of the show the audience is treated to Walt and Jesse burning down the super lab, discussing the health of Brock Cantillo, Walt calling Skyler to say “I won”, and the backyard plot twist by the White swimming pool. That’s more pure than Heisenberg’s crystal.

It Provides Great Closure to a Multiple Season Arc

The show is famous for its meticulous and drawn-out plotting, sometimes irritating those who are used to faster-paced crime dramas. For those who have the attention span to be patient, they were rewarded with closure to a feud that was back-and-forth fun for over two seasons between Walt and Gus.

So many season finales fail because there isn’t enough dramat beforehand. Breaking Bad set a standard that has been hard to live up to. There is no payoff without the build-up, and “Face Off” was Vince Gilligan’s climactic magnum opus following multiple seasons of cat-and-mouse theatrics between anti-hero and enemy.

Creative Plot That Cannot Be Replicated

How many times does the protagonist of a show or movie kill off his antagonist without even entering the same room as his enemy? The creative depths to which this show went to pull off this plot was just the right amount of crazy and controlled.

This storyline was also much more complex than Gilligan’s successive one in the series finale “Felina” in which Walt goes out buns a-blazin’ against Jack and Todd. It’s a huge reason why “Face Off” has aged so well, even in comparison to other episodes in the series.