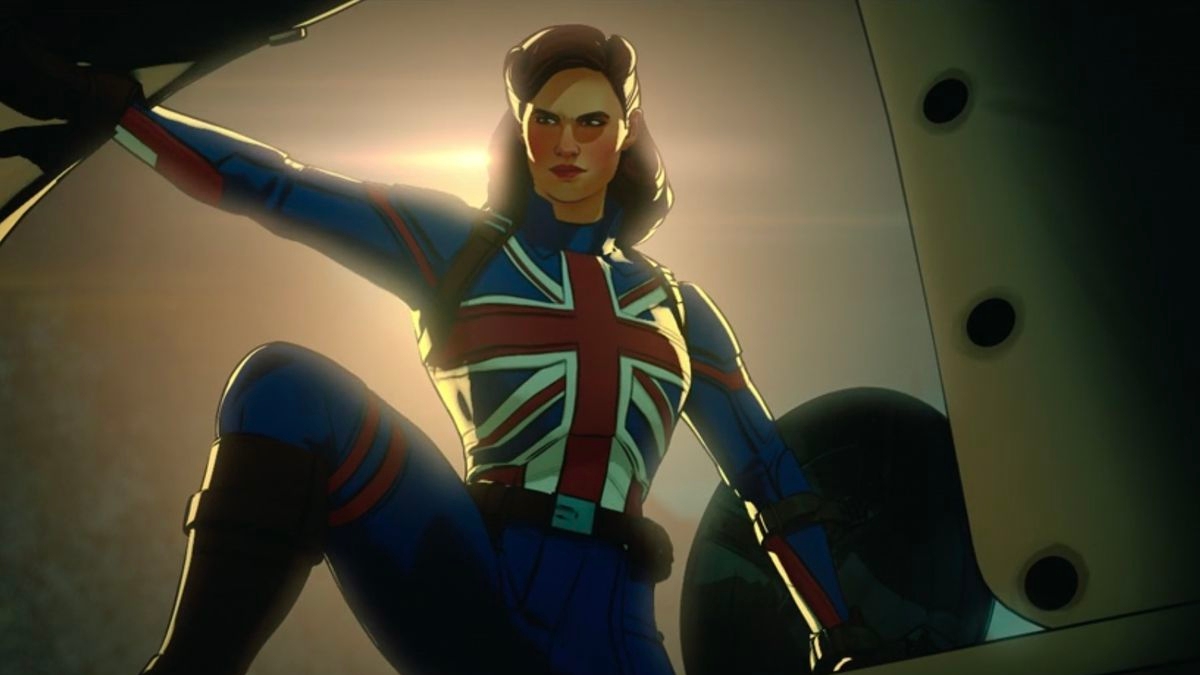 This article contains spoilers for Marvel’s What If…?

Marvel’s What If…? ended its first season while revisiting all eight previous episodes in one big crossover climax. All of the major worlds from the season have been given some sort of follow-up, including one from an episode that got cut completely! Despite its anthology nature, the final three episodes (well, the final two episodes and like 30 seconds of the one previous) morphed the season into one big story. As Uatu the Watcher goes back to his status quo of being us, but with narration duties, we close this chapter and await the confirmed second season.

We probably have a year at the very least before What If…? season two hits. I highly doubt it hits in 2022. But based on what’s left after the first season, what might we see?

Considering she gets her own post-credits scene in the ninth episode, I think it’s safe to say that we haven’t seen the last of Captain Carter. Hell, even the first What If…? comic issue (What If Spider-Man Joined the Fantastic Four?) got two separate sequels over the years. More than Uatu himself, Carter is practically the mascot for the animated series. She’s the marquee change who shows us how fun these worlds can be.

The post-credits scene reveals that not only did the HYDRA Stomper survive the ravages of time, but somehow its pilot Steve Rogers did as well. Did he get frozen again? We don’t know for sure, but with the hopeful way Black Widow talks about it, we’re led to believe that Steve is the same young, skinny hero from World War II and very much alive. Between this and Carter’s minimal understanding that HYDRA still exists, it will be very, very interesting to see how the alternate retelling of Captain America: The Winter Soldier works out.

The show’s director Bryan Andrews suggested that if not for Chadwick Boseman’s untimely demise, we not only would have seen a sequel to his intergalactic What If…? episode, but it may have even gotten a spinoff. Even if that episode suggested tragedy with the coming of Ego in a universe without the Guardians of the Galaxy, the finale showed that not only was T’Challa all over that, but the shot of Peter Quill fighting at his side suggested that Quill would join his ranks after all.

There’s fun to be mined out of the further adventures of the heroic Ravagers, but for now I think it’s best they leave it as a memorial to Boseman’s performance. Leave this optimistic world untouched, at least for a little while.

Other than Strange dropping a gigantic pile of zombies onto Infinity Ultron, we didn’t get much out of that episode. Well, I guess we saw that Zombie Scarlet Witch survived her encounter with the Hulk, but now she’s off the table. The Marvel Zombies sequel is definitely a possibility, as the cliffhanger from its episode has gone completely untouched. Really, it’s the only episode without any real follow-up.

Let’s just hope that when Thor does show up in Wakanda with Stormbringer, he’s smart enough to go for the head this time.

The Remains of the Other Episodes

A lot of the worlds introduced in What If…? have received closure. Black Widow helped save the “Hank Pym serial killer” world from Loki. Killmonger has been removed from his reality’s conflict, which ultimately just ends that story. Ultron’s universe is completely devoid of life. Party Thor could easily return, but there’s no unfinished business there. Then there’s Strange Supreme.

Strange’s assignment at the end of the season is an interesting one because he’s more or less being redeemed by becoming a Watcher in his own right. One who would have to interfere if need be. That might tie in with the possible repercussions of Uatu’s actions from the final two episodes. He broke the oath and he may have to answer for it. Strange could easily become involved in that situation.

We do know for sure that we’re getting that episode about Iron Man landing on Sakaar. That one didn’t make this season due to COVID, which in turn caused Gamora in the finale to come off like the Old James gag from the beginning of Half-Baked. Her episode is to What If…? what the Black Widow movie is to the MCU.

This is supposed to be a very humor-based installment of the series, but its lost episode status makes it rather fascinating. We know these characters going into the story and we know the characters in the aftermath, so it’ll be cool to see the animated journey.

The idea of Steve Rogers being elected president was one that didn’t make the cut as its own episode, but got to live on as an Easter egg during the eighth episode’s Uatu vs. Ultron scrap. It was going to be a big West Wing type of story about Rogers running the country. Maybe we’ll see them actually revisit the idea.

Funny enough, that was actually the basis for a What If…? comic issue (volume 1, #26). It was a mostly forgettable story outside of the Thing cutting what amounted to a wrestling promo to reporters about how he was voting Rogers and anyone who disagreed could kiss his granite ass. It was also a latter development in the Ultimate Universe and if Into the Spider-Verse is anything to go on, doing animated adaptations of late-era Ultimate Marvel isn’t the worst idea.

Shang-Chi and the Eternals

A later season means more toys to play with. The Black Widow from the Ultron universe got to make a few references to the Black Widow movie, but by the time we get to the next season, we’ll have more Marvel canon to mold stories out of. That means, for instance, that we can see what reality would be like if the Eternals actually did help out against the likes of Thanos or even earlier.

Since Shang-Chi’s movie is actually out, there’s more for us to speculate with. Maybe a world where Shang-Chi’s father was killed instead of his mother. Maybe one where Shang-Chi decided to stick with the family business after committing his first assassination. The possibility of redoing Iron Man 3 with Wenwu as the villain is so on the nose that it would be a waste not to do the episode.

The Loki series, especially the fifth episode, had a lot of fun introducing all the different incarnations of the titular hero. With the multiverse unraveling, we could easily get a What If…? tie-in that gives us a closer look at the various variants. It could just be one episode with each Loki getting his or her own segment explaining their paths.

We could see what Sylvie’s life could have been like had she was not arrested. We could have seen what Boastful Loki’s deal was. Get a comedy segment of Gator Loki. Even a poignant final story about Classic Loki leaving exile to reunite with his aged brother so many years after Thor thought him dead.

In the end, the possibilities are endless. Do an episode about Captain Marvel remaining on Earth. Give us 30 minutes of Wanda Maximoff and Vision surviving Avengers: Infinity War. Show what Avengers: Endgame would have been like if the opposite half of living beings had been wiped out instead. As long as the MCU is chugging along, the sky’s the limit.

If you want to dig deeper into What If…?, please consider subscribing to Marvel Standom on the Den of Geek YouTube channel, where we dish out weekly episodes on all the new Marvel TV series, trailers and movie releases. Can’t stand our faces? That’s fair! You can listen to Marvel Standom on Spotify and Apple, too.