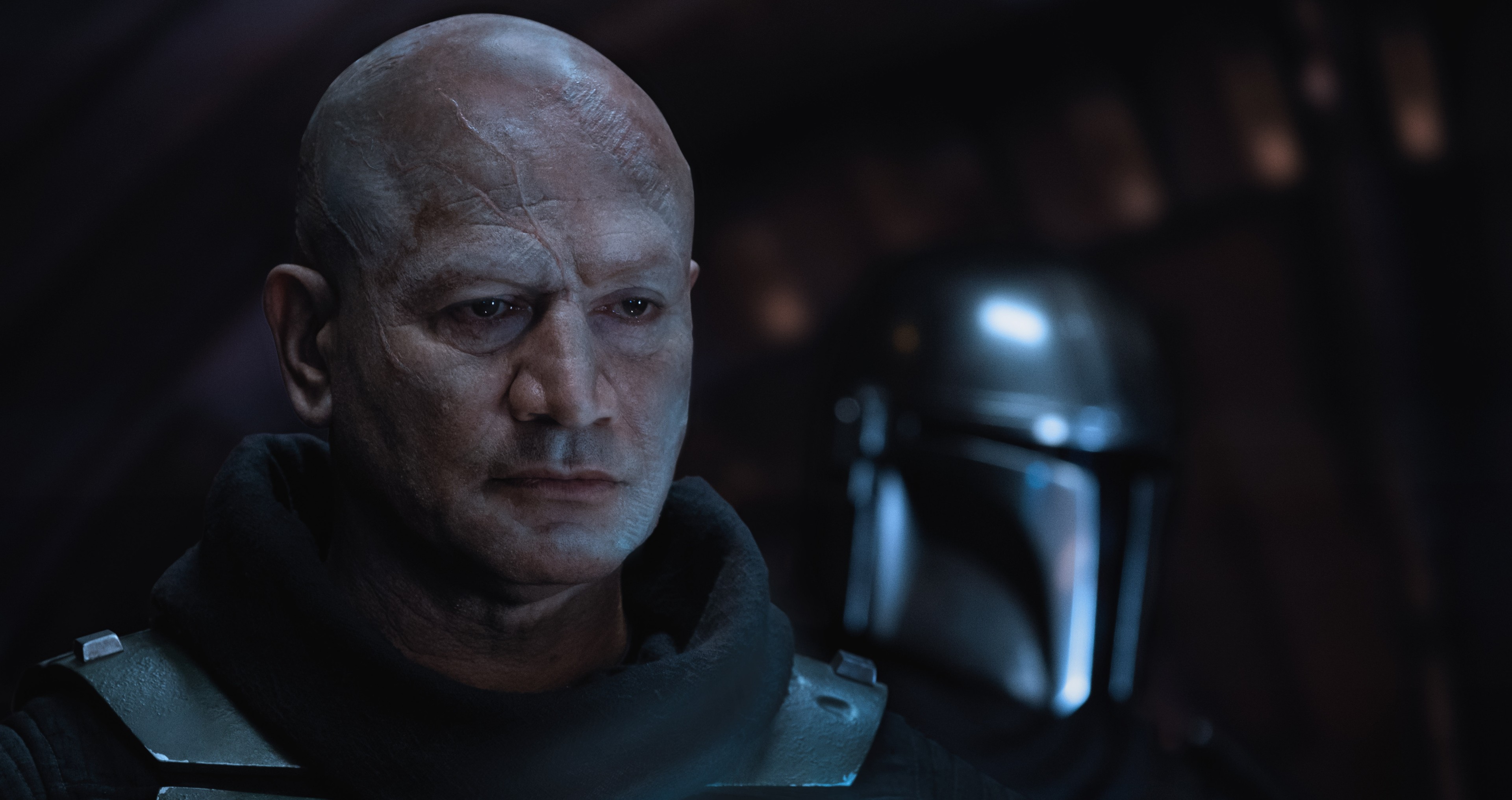 The return of infamous bounty hunter Boba Fett in The Mandalorian was the first big surprise in a second season full of them. First as a hermit living in the deserts of Tatooine, and then as a Mandalorian warrior on a quest to get his father’s armor back, Boba’s story five years after Return of the Jedi was told in the background of Din Djarin and Grogu’s own adventure. And it all led to a massive cliffhanger in the season finale that showed Boba and his new partner, the assassin Fennec Shand, take over Jabba the Hutt’s palace.

This is where Boba’s spinoff series, The Book of Boba Fett, picks things up. With Jabba and all of his minions dead, Boba and Fennec can now take over the Hutt’s criminal organization.

“The Book of Boba Fett, a thrilling Star Wars adventure, finds legendary bounty hunter Boba Fett and mercenary Fennec Shand navigating the Galaxy’s underworld when they return to the sands of Tatooine to stake their claim on the territory once ruled by Jabba the Hutt and his crime syndicate,” reads the show’s official synopsis.

It’s not much to go on in terms of The Book of Boba Fett as it’s just confirming what we saw in the cliffhanger is what the spinoff is about, but it does tell us how Disney will further differentiate its version of Boba from his counterpart in the old Legends continuity. Indeed, like in The Mandalorian, the Boba Fett of pre-Disney canon found a way to escape the sarlacc’s digestive system and go on many more adventures, but he ultimately walked a very different path than Disney’s much more petty king.

Boba and Fennec seem to have very big ambitions in The Book of Boba Fett. After decades of working for the most powerful people in the galaxy, they want to become the crime lords now. But that won’t be very easy to accomplish, considering Jabba is only one of a whole clan of Hutt gangsters that rule their own sector of space and all the resources and manpower that come with it. Eventually, someone’s going to wonder why Bib Fortuna hasn’t reported in.

But in Legends canon, Boba wasn’t interested in staying on Tatooine and taking over Jabba’s territory. Quite the opposite. After TWO harrowing experiences inside the sarlacc’s stomach (he escaped but then got stuck again; long story), Boba wanted nothing more than to get off the hellish planet. And when he finally did escape that rock, with the help of bounty hunting rival Dengar (who is rumored to appear in Book), it wasn’t to become a crime boss. Boba actually liked the idea that everyone in the galaxy thought he was dead. It allowed him to operate under the radar of the New Republic, taking on jobs from only the most discrete clients to preserve his cover. He also ditched the Empire, which seems to be the biggest similarity between Legends Boba and Disney Boba, who helped Din rescue Grogu from Moff Gideon before heading to Jabba’s palace.

Before Boba and Fennec decided to become crime lords, it was easy to assume that Disney was interested in remixing some of Boba’s post-Return of the Jedi Legends story for the Disney+ series. After all, the studio seems to be doing something similar with Grand Admiral Thrawn and the Heir to the Empire storyline, which could end up being the big crossover event that ties The Mandalorian, Book of Boba Fett, Ahsoka, and Rangers of the New Republic together, with the infamous Chiss villain set up as the big bad who threatens the galaxy.

In fact, when Boba returned in The Mandalorian season 2 premiere, you could fill in the five-year gap between Return of the Jedi and his first run-in with Din by using what you knew about Legends canon. The time he didn’t spend inside the sarlacc was probably spent simply healing and trying to survive the Tatooine heat. We know from the robes he wears and the gaffi stick he carried early on in the season that he probably received help from the Tusken Raiders in lieu of Dengar, who doesn’t know Boba is still alive in this continuity as revealed in the Star Wars Aftermath books. And the reason Boba didn’t have his iconic armor is because Jawa scavengers recovered it first.

What he got up to off-planet is anyone’s guess, but since The Mandalorian revealed that he had access to his ship all along, one could assume that Boba spent time taking on the same kinds of discrete jobs as his Legends counterpart did, using his lack of armor to hide who he really was in order to stay under the radar. But Disney canon Boba was clearly just biding his time until he could get his armor back and use it to take over Jabba’s palace.

That’s my headcanon, anyway. How Disney will fill in those gaps in The Book of Boba Fett remains to be seen. What’s even more interesting is what Boba’s future might hold. In Legends, Boba continued to hunt bounties for years until he eventually ascended to a position of power as Mand’alor. As the leader of the Mandalorians, Boba allied his people with the Republic in the fight against an empire of extra-galactic alien invaders known as the Yuuzhan Vong, which you could call a major heroic turn for a guy who most fans first met on the bridge of an Imperial Star Destroyer.

It’s also interesting that Mandalorian affairs and the future of Mandalore are currently at the center of Star Wars drama, at least when it comes to the group of shows that branch out from The Mandalorian. Bo-Katan Kryze wants to reclaim her throne, but Din is now the wielder of the Darksaber, which technically makes him Mand’alor, even if he wants nothing to do with that tradition. Where does all of this leave Boba, though? In Disney canon, the bounty hunter has found a new throne to sit on, and this one seems to really suit him.

The Book of Boba Fett premieres on Dec. 29 on Disney+. In the meantime, check out the complete list of upcoming Star Wars movies and TV series here.