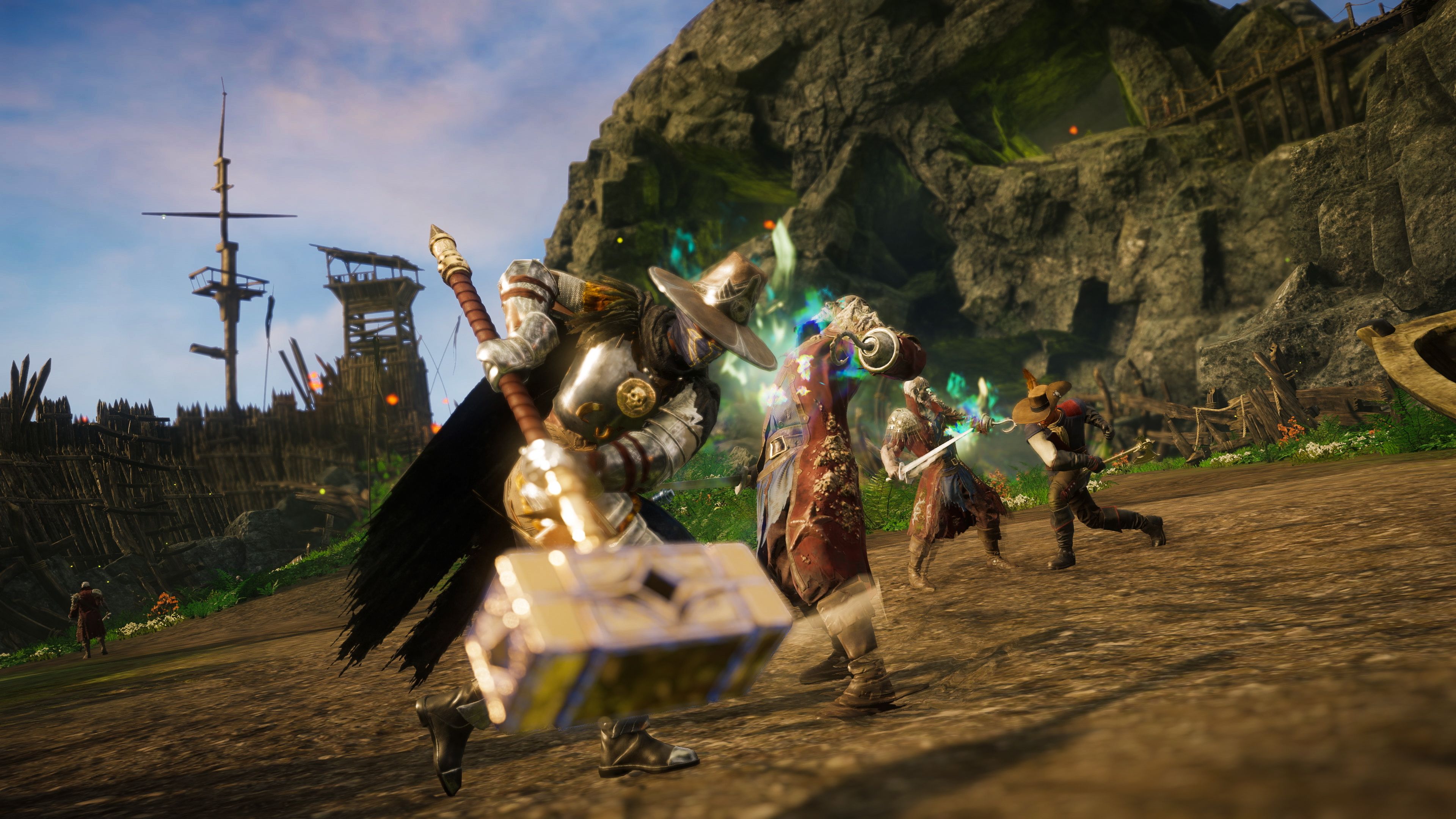 New World features some of the most interesting character-building, skills, and weapons systems I’ve seen in an MMO in quite some time. While many MMO developers talk about balancing such systems to discourage meta min-maxing and encourage experimentation, New World‘s flexibility genuinely encourages you to explore a variety of builds to see what works best for you.

Having said that, this is an MMO we’re talking about, and even in New World‘s earliest days, it’s already becoming clear that there are a select few “class” builds that are at least comfortably among the best available options.

So while we’re happy to share some of the best New World builds that players have found so far, keep in mind that this is still a very young game and we won’t know what the most powerful overall options are until the meta settles sometime down the line.

Interestingly, New World doesn’t emphasize the traditional “tank” role that we see in other MMOs. You can honestly run most of the game’s existing PvE content with three damage dealers and a healer if you choose to do so.

That being said, it does seem like the best “tanking” option in New World is a Swordmaster/Defender build that leans more towards the Defender skills. Specifically, you’re really looking to acquire the Shield Bash and Defiant Stance capabilities, which allow you to unlock some of the few “taunts” in New World. By liberally using those taunt abilities, you’ll be able to keep enemies focused on you and perform basic tank responsibilities. It’s also highly recommended that you spec into the Defensive Formation skill, as that is by far your best group defensive option.

Most tanks will also absolutely want to use a two-handed weapon in their secondary weapon slot, though the choice of which two-handed weapon to use is subject to some debate. At the moment, it’s basically between the Great Axe and the War Hammer.

While a Great Axe allows you to effectively swap to damage dealing in a pinch (it’s a very powerful weapon that even offers some self-healing options), the War Hammer offers some of the best secondary tanking skills in the game. If you’re going for more of a pure tanking role, choose the War Hammer and enjoy its various crowd control and party buff skills.

There are quite a few great melee DPS options available to you in New World, but the best weapon combination at the moment seems to be to go full lumberjack and maximize the capabilities of the game’s axes.

The Hatchet is your primary weapon in this built, and will certainly be your go-to option in most encounters. This weapon’s ridiculous attack speed allows you to melt through enemies if you pick the right skills. In fact, just ignore the Hatchet’s “Throwing” skills entirely and go full “Berserker” if you want to get the most out of this absurdly powerful (and quite fun) weapon.

You’ll also want to pair your Hatchet with a Great Axe, which is not only useful for PvE situations where you find yourself suddenly surrounded by enemies, but will certainly help you out in PvP scenarios where you’re not able to easily focus on a single target. There’s a lot of flexibility when it comes to Great Axe skills, but this particular build focuses more on the “Mauler” side in order to take advantage of its crowd control options.

It hurts to tell you this, but right now, it’s difficult to build an effective ranged DPS character in New World that offers the consistent potential of your other damage-dealing options.

That being said, the Musket feels like your best primary ranged weapon option at the moment. It’s not quite as versatile as the bow (which can certainly be quite good), but its pure power and unique skills mean that it offers the chance to effectively “one-shot” other players (or at least maximize the damage potential of each shot that you take).

For the secondary weapon in this build, you can either go with a Rapier or a Spear. The Spear offers some interesting complementary abilities, but since the Rapier seems to be the more reliable overall weapon for the hopefully limited melee encounters you’ll participate in with this build, I’d say just go with that and make life a little easier for yourself.

Again, New World doesn’t feature the typical magic builds you’ll find in other MMOs, though the best choice for wannabe mages at the moment seems to be this potent combo of fire and ice weapons.

The Fire Staff will absolutely be your primary weapon in this build, though you should know that it’s going to be quite some time before you’re able to really rely on this weapon. Not only are its best skills buried deep into its weapon tree, but until you raise your intelligence and get better gear, you’re going to drain your mana quicker than you’ll be able to kill most enemies. As such, you may want to rely on a more “traditional” weapon until you level up a bit.

Eventually, though, you’re going to want to pair your Fire Staff with Ice Gauntlets. That weapon’s ability to quickly restore your mana through critical and elemental attacks means that they allow you to negate the Fire Staff’s biggest downside. They’re also quite powerful on their own.

When it comes to healing in New World, you really only have one primary weapon option: the Life Staff. It’s literally the only viable group healing weapon in the game.

Thankfully, it’s pretty much all you’ll ever need. By focusing on your group healing/protection skills, Life Staff users will be able to keep a party on their feet through any PvE scenario and most PvP encounters. Just know that you’re going to naturally have a harder time defending yourself in both scenarios.

That’s where the Ice Gauntlets come into play. While you may want to pair the Life Staff with a Hatchet at first until you level up your Ice Gauntlets, you’ll eventually be able to use that powerful secondary weapon to not only deal out a surprising amount of AOE damage but restore your mana and offer additional protection abilities to your party.

There are quite a few viable PvP builds available in New World at the moment, but this Great Axe and Hatchet combo is a fantastic choice for melee players looking to deal as much damage as possible.

Interestingly, the Great Axe is actually your primary weapon in this build (it can just melt through enemies in PvP), while the Hatchet is mostly used as a ranged weapon that helps you maximize your damage in certain scenarios. Its speed and debuff abilities just compliment the Great Axe really well.

If you’re not into melee combat, the Fire Staff and Ice Gauntlets combo we recommended above is also excellent for PvP scenarios.