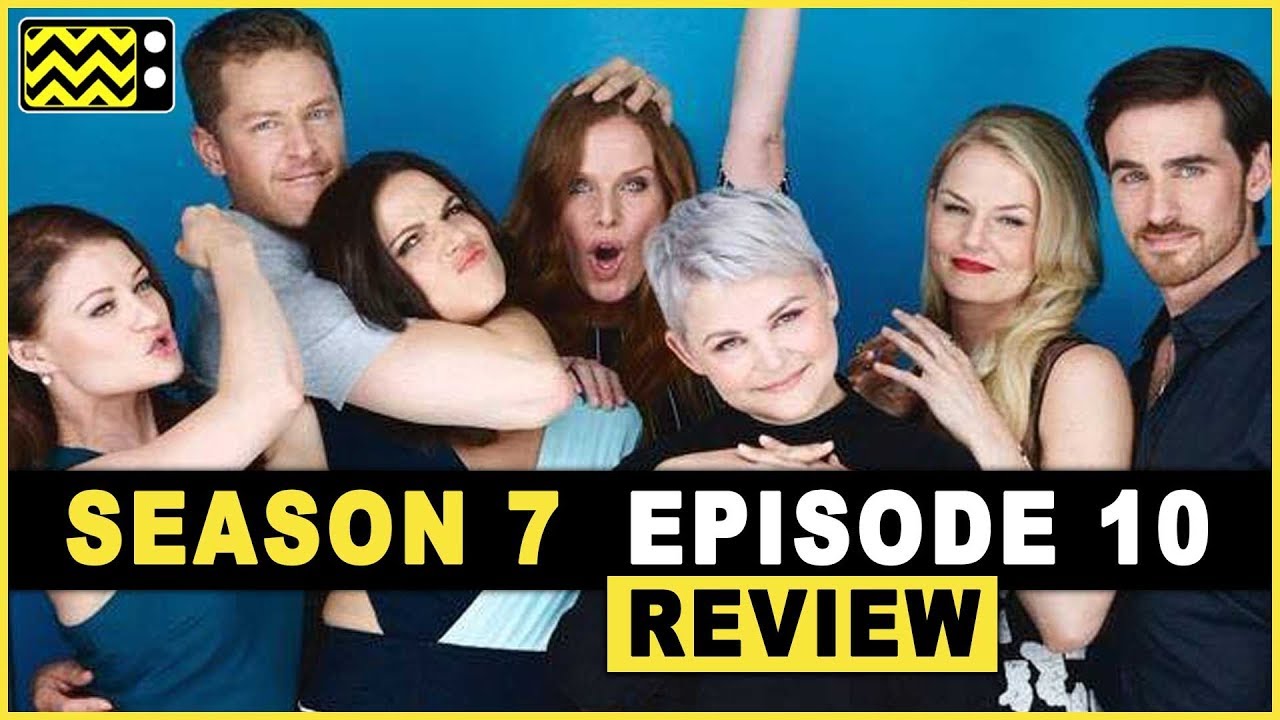 Share on Facebook
Share on Twitter
Share on Pinterest
Share on LinkedIn
Hosts discuss Once Upon A Time for the episode “The Eighth Witch.”
AFTERBUZZ TV — Once Upon a Time edition, is a weekly “after show” for fans of ABC’s Once Upon a Time. In this episode, hosts Ally Nasta, Carolina Bonetti, Lanisha Fisher, and Steph Sabraw discuss episode 10.

ABOUT ONCE UPON A TIME:
Once Upon a Time is an American fairy tale dramatic television series that premiered on October 23, 2011, on ABC. The series takes place in the fictional seaside town of Storybrooke, Maine, in which the residents are actually characters from various fairy tales and other stories that were transported to the “real world” town and robbed of their original memories by the Evil Queen Regina (Lana Parrilla), using a powerful curse obtained from Rumplestiltskin (Robert Carlyle). The residents of Storybrooke, where Regina is mayor, have lived an unchanging existence for 28 years, unaware of their own lack of aging. The town’s only hope lies with a bail-bonds person named Emma Swan (Jennifer Morrison), the daughter of Snow White (Ginnifer Goodwin) and Prince Charming (Josh Dallas), who was transported from the Enchanted Forest to our world via a magic wardrobe as an infant before she could be cursed. As such, she is the only person who can break the curse and restore the characters’ lost memories. She is aided by her son, Henry (Jared S. Gilmore), with whom she has recently reunited after giving him up for adoption upon his birth, and his Once Upon a Time book of fairy tales that holds the key to breaking the curse. Henry is also the adopted son of Regina, providing a source of both conflict and common interest between the two women. Episodes usually have one segment that details the characters’ past lives that, when serialized, adds a piece to the puzzle about the characters and their connection to the events that preceded the curse and its consequences. The other, set in the present day, follows a similar pattern with a different outcome but also offers similar insights. Follow us on http://www.Twitter.com/AfterBuzzTV “Like” Us on http://www.Facebook.com/AfterBuzzTV Buy Merch at http://shop.spreadshirt.com/AfterbuzzTV/

2021 Was the Year Xbox Was Proven Right
Top New YA Books in December 2021
Could She-Ra Come to Masters of the Universe: Revelation Season 2?
Lethal Weapon Is the Action Christmas Movie Die Hard Wishes It Was
Sci-Fi Short Film: “Tethers” | DUST