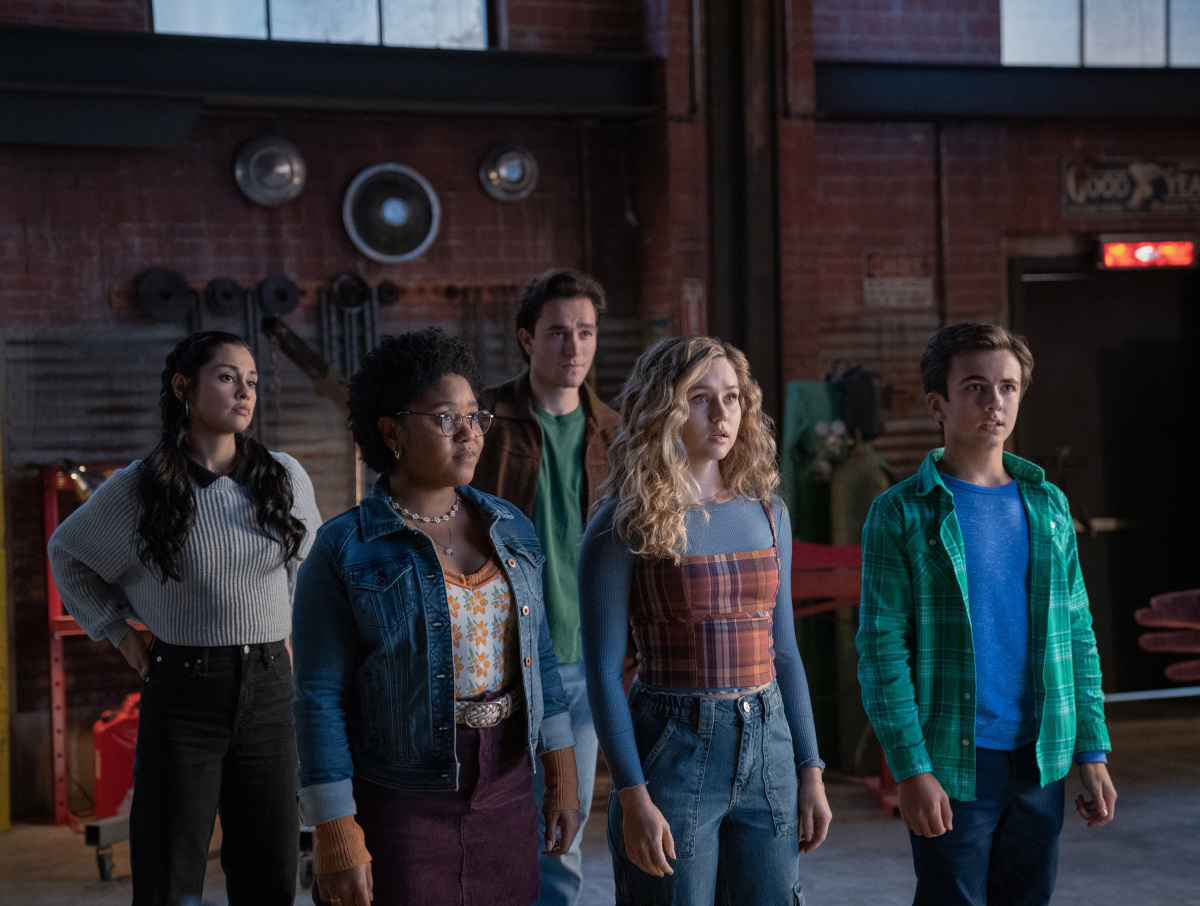 Ever since that pink pen showed up back in Stargirl’s third episode last year, we’ve all pretty much been waiting to see who would claim Johnny Thunder’s infamous genie-summoning accessory. In “Summer School: Chapter Three” we find out – though likely not the way that most of us expected.

Perhaps we should have guessed that Courtney’s stepbrother Mike was destined to find some way to be part of the Justice Society of America. After all, the entire Dugan-Whitmore clan not only knows about Courtney’s secret identity as Stargirl, they’re all actively helping her with her quest to rid Blue Valley of both supervillains and generally nefarious criminals. It was only a matter of time, right?

Sure, none of us probably thought Mike would essentially become Mike Thunder, thanks to the pen that Courtney conveniently never returned to Pat. But it sort of makes sense. I don’t think Mike was ever going to become an expert in hand-to-hand combat or anything, and this is the sort of “power” that would have let him use his obviously clever mind. It’s not the worst fit in the world.

And for a while, it seems like it might actually work. On the surface, this episode is peak Stargirl silliness. It’s hard not to smile while watching a hot pink CGI genie who interprets your wishes in the worst way possible and drops stop signs on unsuspecting teens who like to bully Girl Scouts. It’s fun – and that’s what this show excels at.

But it also excels at telling stories specifically grounded in teenage experiences, and that’s what “Summer School: Chapter Three” ultimately turns out to be. Thunderbolt chooses Mike because he’s lonely and sad, and he feels like that because he’s afraid he’s being left behind. That the rest of his family is developing a whole new relationship separate and apart from him, one in which he isn’t allowed to participate (or really even acknowledge). That his life is spiraling in a way that he doesn’t understand and can’t control

It’s a feeling Pat himself should remember well – the episode opens with another example of “Stripesy” being written off as a simple sidekick, someone whose job it is to keep the car running, but never save the day in his own right. (Or even get the chance to help protect the people he cares about.) He was also constantly belittled and left behind, and the fact that he doesn’t recognize that his own son is feeling the same way he once did is a reminder that Pat’s as human as any of the kids he’s training.

We may be just three episodes into Stargirl Season 2, but this show is punching well above its weight when it comes to wrestling with the sort of big moral and philosophical issues that are part and parcel of life as a superhero. Beyond the question of whether Mike has the right to make his own choices about whether or not to participate in what is essentially the new family superhero business, there are other big emotional arcs happening with the other JSA members.  Rick seems to be attempting to atone for his fight with Solomon Grundy last season by sneaking him snacks in the woods.

And I’m not sure I ever saw Arrow’s Oliver Queen wrestle with killing a bad guy in the same way that Yolanda has done so far this year, and her desperation to find a kindred spirit in Mike – who also killed one of the ISA in last season’s finale – is strangely moving. (Though, admittedly, I’m not sure if we’re meant to take Mike’s explanation that his killing of Icicle was little more than an accident at face value or not. Is it a better story if he just wasn’t bothered by it the same way Yolanda is?)

Interestingly enough, Mike only relinquishes the Thunderbolt pen by accident – thanks to an ill-timed throwaway statement that he “wished it was in better hands” causes it to disappear. Prior to that moment, he’s fully ready to accept his superhero learning curve lumps the same way Courtney did, and out of the many options on the table, I think “giving up Thunderbolt” was not the one that Mike would have ever directly chosen.

Granted, we’ve all basically known ever since he offhandedly mentioned the name of his friend Jakeem that Mike’s fellow paperboy would most likely end up part of the new JSA. But the fact that his powers are going to be a direct result of Mike’s actions – actions which crushed his own dreams of being an official JSA member himself – well, one has to assume that’s not going to be something that’s particularly easy for him to get over.

At the end of the Season 2 premiere, when Mike’s photo is revealed as one of the people Cindy Burman is hoping to recruit for her new reconstituted Injustice Society, it’s hard to imagine how such a plan could possibly work. Mike is a Dugan through and through. He loves Courtney. He desperately wants to be part of her superhero team. Heck, he already even knocked off a supervillain!

But after “Summer School: Chapter Three”, it’s suddenly a lot easier to see how Cindy’s plan could actually be successful. Mike was already feeling isolated and like the odd one out in his family. Now he’s actually gotten a taste of the belonging he wanted so badly – to be a hero the way his (step)sister is, to be so special that he has to be included in the group’s crime-fighting activities, to finally feel like part of the team. Now he’s not only lost it all, but he actively threw it away with both hands, Not on purpose, obviously, but the end result is the same. Does that sound like a person who might be susceptible to Cindy’s supervillain sales pitch? Maybe? And that outcome feels a lot closer than it did when this episode started.

We officially meet Jakeem – now officially Jakeem Thunder, I suppose – at the episode’s end, in a cliffhanger of sorts that feels like it’s another piece of the larger Season 2 puzzle that began with “Summer School: Chapter Two’s” introduction of new Green Lantern Jennie. It doesn’t necessarily feel like we’ll see either of these characters next week – or maybe even in the next couple of weeks – but it certainly seems as though we’re far from done with either of them.