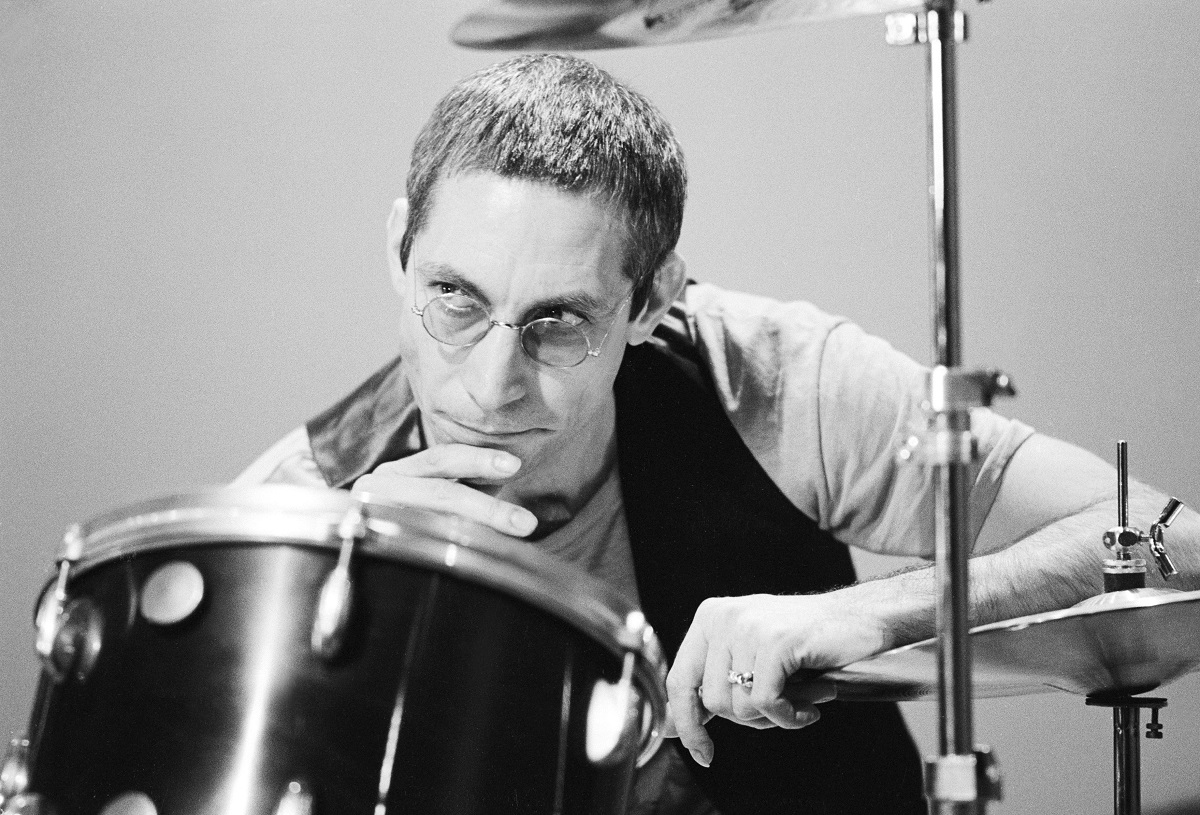 Charlie Watts’ drums were the foundation of The Rolling Stones. Mick Jagger and Keith Richards wrote the songs, got the most press, and were the most visible members, but Watts dictated the style. Besides being named to Vanity Fair’s “Style” Hall of Fame, Watts kept the Stones’ sound intact and impeccable, regardless of whatever the songwriters brought into the studio.

There is an incident recounted in the 2010 memoir Life, by Richards and James Fox, about a mid-1980s party which hits the nail on the head. Mick drunk-dialed Charlie’s hotel room in the middle of the night to invite him to a party which was raging. Jagger demanded to know “Where’s my drummer?” Watts showed up. He’d showered, shaved, put on a suit and a tie, beautiful shoes, freshly shined, and “you could smell his cologne.” He walked up to the Rolling Stones’ frontman, grabbed him by the lapel, and told him “Don’t ever call me your drummer again. You’re my fucking singer,” and punched Mick in the face.

Charlie Watts, the now, sadly late, great drummer for the Rolling Stones, didn’t capture the spotlight of his bandmates, and never became as iconic as some of his iconic contemporaries. Led Zeppelin’s John Bonham had power, and a double bass sound which could reach the bowels of the earth. Keith Moon was as much a shooting star over his kit as he was in his rock and roll life. Neal Peart had almost as many individual drum heads as Rush’s songs had time signatures, while Ringo Starr made complicated time changes sound easy.

Watts didn’t take solos, wasn’t a bombastic or showy player, and never graduated from the basic four-piece drum set, usually Gretsch in basic black, and preferably circa 1957. Even Ringo’s later Ludwig kit had five pieces. But Charlie leads the band from the bottom of his 22″ x 14″ bass drum, 16″ x 16″ floor tom, 12″ x 8″ mounted tom, and 14″ x 5″ snare. No gongs, no double bass drums.

Watts was not flamboyant. He was solid, laying down methodical beats with minimal fills, and only basic rolls. He could do them, and effortlessly, but he saved them for meaningful moments like 1968’s “Jigsaw Puzzle.” Ever-present, Watts never got in the way, even dropping eighth-note hi-hats to give room to snare. He moves seamlessly through shuffle, psychedelia, disco, reggae, or funk. Charlie drummed in riffs and hooks. They were simple, unique, and got stuck in your mind. His jazz training put a swing feel to strict patterns. He made regular rock-and-roll beats dance and bounce.

We’ve chosen an album’s worth of hot rocks that showcase Watts at his understated best. Turn it up, and appreciate a master at work.

The Rolling Stone’s first single, a cover of Chuck Berry’s “Come On,” was released in June 1963. Just when you think Watts will never deviate from his boogie woogie shuffle, his drum fills counterpoint the song’s break, and give the key change more importance. He rides the cymbal for just a few sparse bars before he brings the song to an almost surprised stop.

“(I Can’t Get No) Satisfaction”

Richards’ fuzzed out lead is the standout hook, but the tambourine couplets proved to be the key to the band’s first Number One, (“I Can’t Get No) Satisfaction,” from June 1964. Watts pounds the beat so relentlessly we know he will never be satisfied. This is four on the floor at its sexiest until disco, and Watts’ brief moment alone just pounds it harder.

“Get Off My Cloud”

Watts serviced the song and the unified sound. He was the one of the most restrained beat-keepers of his generation, but that didn’t mean he couldn’t drive a song through the simplest of iconic and aggressive repetitions. For the verses, Watts plays exactly the same fill every two bars, and defines the  movement. He simplified Chris White’s beat on the Zombies’ “What More Could I Do” to its most propulsive framework on “Get off of My Cloud,” for a run which could be considered the song’s most recognizable hook.

After the initial stumble over Brian and Keith’s guitar opening, Charlie lays down a jazz feel for most of “19th Nervous Breakdown,” from 1966. But he takes the choruses to another level with cymbal crashes and rolling toms. Wyman brings his own individual bass rumble to bridge the strings and skins, but when Watts lets out with break intros you feel an oncoming breakdown in your nervous system.

“Paint It, Black” from 1966 might be the most insane performance from the steadiest drummer in rock. Watts rolls, spins, fills, triplets, paradiddles, and marching bands like he’s an army of percussive attackers. This might be his answer to Ringo Starr’s performance on “Rain.” Even among the sitar, Hammond B3, and Mick’s magnetic menace, Watts cannot be denied nor ignored. He’s playing like he’s got an extra palm and we can only imagine how many red doors he could paint to drive the point home.

“Sympathy for the Devil”

Seemingly complex, because of the congas by Rocky Dijon and Wyman’s African shekere shaking, Watts’ drums on “Sympathy for the Devil” are amazingly low-key. They propel the song, and give it that hypnotic insistence. But listen as Watts restrains every urge to fill an empty space. He plays the emptiness, suspense comes between the beats, and Watts never gives in to temptation. He sticks to the basic samba rhythm, which was loosely inspired by Kenny Clarke’s “A Night in Tunisia,” and lets the evil rise to the surface with subtlety a man of wealth and taste could appreciate.

“Street Fighting Man” (1968) is an auric nightmare, especially for anyone trying to recreate the sound. Watts used a 1930s practice drum kit, and mounted tambourine-sized skins to small brackets. The “marching charging feet” can almost be heard in the hollow reverb. He gets a large sound, and yet it sounds squeezed in from another room, or coming in through the windows.

“Gimme Shelter,” from Let It Bleed (1969), is masterwork of suspense and exaltation. It opens with guitar licks which sound muted by an apocalyptic overcast. Jimmy Miller’s guiro lets the audience know this is no day at the beach, as opposed to the scraped wooden agogo of The Drifters’ “Under the Boardwalk.” Then Watts rains down over everyone in a thunderous downpour. While Mick looks for shelter, Watts brings the storm. Lightning doesn’t even have to strike twice, as the drums continue the same relentless current the band drowns in. The only life preserver in site is the snare. Watts is on full restraint, which makes it all the more menacing.

“Honky Tonk Women” has a more identifiable cowbell than any song other than “Mississippi Queen.” But don’t fear the reaper, death is the furthest thing from the Stones’ mind in this sordid sip of southern comfort. Charlie is so loose on this song, it feels like he’s using a love seat as a drum stool. He takes his time catching up to the band from the very beginning. It honestly feels like he has to be reminded to come in on the three-note-fill before he kicks into the groove.

“Fingerprint File” is not a well-known song from the band. It closes the Rolling Stones 1974 album It’s Only Rock ‘n Roll, and is the funkiest Watts has ever sounded. Richards leads through the wah-wah, Jagger is on the heavily phased rhythm guitar, Mick Taylor is on bass to free Wyman up for synthesizer. Also at the sessions are the funkmaster Billy Preston on clavinet, and Nicky Hopkins on piano. The Beatles got their title for Rubber Soul from an insult which was hurled at the Stones at the time. This song proves they are capable of more than plastic soul. Watts’ hi-hat work should be studied at Julliard.

A lot of bands “went disco” in the 1970s and 1980s. But The Rolling Stones produced it organically. This is mainly because of Charlie Watts. He was always a master at four-on-floor, and had already proved he’d been listening to the soul sounds of the same period. For “Miss You” from the 1978 Some Girls album, he and Wyman take the most iconic of the genre’s cliches and make it their own. Between the bass octave jumps and the Philadelphia-inspired drumming, this and “Emotional Rescue” were dance floor naturals.

The Charlie Watts Orchestra – “Stompin at the Savoy”

Charlie Watts is known as a one band man, but he’s been playing with jazz ensembles on the side almost throughout the Rolling Stones’ later periods. He’s toured and recorded with his own big band jazz unit, the Charlie Watts Orchestra, which included Jack Bruce on cello. As you can hear in “Stompin at the Savoy,” Watts is an expert ensemble player, who really lets go when having a good time.

Watts drives “Not Fade Away,” a Stones cover of a Buddy Holly classic, with a tumultuous take on the Bo Diddley beat. He completely reinvigorates its already-electric rhythm, and tops from the bottom. The live version of “Midnight Rambler” contains a very subtle duet between Charlie and Mick. “Can’t You Hear Me Knocking,” from Sticky Fingers, might be the tightest riff from the rhythm section.

Charlie Watts has laid his last grooves, but he’s left volumes of inspiration.