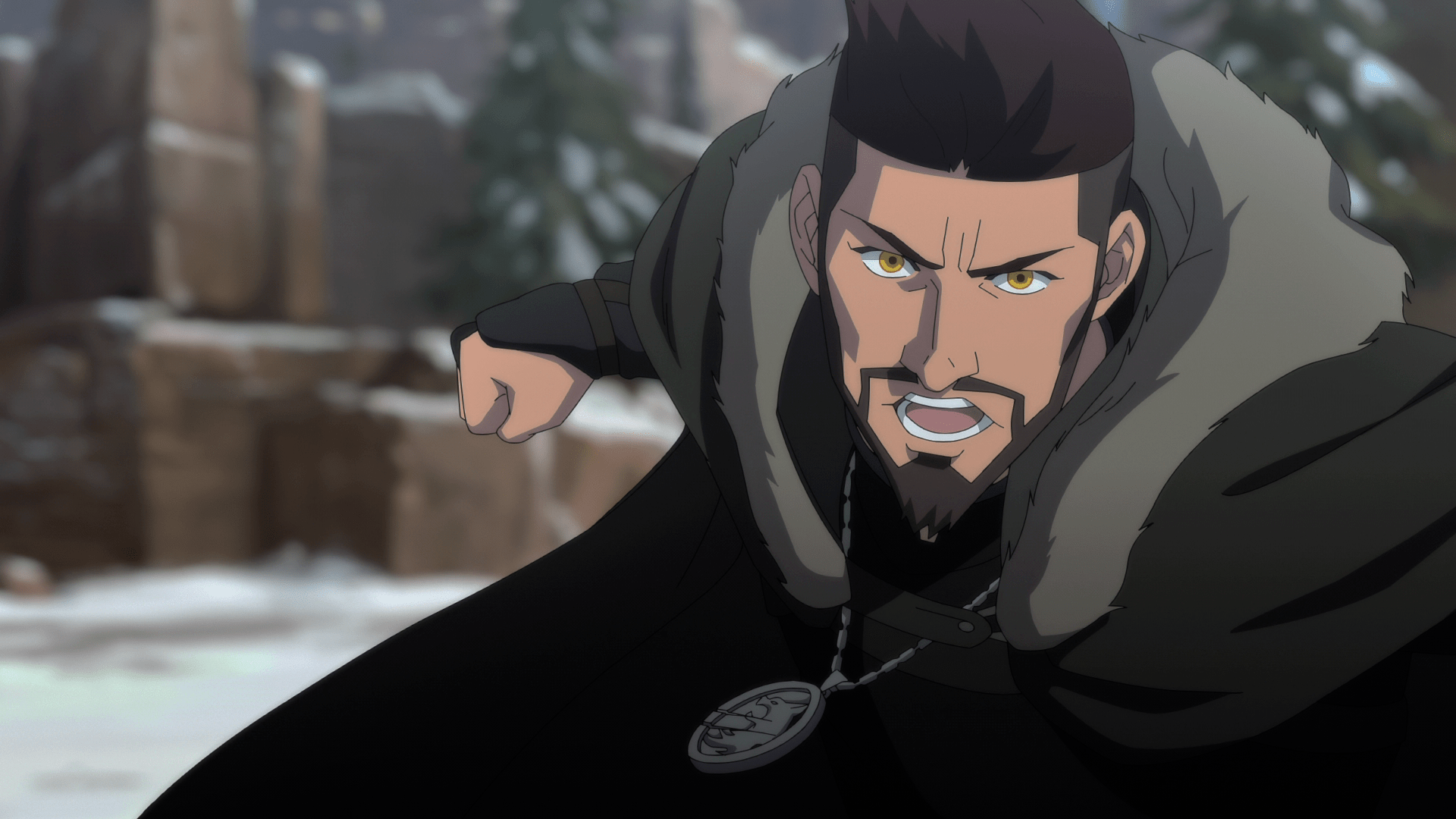 This article contains major spoilers for The Witcher: Nightmare of the Wolf

There are many good reasons why The Witcher doesn’t feature Geralt of Rivia beheading a vampire and then quipping, “Fangs for the memories.” His sense of humor is more cutting and direct, definitely not as snarky as when his mentor Vesemir fights the leshen in the opening scene of Netflix’s animated spinoff, The Witcher: Nightmare of the Wolf. That difference may partly be explained by the movie’s ending, which enlightened fans about a number of worldbuilding details that cross over into the main series.

The Witcher: Nightmare of the Wolf presents an interesting dilemma in its premise: if the profession were more common, then there would be more competition for monsters to kill in order to earn a living. In the present time of the movie, Vesemir has made a lucrative haul before heading to Kaer Morhen, the witcher stronghold, for the winter season, but his colleague Luka and others have not been so lucky. That kind of supply-and-demand pressure can cause lapses in ethical practice.

The main reason, for example, that is presented for Tetra’s ill will towards witchers is that she knows that her sorceress mother was framed for supposedly cursing a priest. A witcher had paid the priest’s cook to poison his master so that he could earn money by killing the perceived source of the priest’s sickness. When told the tale, Vesemir even remarks he wished he had thought of a con like that.

It appears that Deglan, the head witcher in Vesemir’s time, thought of an even better con by having Reidrich, Kaer Morhen’s personal mage, create new monsters for them to kill for money. While it seems extremely ill-advised to practice mutagenic alchemy on an elf, who ends up being the source of the creature army that decimates the witcher population, Reidrich’s secret processes also explain the mysterious origins of the witcher race that The Witcher: Nightmare of the Wolf (and soon The Witcher: Blood Origin) explores.

It’s this hubris and its consequences that transforms Vesemir from a swashbuckling exterminator-for-hire to the older, more serious mentor that fans of The Witcher have come to know from the books and games. As Deglan breathes his last, he tells Vesemir to take the most recent batch of young witchers and “make them into something more — to better men.” Vesemir’s love story with Lady Zerbst is proof that witchers do have hearts and are not the soulless, emotionless mutants Tetra and others in Geralt’s time would have people believe.

The implication is that, with Reidrich’s death, no more witchers can be created, an idea that doesn’t exactly fit with the story of the books, but so be it. Just before the boys completed their final transformation, the names Eskel and Lambert were mentioned, and it appears Coen and not the predicted Remus also survived the mutagenic process. These three are the witchers who viewers will encounter in The Witcher season 2, which returns to the ruined Kaer Morhen for Ciri’s training.

But of course it’s the small hairless child who draws the most attention as The Witcher: Nightmare of the Wolf concludes its story. Young Geralt will become that “better man” that Deglan urged Vesemir to raise, a witcher who doesn’t just concern himself with the money he can make from killing monsters, despite what he may tell his customers. And with fewer of his kind out there in the world, monsters will rebuild where Kaer Morhen cannot.

The Witcher: Nightmare of the Wolf is by no means the perfect backstory. The cameo appearance of Filavandrel and the involvement of the persecution of the elves in the fall of Kaer Morhen felt a bit forced, like the writers were trying to include all of the larger themes of The Witcher into one movie. But the transformation of the witcher profession was expertly handled and provided the perfect context for Geralt’s unlikely heroism in the larger story, making us look forward to his return in The Witcher season 2 that much more.

The Witcher: Nightmare of the Wolf is available to stream on Netflix now.

2021 Was the Year Xbox Was Proven Right
Sci-Fi Short Film: “Tethers” | DUST
Could She-Ra Come to Masters of the Universe: Revelation Season 2?
Hawkeye Episode 3: MCU Easter Eggs and Marvel Comics References
How House of the Dragon Rose from the Ashes of a Failed Game of Thrones Prequel