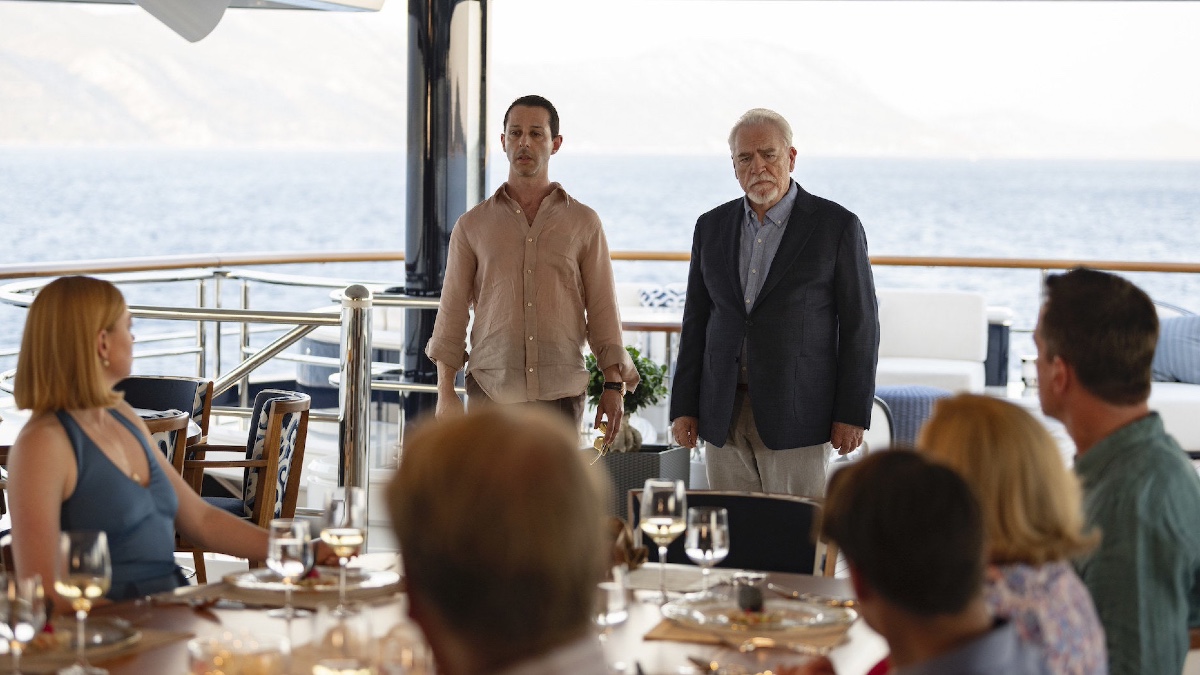 Few shows’ schedules were hit harder by the coronavirus pandemic than HBO’s Emmy-award winning drama Succession. As recounted in a sprawling (and superb) New Yorker piece, season 3 of the beloved satire about the wealthy Roy family was set to begin filming in April of 2020 before the pandemic upended the those plans.

According to the series creator and showrunner Jesse Armstrong, HBO executives encouraged him to wait things out until they could have as normal a filming experience as possible “rather than have Logan do a series of Webinars we can put out on HBO Max.” The wait paid off as HBO announced today that Succession season 3 will be arriving in full this October. The network didn’t nail down a specific date yet but let it be known that Sunday, October 17 (the week after Indigenous Peoples Day) looks pretty juicy.

Despite feeling the effects of the pandemic more than other productions (and on a tragic note, the series lost actor Mark Blum, who plays cruise division exec Bill Lockhart to COVID-19), Succession season 3 will not address the pandemic at all. In speaking about the decision, Armstrong cites humankind’s remarkable ability to quickly adapt to a new normal even if the new normal is terrifying. As such, there is no need to delve further into the complex political, social, and personal implications of the pandemic we all just lived through. And in typical Succession-ian fashion, Armstrong points to a grandiose example from World War II to further explain the decision.

“There’s a moment when Mussolini is deposed, in 1943, and there’s a sense of hope—the Allies are coming, and it feels like it might be the day after tomorrow. But there’s still two more years of the war to go, and (WWII memoir writer) Iris Origo doesn’t know it. It’s just very human, that thing of adjusting yourself to a new position. Within seconds, the new world feels completely real and vivid, and you’re very quickly accommodated to it.”

While Succession won’t be addressing COVID-19, it will be staying true to its satirical premise that can’t help but crib from our own political reality. As the end of season 2 sets up, season 3 will find Logan Roy (Brian Cox) immediately jumping into action to figure out how to deal with his son Kendall’s (Jeremy Strong) betrayal. In fact, the very first scene of the season will begin back on Logan’s yacht in the immediate aftermath of that moment, per The New Yorker.

“It’s a moment of indecision. This is the moment at which you get the sense that Logan is worried,” Armstrong says, before adding that the Roy family will split into two groups to address Kendall’s treachery, one on a plane back to the United States and another on a plane to parts unknown.

In a small bit of reality imitating fiction, the family that the Roys are loosely based on, the News Corp-owning Murdochs, experienced some of their own familial strife in the time since season 2 aired. Rupert Murdoch’s son James quit the company last summer, citing “disagreements” over unspecified editorial content and strategic decisions.

With all that family drama out in the ether, perhaps it’s no coincidence that New Yorker writer Rebecca Mead notes seeing a photocopy of Goya painting “Saturn Devouring His Son” on the Succession season 3 writers’ room whiteboard.

Legends of Tomorrow Season 4 Episode 5 Review & After Show
What GTA 6 Should Learn From Vice City
Lethal Weapon Is the Action Christmas Movie Die Hard Wishes It Was
Sci-Fi Short Film: “Tethers” | DUST
15 Most Underrated Games of 2021