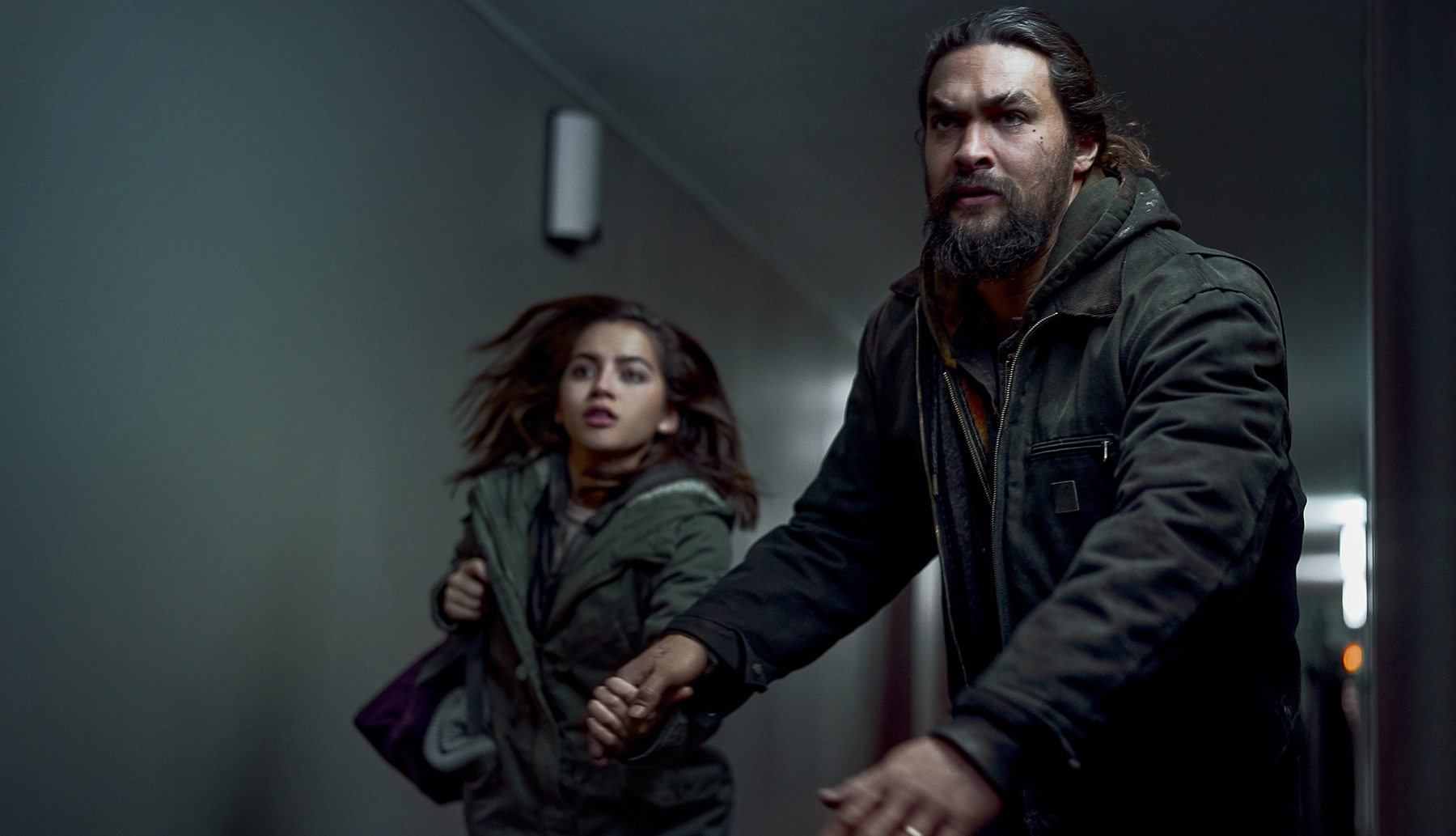 It’s Friday, which means that it’s time for Netflix to release another generic action thriller into the wild. This week it’s Sweet Girl, which stars Jason Momoa as a devoted husband and father whose loss of his wife to cancer — which could have been possibly prevented had the big, bad pharma company done the right thing — sends him and his daughter down a dark path of justice.

Directed by Brian Andrew Mendoza, Momoa’s longtime producing partner who makes his directorial debut here, Sweet Girl fits the exact brief of the kind of run-of-the-mill thriller, written and shot according to a specific formula and anchored by one big star, which the streaming giant has made into a vast cottage industry. A perfunctory layer of social consciousness is applied over the top, but it’s done in such a heavy-handed manner that the film just becomes exhausting to watch.

Momoa plays Ray Cooper, who we first meet atop Pittsburgh’s PNC Park in one of those now-clichéd fast-forward sequences. Clearly in a heap of trouble, pursued by police and FBI agents (one of whom, played by Lex Scott Davis, climbs up to the roof herself and implores him to stand down), Ray mutters, “It wasn’t meant to be like this” before taking a running jump into the Allegheny River hundreds of feet below.

The film then rewinds to “years earlier,” in which we see Ray enjoying life with his family, but their bliss is cut short when his wife Amanda (Adria Arjona) is stricken with cancer. Although a new generic medication is supposed to be available to treat her, a pharmaceutical company led by the slimy Simon Keeley (Justin Bartha) has it pulled from the market in order to boost the price — just before Amanda dies.

Six months after her death, a still furious, grief-stricken Ray and his daughter Rachel (Isabela Merced from Dora and the Lost City of Gold) are tipped off by a reporter that the pharmaceutical firm’s machinations may be just the tip of a far larger conspiracy. Their pursuit of the truth puts father and daughter directly in harm’s way, escalating the family’s quest for justice into a mission of vengeance.

Sweet Girl is one of those movies where the protagonist is supposed to be a working class, unassuming kind of individual who somehow turns into a one-person army and acquires the skills to take on hired killers, corporate security goons, and wealthy, resource-rich tycoons. But we have no idea how this happens: in fact, aside from a few scenes establishing that they both like to fight at a local gym (aha!), Ray and Rachel are completely defined by the loss of Amanda and the path it sets them on.

What makes this even worse is that the script essentially makes Ray into a vigilante and then a murderer. There are films, like the 2002 Denzel Washington vehicle John Q., where an average citizen is pushed beyond the limits of his endurance and patience by a maddening bureaucracy (also health care, in that case). But Sweet Girl doesn’t bother with even attempting the complexity that the Washington film strove (unsuccessfully as well) to attain. The Cooper family’s motivations are never held up for examination, and while we all know for sure how evil and greedy Big Pharma can be, Sweet Girl offers not a shred of nuance or shading.

That turns the film into just a string of violent confrontations as Ray and Rachel go on the run, with both the pharma goons and the FBI in pursuit. We’ve seen the adult-and-kid-on-the-lam scenario so many times before, and there’s even the obligatory calm-before-the-storm sitdown with the main baddie sent to kill them (this one’s in an empty diner, which makes us wonder why the villain doesn’t just do the job there and then — although that’s perhaps the least of the problems with the scene).

But hold on: there is then a massive twist — because of course there has to be one — that not only gets telegraphed pretty early on (most of you will see it coming for miles) but makes all the events leading up to its revelation even more ludicrous in retrospect.

We won’t share that reveal here, but suffice to say that Sweet Girl, with its one-dimensional characters, bland wintry settings, and been-there-done-that action sequences, lost us a long time before the non-surprising twist sealed the deal. The cast, like the movie, is largely forgettable, and while Momoa can coast on his considerable physical presence and natural charisma, those attributes are much better suited to his cheerful bro-dude interpretation of Aquaman than that of a grieving, angry victim of our horrifying, avaricious health care industry.

Hawkeye Episode 3: MCU Easter Eggs and Marvel Comics References
The Uncanny Parallels Between The Beatles: Get Back and A Hard Day’s Night
The Beatles: Get Back – George Harrison’s Photographer Problems
Best Tech Deals and Gifts 2021: PC Gaming, VR, Mobile Devices, and Streaming Gear
Lethal Weapon Is the Action Christmas Movie Die Hard Wishes It Was