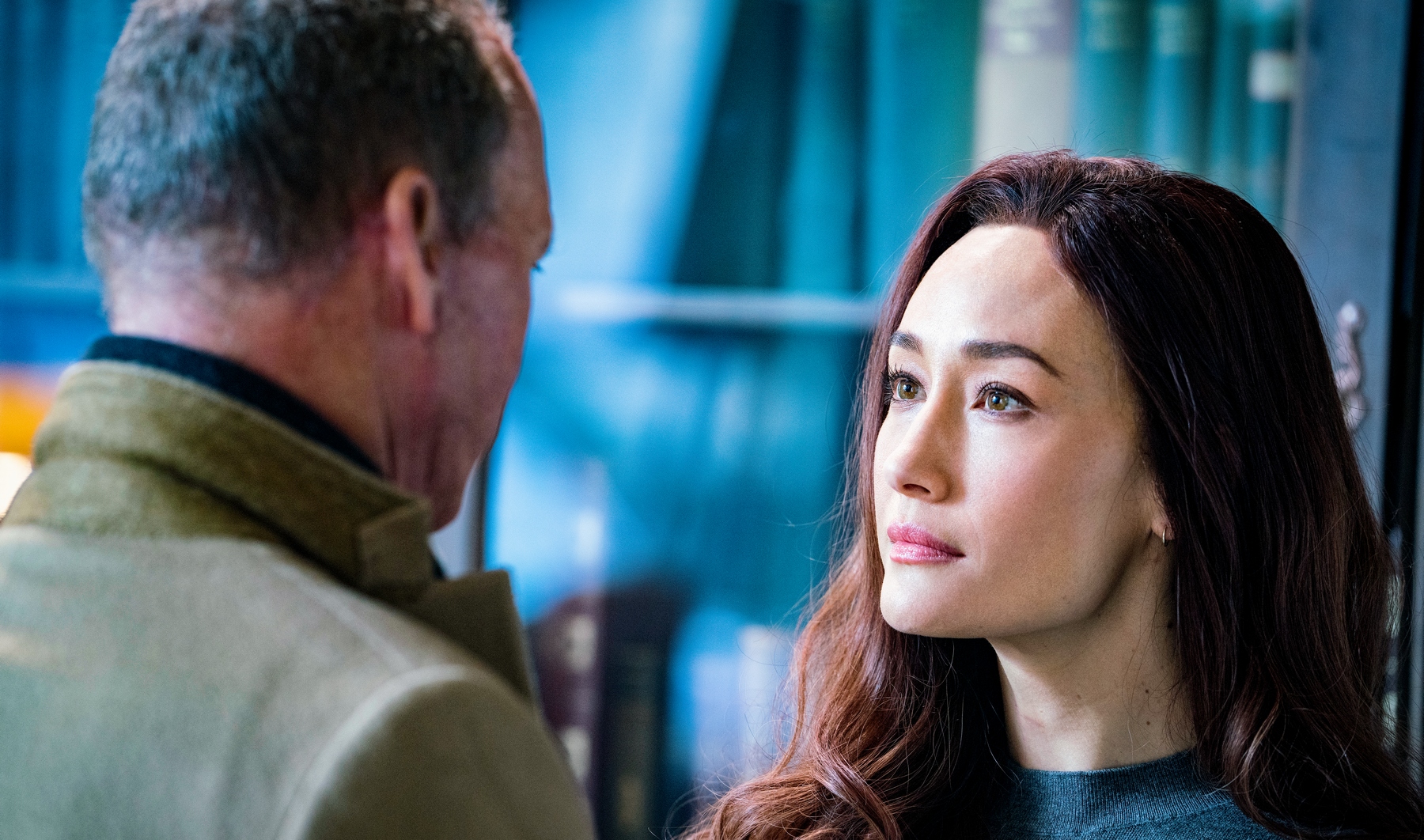 The Protégé is the story of three deadly assassins, trained killers for seemingly their entire lives, whose paths cross in unexpected ways. Maggie Q plays Anna, who was rescued as a child by Moody (Samuel L. Jackson) and raised by him to become the world’s most dangerous killer for hire. When her father figure/mentor himself is slaughtered, she goes after those responsible — but has to go through a mysterious man named Rembrandt (Michael Keaton), himself a professional assassin with whom a mutual yet suspicious attraction develops.

The Protégé is directed by Martin Campbell, the New Zealand-born filmmaker best known for two of the biggest James Bond films of all time, 1995’s GoldenEye with Pierce Brosnan and 2006’s Casino Royale with Daniel Craig. Campbell, whose other credits include the groundbreaking 1985 UK series Edge of Darkness, 1998’s The Mask of Zorro, and the 2017 Jackie Chan thriller The Foreigner, knows the action genre inside and out but was drawn to The Protégé by several unique elements.

“There were two things,” he tells Den of Geek. “I thought the story was really interesting, there are surprises in it, and it’s quite complex. But secondly, the relationships between Anna and the Sam Jackson character and Anna and the Michael Keaton character, Rembrandt — it was those relationships, plus the narrative itself. Plus, it’s sort of sprinkled with a sense of humor throughout the whole thing. So it was a combination of all of those.”

Campbell says he was also eager to work in this genre with a female protagonist. In Maggie Q, whose credits include the CW series Nikita and films like Rush Hour 2, Divergent, Mission: Impossible III and Fantasy Island, he just happened to team up with an actress known for her own considerable action abilities — although he wasn’t aware of that when she came onto his radar.

“Ironically I knew nothing about [her action chops] when I cast her,” Campbell says. “I actually saw a clip with Ethan Hawke — a love story, I think — and her performance was excellent. So I based it on that. And her ability with action, I had no clue about until afterwards, so obviously, that was a real plus.”

Working with a star who’s very capable of doing much of her own stunt work has its pros and cons, says the director, citing both the flexibility it gives him as a director while also being aware that one misstep can land his star in the hospital and set back the entire production.

“She did most of her stunts herself,” he reveals. “I think these days with face replacement and so forth, everyone thinks those things are digitally enhanced. But for me, I was just very lucky that she could do all that. I barely had to double her throughout the whole movie. That was a huge advantage. It always is, because inevitably when you double, of course, you end up having to do face replacement.”

While Maggie was a known quantity in terms of her ability to handle action, Campbell says he was most surprised by Keaton. Nearly 30 years removed from his last stint as Batman (until now, as we all know), Keaton has gravitated more toward dramatic roles in recent years and even his villainous turn as the Vulture in Spider-Man: Homecoming was largely digital when it came to the action. But that was not the case with The Protégé.

“Michael is clearly not as trained as [Maggie] is,” says Campbell. “But again, with all that sort of action, what you need is really commitment from the actors to go for it and rehearse it and train for, and he did. He did well. Of course, I had to double him a little bit more than Maggie, but he really stepped up to it. I think he was determined to prove that he can do it all justice the same way as Maggie.”

Campbell adds that whether it’s the action scenes or the dramatic turns that the story takes, having actors like Keaton, Jackson and Maggie Q all playing off each other elevates the game for all of them — especially when it comes to the friction between Keaton’s coolly lethal killer and Maggie’s vengeance-driven one-woman army.

“The great thing about the script is the sort of competitive edge between them,” Campbell says. “I mean, [Keaton and Maggie] are both assassins and both equally good. She’s certainly equal to him. There’s sexual tension between [Keaton and Maggie], but there is this competitive edge all throughout the film, which clearly at the end has to be resolved one way or another. I thought Richard Wenk, the writer, did a great job in terms of making that relationship work.”

Without giving away too much, it’s safe to say that Anna’s quest ends with her in a different place than where she started — but there’s room for Maggie Q to take the character into new territory should the opportunity arise. “Nobody’s talked about a franchise with this,” says Campbell about the possibility of continuing Anna’s story. “It’s a kind of one-off, but in this industry, anything that even smells of a franchise they leap on and want to do Part 2. And I think Maggie would be terrific doing a sequel.”

The Protégé is out in theaters this Friday (August 20).