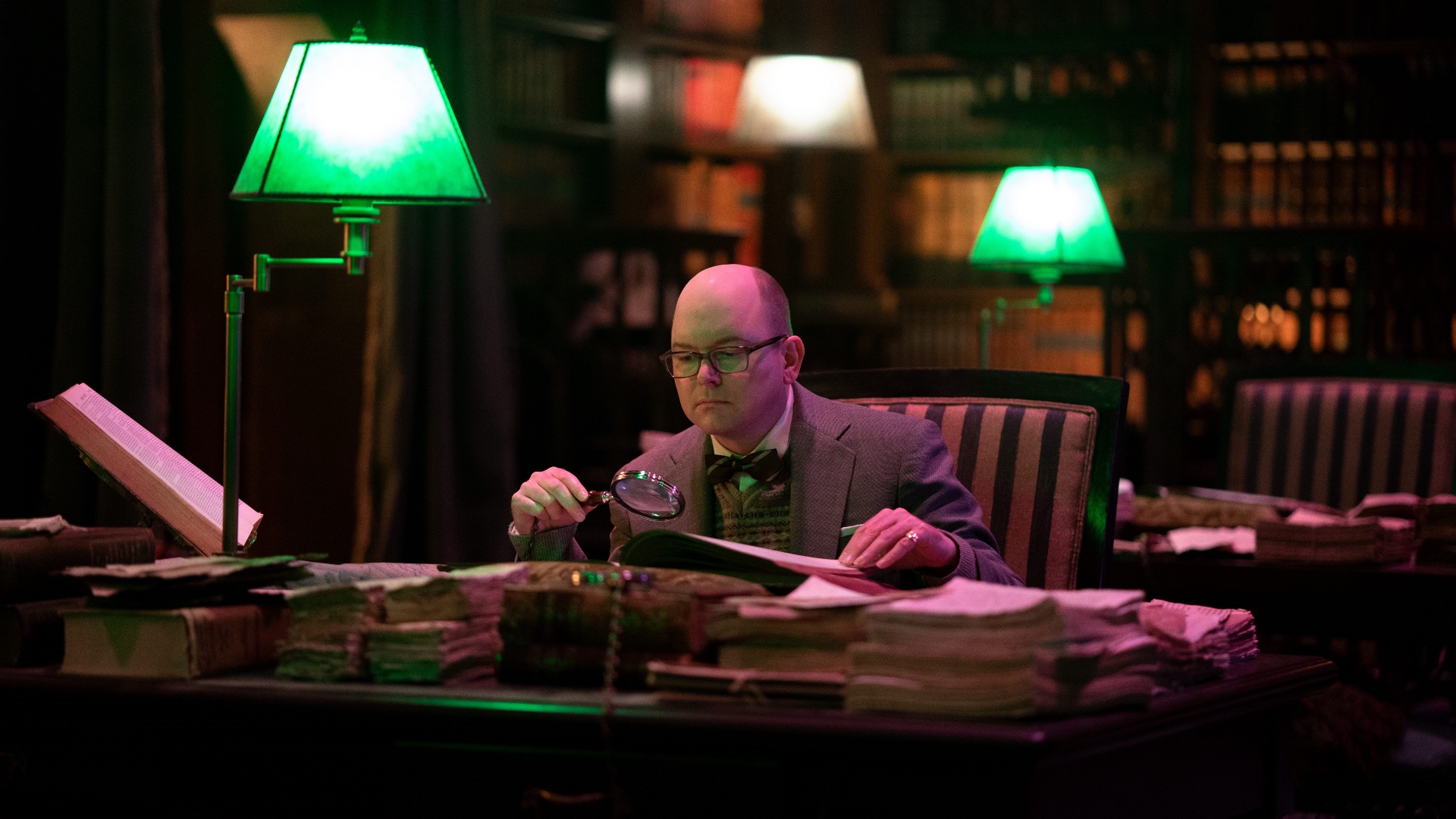 The liquid-diet trio at the center of What We Do in the Shadows will endure the tortures of endless conflict in season 3. Nandor the Relentless (Kayvan Novak) and Nadja (Natasia Demetriou), will be taken to task by the entire Tri-State vampire community. Laszlo Cravensworth (Matt Berry) will pay, and dearly, for licentious driving.

For psychic vampire Colin Robinson (Mark Proksch), it’s another Wednesday, which some fellas in his office like to think of as Hump Day. What We Do in the Shadows is a series adaptation of the feature film created by Taika Waititi and Jemaine Clement, and for the uninitiated, it is a mock-doc styled vampire reality show. The vampires’ familiar, Guillermo (Harvey Guillén), keeps things real for the human audience. Colin brings the vampires to ground.

The psychic or energy vampire’s food source is different from traditional vampires, who subsist on the life-giving fluid of living creatures. Colin drains the neurological system’s electromagnetic debris. Sometimes called prana or chi, it is very annoying and about as exciting as a mid-afternoon interoffice meeting.

“I think it’s a very relatable character and every office across the world has an energy vampire in it,” Mark Proksch said during FX Networks’ appearance at the 2021 Television Critics Association summer press tour. “I think it’s cathartic for a lot of people that are working in offices to see a manifestation, a character that embodies all the people they can’t stand in their office.”

An early trailer revealed the vampires from Staten Island now represent the Tri-State area in the Vampiric Council. WWDITS season 2 ended with the slaughter of almost everyone in a leadership position, so the seats had to be filled. The second rule of vampiric leadership is keeping asses in seats, the first being “don’t kill vampires,” so choosing these four might seem a grave clerical error. This is something far below the bloodsuckers’ pay grade, and obviously an HR problem. That Dilbert-looking guy in the basement apartment is the closest thing the newly appointed bureaucrats have to a human.

Colin spends a lot of time in the library during season 3. It is the largest repository of underworld wisdom in these and any other United States, with the accumulated wisdom of the greatest and most depraved minds history has ever seen. The library has whole floors of shelves filled with books and manuscripts on traditional vampires of every culture. It barely contains a pamphlet on alternative afterlifestyles.

“He’s kind of trying to figure out where he came from and where he’s going,” Proksch said. “And there just isn’t a heck of a lot of information about energy vampires. And so it’s kind of a fruitless journey. But I will say there’s a pretty huge twist for Colin Robinson in the final episode that plays off his hundredth-year birthday.”

Colin will turn-over a century this season, but energy vampires rarely have happy birthdays. They’re not nearly as nutritious as more emotional celebrations, like funerals and disaster memorials held far too soon.

But for now, Colin Robinson is quite content celebrating “Hump Day.” Even though he’s more of a “what’s the rush to get over the hump” kind of guy. FX shared another Dear Diary teaser, filled with puns, the most exhausting of all the comic arts.

You can watch the season 3 preview here:

Batman: The Killing Joke – Official Trailer
The Witcher Season 2 Will See the Lion Cub of Cintra Roar
Star Trek: Discovery Season 4 Episode 3 Easter Eggs and References
How House of the Dragon Rose from the Ashes of a Failed Game of Thrones Prequel
Lost in Space Season 3 Ending Explained