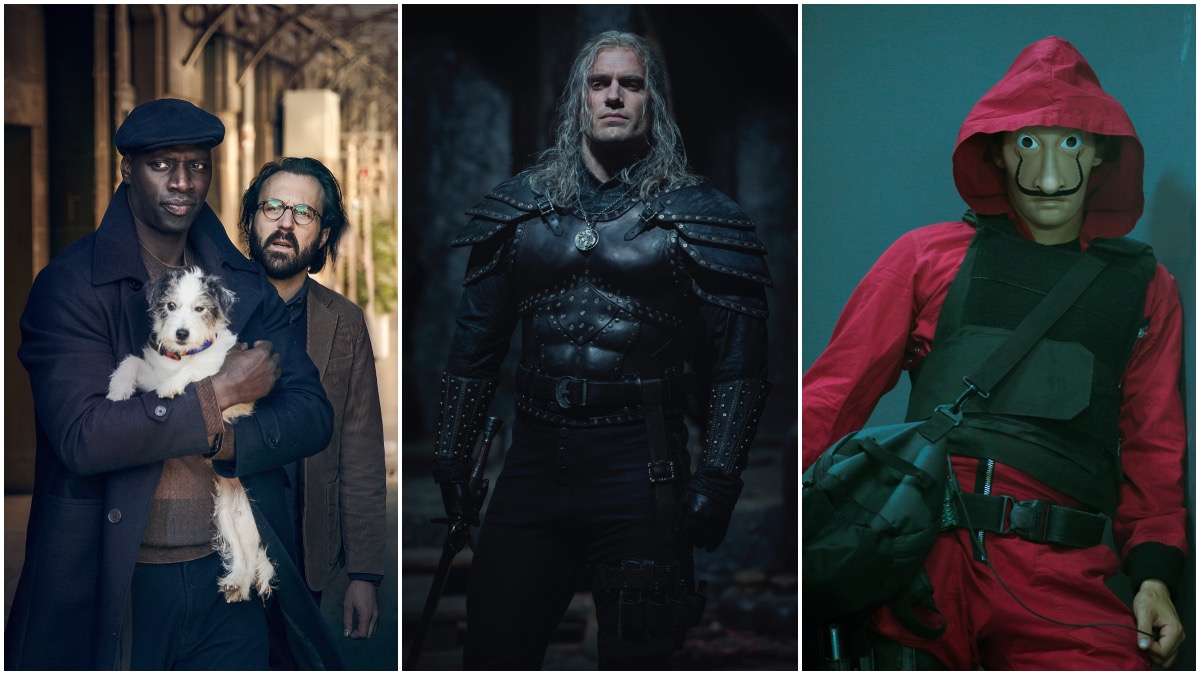 When Netflix appeared at the 2021 Television Critics Association’s summer press tour on Aug. 19, the streaming giant could have used the occasion to hype up any number of its original offerings. Game of Thrones showrunners D.B. Weiss and David Benioff’s first Netflix drama, The Chair, was set to premiere the day after on Aug. 20. The final season of pulpy hit Lucifer is slated to arrive in September, as is Mike Flanagan’s next horror project Midnight Mass.

Instead, however, Netflix opted to highlight three of its non-U.S. based series, two of which feature dialogue primarily in a language other than English. During its time at TCA, Netflix held panels for Polish-American fantasy drama The Witcher, French gentleman thief story Lupin, and Spanish phenomenon Money Heist. Since Western pop culture has a distinct English-speaking bias, one might assume that the presentation was about calling attention to some lesser-known titles. But in reality, Netflix really was presenting some of its biggest hits. It just so happens that they’re all international (from an American perspective at least).

“It was just last year when Director Bong Joon-ho stood at the Oscars and asked audiences to overcome the one-inch-tall barrier of subtitles. And on Netflix, that is happening,” Bela Bajaria, Netflix Head of Global TV, told critics during the virtual press tour.

After committing to increasing its non-American content base in 2016, Netflix reports it has made shows in 40 different countries around the world, subtitled in 37 languages, and dubbed in 34. Those numbers are imposing enough to begin with but per Netflix, it isn’t just non-English speaking markets driving the demand.

“Since 2019, we’ve seen non-English-language viewing in the U.S. increase by 71 percent. In fact, a whopping 97 percent of our U.S. members have chosen to watch at least one non-English title in the last year,” Bajaria said.

As is the case for all of Netflix’s numbers, these are self-reported and not verified by an independent source. Still, even if the streamer’s numbers must be taken with a grain of salt, for those who professionally keep up with the streamer’s output (like yours truly) that data rings true.

Every month, Netflix publishes a list of each original series or movies set to arrive on its streaming service. Increasingly over the past two years, those lists have included content from countries other than the United States. In fact, Netflix’s list of new releases for August 2021 featured 25 international properties (or Netflix’s less Anglo-centric term “local language” properties) versus 30 American productions. And even the “American-ness” of some of those American titles is in question as they include Witcher spinoff anime film Nightmare of the Wolf and Israeli-American series Hit & Run.

It stands to reason that if Netflix continues to seek out local language content, then it is having success with said content. And Netflix’s presentation during TCA offered up the most compelling evidence yet that it is. While Netflix previously reported that Lupin was its most watched series for the first two quarters of 2021, it now confirmed that the show’s 76 million viewers in its first 28 days are still the benchmark for all Netflix series this year.

“I’d like to note that (Lupin) is not just our most popular local-language original, it’s the most popular show we’ve launched on Netflix so far in 2021,” Bajaria said. “That type of success comes from discovering and supporting local creators who have a passion for the story they want to tell.”

Bajaria also mentioned that anime is hugely popular with Netflix subscribers around the world, appearing in Netflix’s top-ten list feature in nearly 100 countries in 2020. As such the streamer is expected to continue its efforts to diversify and expand its anime offerings in the years to come.

It’s always nice when data (albeit self-reported) coincides with anecdotal experience. If you’ve recently experienced an uptick in interest for non-English speaking TV shows and movies, you might not be alone.

New Star Wars Character Confirmed for Ahsoka Series
The Masters of the Universe: Revelation Line Kevin Smith Never Thought He Could Get Away With
DC League of Super-Pets – Official Trailer | DC
The Beatles: Get Back – Do Beatlemaniacs Get What They’re Looking For?
Doctor Who: Flux Episode 5 Review – Survivors of the Flux