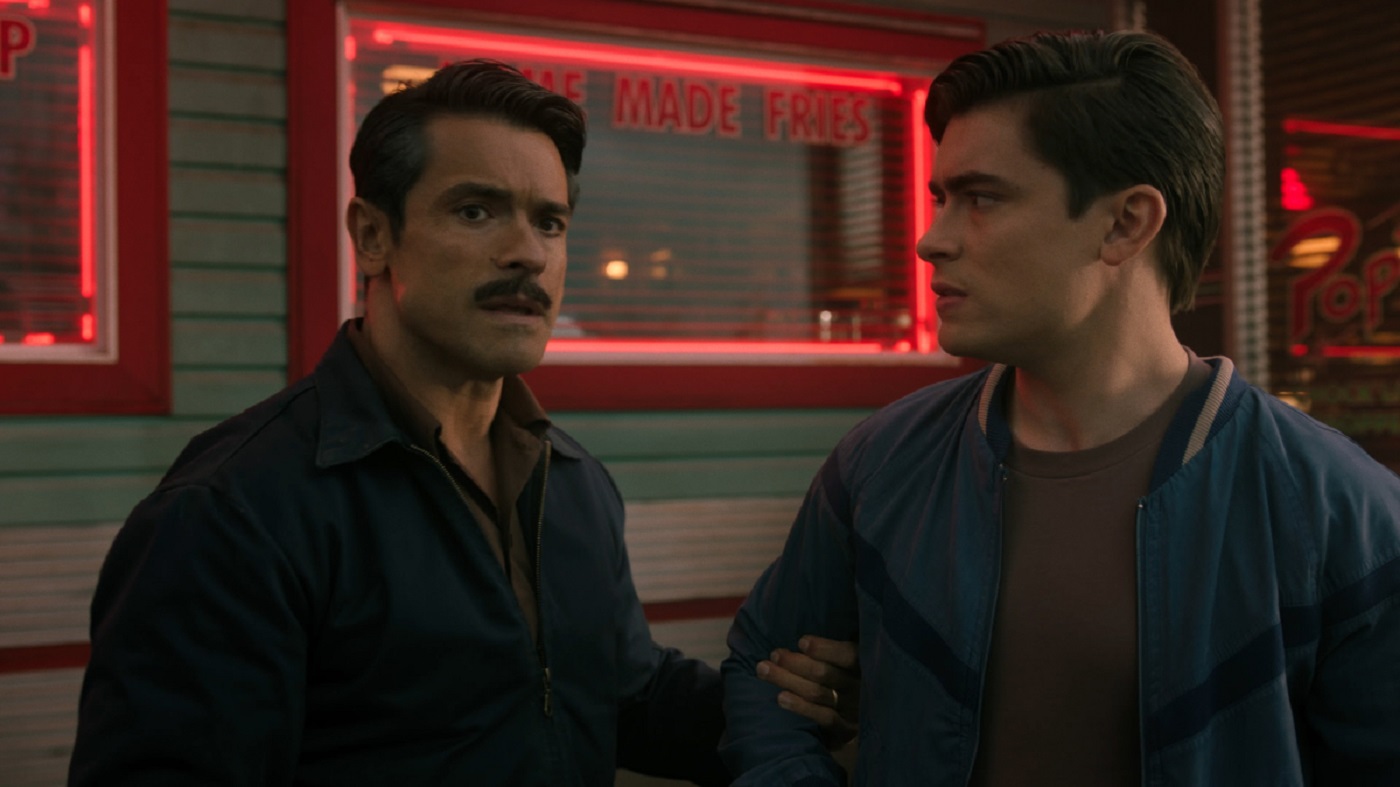 “Now at least you can become the man you were destined to be.”

Despite the evil travails of everyone from The Black Hood to the Gargoyle King, the most noteworthy of Riverdale‘s rogue’s gallery of Big Bads remains Hiram Lodge. So it isn’t much of a surprise that the series finally got around to giving him an origin episode, nor is it particularly shocking that said origin was a pastiche of The Godfather and Goodfellas. (Although the episode took its title from Citizen Kane, the only noteworthy comparison between Hiram and Charles Foster Kane is both men’s keen ability to sacrifice “family” for business). Rags-to-riches tales of this sort have been done often — and better — but there are a few things happening in “Citizen Lodge” that somehow manage to make this a standout in this disjointed season.

First and foremost is the great performance by Michael Consuelos as Jaime Luna, the troubled teen whose employment by gangster Vito results in him adopting his Hiram Lodge persona…and makes him indirectly responsible for the execution of his father. The younger Consuelos brings an undercurrent of sadness to Hiram that was absent during his prior performance in the role in “The Midnight Club.” With the novelty of the initial stunt casting put aside, he exposes Hiram’s fractured humanity. The reasons behind his rise to power may be rote and cliched, but thanks to Michael Consuelos’ effective delivery they seem powerful. (So much so that he is put in the unenviable position of upstaging his father in a role that the latter created). For what it’s worth, Mark Consuelos has never been better as Hiram either. Now that we know his reasoning, his determination and, well, evilness, makes a bit more sense. This is still Riverdale, so not too much sense, but hey, let’s take what we can get.

“Citizen Lodge” works overtime to show the parallels between Hiram Lodge and Reggie Mantle. This all seemed a bit on the nose until the third act revelation that Hiram no longer wanted Reggie working for him. “If I could go back, spend a few more years shining my shoes with my dad, I’d do that in a heartbeat,” he muses to his young employee. But Lodge also sees Reggie as a surrogate son, and his cutting him off from following in his footsteps is the most (only?) genuinely selfless act we’ve seen him commit. The Mantles have the chance to rebuild the relationship that Jaime and Javier Luna never could, and that’s a graceful thing to come out of all the death and chaos Hiram has caused.

This feels like the most straightforward episode that Riverdale has ever attempted. By jettisoning the narrative scatter that the series usually employs, it told a simple story about fathers and sons. Cliche-embracing or not, it made me actually care about Hiram again, something that I long felt impossible. Has the show finally realized that they had a Hiram Lodge problem and this episode is the beginning of some much-needed course correction? Fingers crossed…