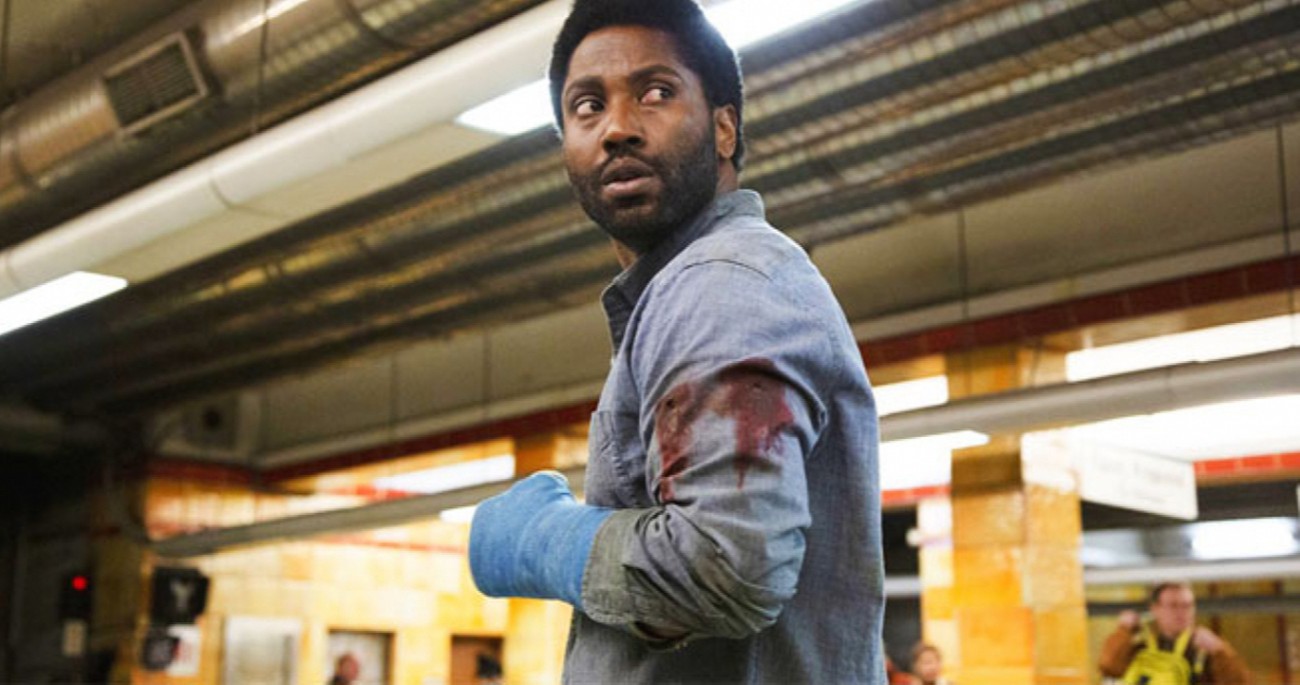 You could be forgiven, going into the new Netflix thriller, Beckett, for expecting a vibe not dissimilar to John David Washington’s last big movie, Tenet. Like Tenet, Beckett is a conspiracy thriller about someone who finds themselves out of their depth, with chase scenes and gunplay aplenty, and Netflix probably doesn’t mind you making those associations when you’re choosing what to watch. But while Tenet was a film that very much harked back to classic Bond movies, Beckett’s inspirations are quite a bit older.

Watching Beckett feels a lot like watching an old Alfred Hitchcock suspense thriller. The plot, a tourist has a car accident and stumbles into a deadly conspiracy, is pure Hitchock, reminiscent of films such as The 39 Steps or The Man Who Knew Too Much. Even the soundtrack is full of jarring strings that don’t sound too far off the signature “stabbing” score from Psycho.

But despite, or perhaps because, Beckett is such a deliberate throwback to an older style of filmmaking, it breaks a lot of the rules we’re used to having for our movie protagonists, resulting in a film that feels extremely fresh and new.

The film I watched most recently before Beckett was Fast & Furious Presents: Hobbs & Shaw, a film where the stars have contracts stipulating how often they’re allowed to be hit and ensuring they’re never seen to “lose” or “look weak.” It shows. Throughout the film it is painfully apparent how well balanced the two stars are — one of them beats up six guys, the other has to beat up a really big guy. If one of them insults the other, the other has to have a zinger that matches, not outmatches, the first.

It’s enough to make one long for the days of heroes like Indiana Jones and John McClain, who despite their big money stars, spent most of their films getting the absolute crap kicked out of them. Hobbs & Shaw is a fun film with some good moments, but there’s nothing to match McClain trying to make his way around the Nakatomi Building with bare feet full of broken glass.

Beckett is in a different world from even that, however. He spends most of the film in a cast after a car accident. When he gets shot in the arm he spends the rest of the film bleeding. If he gets hit by a car he doesn’t leap to his feet or even struggle to them, he lies on the floor grunting in pain.

In the big, final climactic fight scene of Beckett, both combatants are literally lying on the floor, barely able to lift their arms up to struggle for the gun because they’re both in so much pain, and it’s as dramatic as any Iron Man vs. Hulk punch up.

Beckett also makes mistakes — sometimes really stupid mistakes. When he’s finally at the American embassy and the US agent is really obviously pumping him for information, Beckett happily and eagerly tells him everything he knows. It’s obvious to the audience he’s being interrogated, but not to Beckett, because he doesn’t know he’s in a movie, and that there’s almost half the movie still to go. He does what you or I would do in that situation.

And you might point out that it makes sense Beckett takes more of a beating than streetwise cop John McClain or Jason Statham in any given role. Beckett is just an ordinary guy.

Except cinema is full of ordinary guys who suddenly get weirdly good at hand-to-hand combat and random survival skills. Films from Enemy of the State to Shaun of the Dead show that deep down, under the right circumstances, we are all potentially ready to turn into Batman at a moment’s notice.

Throughout the film Beckett often has moments of cleverness and bravery, and he comes out on top in a few fights through desperation and luck, but he’s far more believably Not a Person Who Should Be in This Situation.

But more than that, he cries, he becomes paralyzed by panic attacks, he is literally traumatized by the horrendous things he sees and does.

Which brings us to the other big divergence Beckett has with established filmmaking rules.

What Doesn’t Kill Me, Is Also Horrible

Let’s go back to John McClain. John McClain at the end of Die Hard. He’s fought, he’s killed, he’s bleeding. He’s had his identity broken down and then built it back up again, turning from an ordinary street cop into a badass cowboy who is comfortable enough with his masculinity to be emotionally vulnerable with his wife. At the end of Die Hard he is a better, stronger, more well-rounded person than he was at the beginning.

We can see the same thing in Miss Congeniality (a film that I humbly submit is Die Hard’s equal). FBI Special Agent Gracie Hart undergoes humiliation, alienation from her co-workers, and faces some uncomfortable home truths in her search for the bomber, and at the end of it she regains her confidence, while also learning some important lessons about internalized misogyny. Like Die Hard, this was a journey she had to go on.

Community and Rick & Morty creator Dan Harmon calls this “the story circle,” loosely based off the old “Hero’s Journey” trope, and it’s a theme he returns to multiple times in both shows when he feels like getting obnoxiously meta.

The short version is that Harmon argues every story can be mapped onto a circle with eight stages:

Maybe you agree every story can fit this, maybe you don’t, but it can be a useful tool for examining story structure.

For what it’s worth, Beckett totally fits the story circle.

It’s all very neat. Except an unstated rule of the circle, one that isn’t even implied by the letter of the law but which every movie seems to adhere to, is that the hero comes out of this adventure stronger, better, and knowing himself in a way that he didn’t before.

Beckett’s last words in the entire film are “I should be dead.” He hasn’t come out of this story stronger, or better, or having processed his grief for his girlfriend or faced his inner demons. Instead, he comes away with PTSD and survivor’s guilt, and whatever he’s going home to in the US, we sense it’s not a happy ending.

​​Where most films, particularly in the action and thriller genres, seek to turn their protagonists into heroes, Beckett fights just to be a survivor.