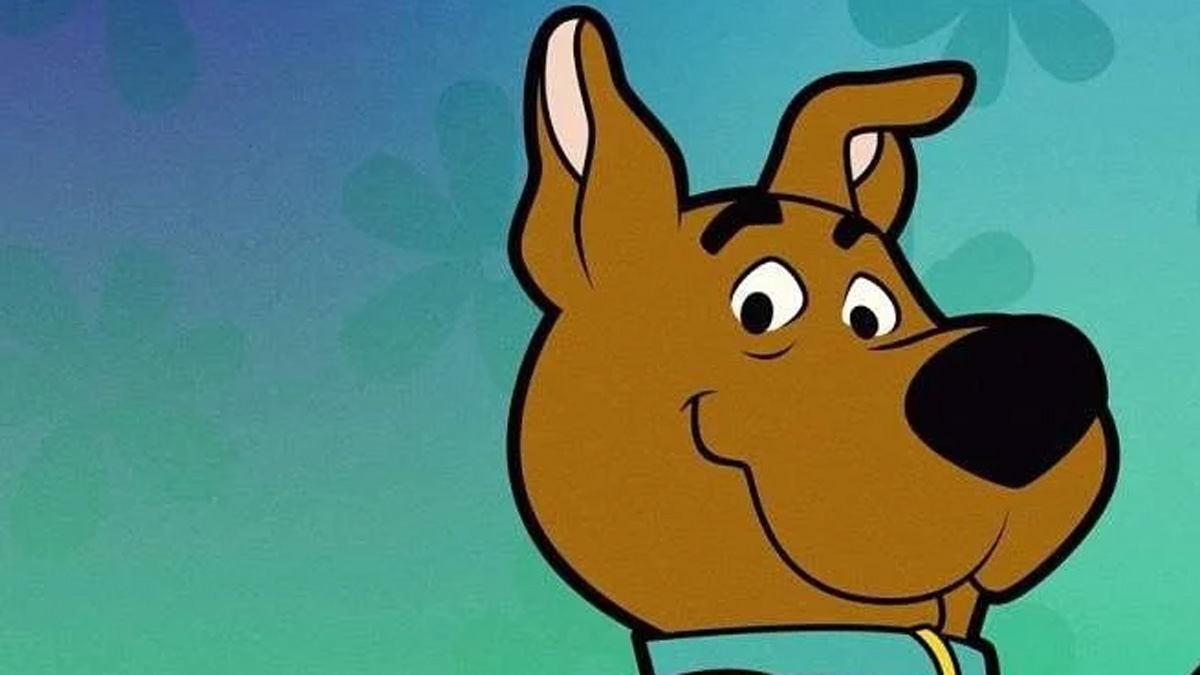 Sick as a dog. It’s a dog’s life. Dog-tired. Dog days. In the doghouse. Listen to the idioms and you could well believe that dogs had it rough. (Ruff? – Ed) They don’t. Dogs have it so good, or at least, the smart ones do.

Not the ones so clever they can understand over 50 words and dial the emergency services when you get a concussion, but the ones a step cleverer than that – the dogs who know that true happiness lies in being as dumb as a sack of hammers and of no use as anything other than a warm-bellied draught excluder.

So spare a thought for the guide dogs, police sniffer dogs and avalanche rescue dogs, those poor chumps. Do they know that other dogs don’t have jobs? While they’re up at the crack of dawn, ironing their little dog uniform and clocking in their little dog timecard, do they realise that other dogs are still abed twitching with rabbit dreams? While they’re out in the cold, the other guys are having their tummies rubbed and being fed biscuits? What is it dogs need a job for anyway? The pension? Health insurance? Who, friend, is charging them rent.

It’s the fault of TV dogs. They make having a job look fun and glamorous. These guys below have forgotten the true bliss of dogdom, which is to be loved and fed and fussed over while contributing precisely nothing but farts, aka, the universal dream.

First featured in 1938’s novel Lassie Come Home before moving on to the film world and eventually television, Lassie is the gold standard for all TV dogs. That’s because for over the span of an astonishing 17-season and 591-episode run, all this shaggy girl did was help. Kid trapped in a well? Lassie’s got you. There’s an escaped alligator in the lake? Lassie’s on the case. A radioactive guinea pig crash lands on Earth in a rocket? Yep, that’s somehow Lassie’s responsibility too. Simply put, no canine in the history of any medium has been put through more hell than poor Lassie. 591 episodes means that Lassie has endured 591 instances of dramatic nonsense. Ultimately, nine dogs would eventually portray the heroic pup (with eight of them originating from the first “Lassie”, a Rough Collie named Pal), but in the context of the series there is only one Lassie. That is nine lifetimes of stress for one dog. It’s past time to put on the thundershirt, plug in the pheromone diffuser, and let Lassie relax. AB

Scrappy Doo from Scooby-Doo and Scrappy-Doo

Unlike most of the other good boys and girls on this list, Scrappy Doo is an actual, genuine, bonafide little shit. The exhausting nephew of committed stoner Scooby, Scrappy is aggressive (“lemme at ‘em!”), arrogant (“puppy power!”) and has a serious case of small dog syndrome. Everyone hates Scrappy and his implicit judgement of his Uncle Scooby – Scrappy doesn’t even walk on all fours like Scoob. However, while he is clearly an obnoxious arse, spare a thought for the youngster – he has made Daddy issues with his father being absent his whole life. Not an excuse, but maybe with a little therapy Scrappy could grow up and learn to be a bit more chill like his Unc. RF

To be clear, The Littlest Hobo is an extremely good boy who needs to chill the f out for his own sake, not anybody else’s. This guy simply owes himself a break. In literally The Littlest Hobo’s first episode, he pals up with a forest ranger who gives him a name, a ride in his plane, and the chance to live out his days in a domestic forest-based idyll. No, says The Littlest Hobo, with his eyes. Not for me. The same happens the next episode, and the next, and the next.

For years, however plush a situation that German Shepherd is offered, however many firesides and cuddles from adoring children are up for grabs, on he plods. As his theme song explains, there’s a voice that keeps on calling him, down the road, that’s where he wants to be. This guy’s all about the next adventure. He can’t think about beds, biscuits and familial bonds while there are unexploded WWII missiles to defuse and ballerinas to help defect from Soviet Russia. Tell me this, The Littlest Hobo, when does it end? You deserve a rest, pal. You’ve earned one. LM

K9 from Doctor Who

Not to be confused with American buddy cop show dog K-9, tin dog K9 has had a long and illustrious history on British science fiction classic Doctor Who. First introduced as a companion to Fourth Doctor Tom Baker in 1979’s “The Invisible Enemy,” K9 has always been a (robot) dog with zero chill, and that lack of chill has often been instrumental in helping the Doctor save the base or planet, so no complaints here. Not satisfied by being the main dog-robot character on one show, K9 has funneled his super intelligence into no less than three spin-offs (K9 & Company, The Sarah Jane Adventures, and K-9). What else do you expect from a dog who can shoot lasers from his nose? KB

They don’t name shows with the same glorious efficiency that they used to. Case in point is late ‘90s NickToon CatDog. Any guess as to what CatDog is about? Believe it or not it’s about a biological entity that is half-cat and half-dog. Cat and Dog are a classic Odd Couple pairing where Cat is erudite and cultured while Dog (voiced by SpongeBob SquarePants himself, Tom Kenny) is an excitable lunatic…you know: like a dog. While the spirit of this list is that many TV dogs need a break, in this case it’s poor Cat who needs a break. Being literally connected to a slobbering beast with a penchant for eating garbage is a tough lot in life. Dog needs to chill out just to be a better partner for his Siamese twin. AB

Ren from Ren and Stimpy

If any creature of any species needed to chill the f out, it’s Marland T. Höek aka Ren. A psychotic Chihuahua obsessed with building big muscles, who routinely tortures his dumb but kind best mate Stimpy, Ren is throbbing ball of anxiety at all times just waiting to explode. Vaguely based on iconic film noir antagonist Peter Lorre, he’s forever calling Stimpy an “Eediot!”. Which Stimpy probably is. The trouble is, Ren actually likes being angry, as we learn in the iconic episode ‘Stimpy’s invention”. In it, Stimpson comes up with such genius contraptions as a device that allows you to talk to cheese (whatever language you speak), “Stay-Put Socks” (socks filled with glue) and finally the Happy Helmet, a Clockwork Orange-esque contraption which he straps to Ren to make him forcibly cheerful. It’s torture for Ren, who smashes it with a hammer and returns blissfully to his heightened state of pure rage. It’s what makes Ren, Ren. RF

Cain and Abel. Romulus and Remus. Michael and Fredo Corleone. Eddie and Frasier Crane… The tragedy of fiction’s greatest fraternal rivalries is just how avoidable they all are, if only everybody would chill the f out. Take Eddie Crane. Did he really need to start a campaign of psychological warfare against Frasier when he and Marty moved into that chic apartment? No he did not. Eddie could have taken one look at Frasier’s enormous disposable income, mentally worked out how many cordon bleu liver pate portions and cashmere-lined dog beds that could land him, and started bringing the man his damn slippers in the morning. But no. Eddie had to lord his status as Marty’s favourite son over Frasier. He had to get up on the designer furniture and undermine Dr Crane with a series of never-ending staring contests. What a waste. Together, they could have ruled Seattle, but Eddie just had to bring the beef. LM

Wishbone knows how to relax with the best of them (and by “them,” I mean Bassett hounds), but sometimes his literary-loving mind gets the best of him, and he gets inspired by his latest read to take on a mission or mystery that, quite honestly, looks like it takes a heck of a lot of energy. It doesn’t help that Wishbone usually takes on the persona of the most extra character in whatever book-story he’s currently reading, carrying the themes into his own life. Why be Dr. Watson when you can be Sherlock Holmes? Why read and act out a nice, calm story like Walden, when you could quest it up as Hercules or Odysseus, or seek out epic revenge as Edmond Dantés? Even when Wishbone is reading classic sleeping story Rip Van Winkle, he can’t help but lead point on digging up a time capsule in neighbor Wanda’s yard. Classic Jack Russell energy, honestly. KB

With great power comes great responsibility. And in Blue from Nickelodeon series Blue’s Clues case, that power includes deductive reasoning and a passable attempt at garbled English. From 1999 through 2006, Blue and her pawprint clues helped children learn about all sorts of things. That mission is certainly very nice but it’s simply too much to ask from a dog. Blue’s original human host counterpart, Steve Burns, left the show in 2002 as he was getting a bit long in the tooth. Blue, however, did not have the same luxury, continuing to educate children alongside new host Joe (Donovan Patton). It’s unknown what the typical lifespan for cardboard cutout blue dogs is, but Blue is hopefully still somewhere out there, chilling out, and refusing to help any child to learn new lessons. AB

Stan from Dog With a Blog

Stan, the dog from Dog With a Blog can speak, but he must not speak. If the world ever learns his speaking secret, then he’ll be sent to a lab for scientists to discover the source of his power (which, like the cause of the zombie outbreak in The Walking Dead, is never explained). That’s why Stan blogs. It’s an escape valve for all his meditations on life as a Pasadena family pet with a poodle fetish. Unhelpfully though, Stan is unable to shut up for a single second in this Disney Channel show. His blog clearly isn’t working as the outlet it was designed to be. No matter who’s within hearing range, Stan is constantly making wisecracks, inappropriately sexual remarks about poodles, and inexplicably repeating lascivious catchphrase “Theeeeere’s the sugar”. First, the kids find out his secret, then their gran, their parents, family friends, passers-by… until eventually he comes clean on a live TV broadcast, after which the mantle of fame protects him from becoming a living experiment. If only the dog with a blog had kept it zipped, he could have kept his head down, avoided a huge amount of fuss and concentrated on monetising that bad boy with some Google AdWords.

There’s technically a human star of this show (shout out to Ryder!), but let’s be real… it’s all about the canines in this Canadian CG program about a group of search and rescue pups. Like other dogs on this list, the Paw Patrol crew just can’t help but have a vocation (gotta get those kiddos hyped for a lifetime of work-life imbalance)—in this case, mostly in the emergency services field. Of the original members, Chase is a police and spy dog, Marshall is a firefighter and paramedic, Skye is an “air pup,” Rocky is a recycling and handydog, Zuma is an aquatic rescue pup, and Rubble is a construction pup. Later pup characters’ specialities include jungle rescue, snow rescue, and dinosaurs. These pups even rescue space aliens. Stop making the rest of us look bad, Chase. KB