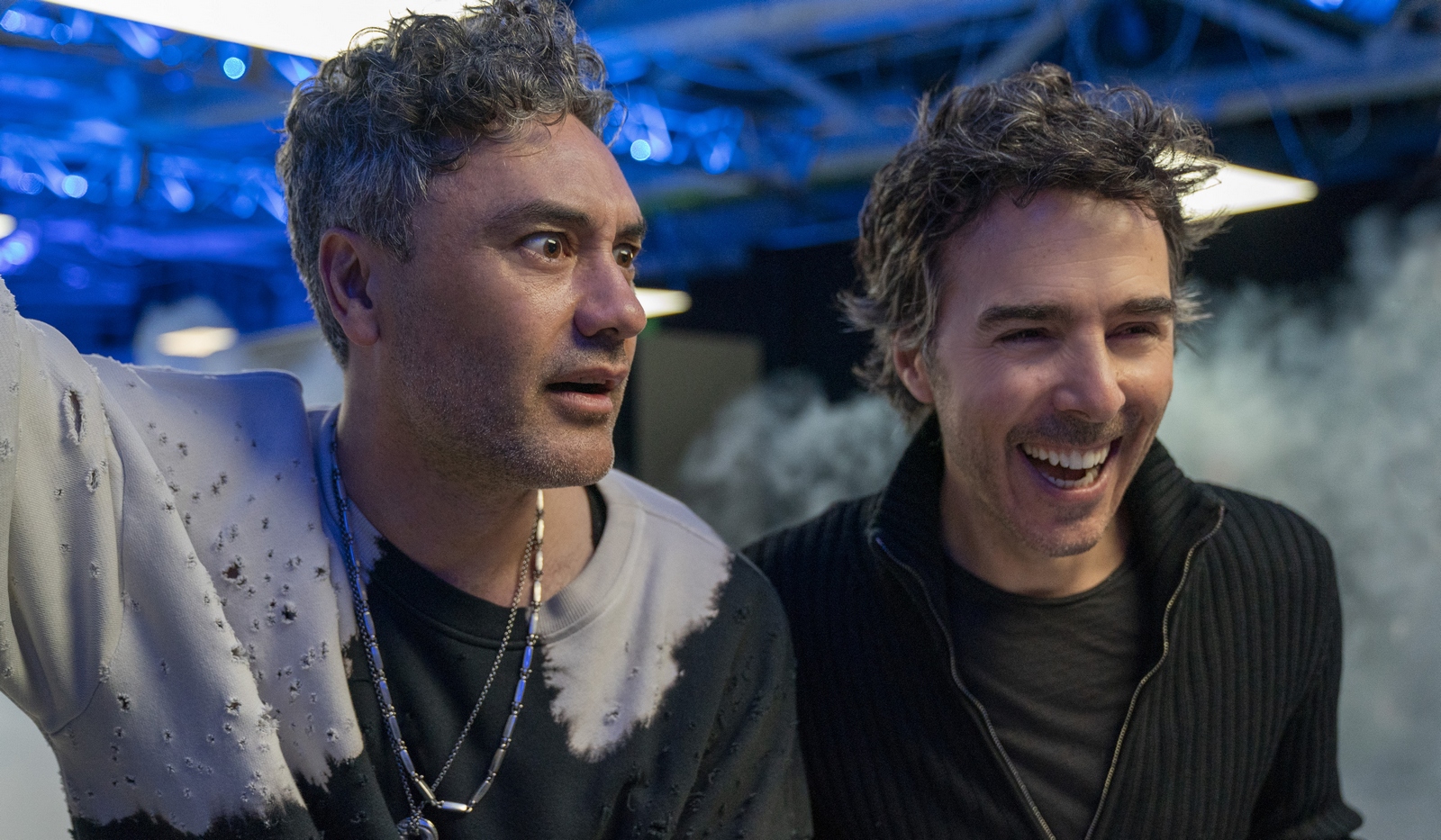 Everything is better when you add Taika Waititi to it.

The actor, director and writer, who has crossed to mainstream audiences in recent years with his acclaimed Thor: Ragnarok and Jojo Rabbit, co-stars in the new Free Guy as Antwan, the narcissistic, greed-driven head of video game publishing company Soonami.

Antwan has stolen code from two of his workers to use as the basis for “Free City,” the violent, chaotic game that has become a runaway best seller for his company. But as Antwan gears up for the release of “Free City 2,” one thing stands in his way: the rogue background character Guy (Ryan Reynolds), whose dawning self-awareness threatens to upend the ecosystem of “Free City” and Antwan’s ruthless plans.

Free Guy is already an often uproarious, anarchic comedy that also explores questions of free will, self-determination and cultural immersion, anchored by a sunny, relentlessly good-humored performance from Mr. Deadpool himself. But throw in a seriously deranged Waititi, and you’ve got something else to bend viewers’ minds for two hours.

If not longer: according to Free Guy director Shawn Levy, there was more Taika footage that didn’t make it into the movie. A lot more.

“I think the only thing, the main stuff on the cutting room floor is about nine hours of Taika Waititi improvisation,” says Levy when Den of Geek asks if there was a lot of material left out of the freewheeling film. “The great thing about him is he is so loose, and he is so experimental, that he’ll just try jokes, knowing most of them won’t work, but never being embarrassed to try.”

Levy adds, perhaps jokingly (but we hope not), that Waititi has “done signed” off so that perhaps some of his unused footage could surface at some point as a bonus feature or something along those lines.

But Waititi’s no doubt highly entertaining footage aside, Levy says that there really wasn’t much else that didn’t make it into Free Guy, thanks to the clear vision he and Reynolds had for the picture.

“The beauty of this movie is Ryan and I were really lockstep partners,” he explains. “We wrote the script that we wanted. We rewrote it as we shot. We shot new stuff. We would edit and come up with new ideas while we were editing. And then we would go out on a Saturday and shoot new stuff based on ideas that were occurring to us.”

He continues, “Even though it was a big budget movie, there was something down and dirty and almost film school-like about it, whether it was getting A*** T***** in the movie or shooting a scene of two young girls playing a video game in their bedroom and saying, ‘Waste that motherfucker.’ These were all ideas and jokes and elements that we came up with in the edit room and literally just went and shot on a Saturday to try out as ideas. And they tended to work — that’s why they’re all in the movie.”

Having seen Free Guy, we can vouch for the fact that there are lots of non-sequitur, off-the-rails jokes, references and cameos (including one star-spangled one that we just flipped for) — and plenty of Taika madness as well, even if more remains unseen for now.