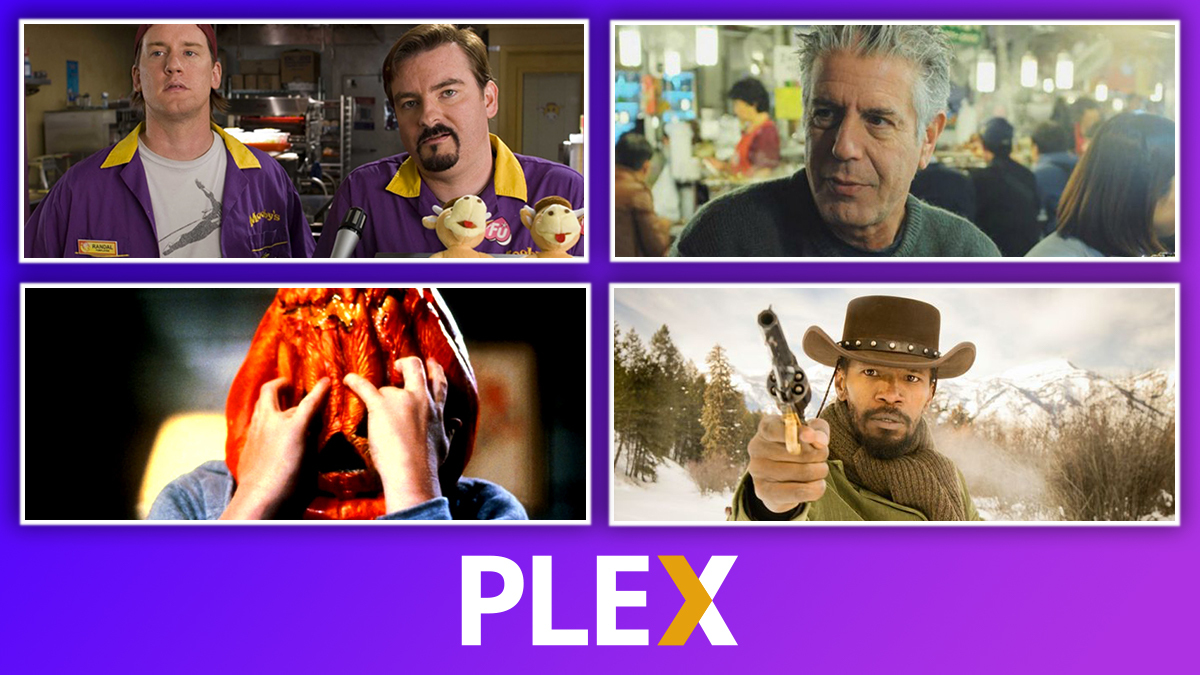 This story is presented by Plex

Streaming is getting expensive. What started as the cheap alternative to let you watch all of your favorite content and cut the cord on your cable subscription has ballooned into an arms race where one must shell out cash to several different providers just to watch their favorite movies or shows. Thankfully, Plex TV is here to entertain you and provide some relief to your wallet.

Plex is a globally available one-stop-shop streaming media service offering thousands of free movies and TV shows and hundreds of free-to-stream live TV channels, from the biggest names in entertainment, including Metro Goldwyn Mayer (MGM), Warner Bros. Domestic Television Distribution, Lionsgate, Legendary, AMC, A+E, Crackle, and Reuters. Plex is the only streaming service that lets users manage their personal media alongside a continuously growing library of free third-party entertainment spanning all genres, interests, and mediums including podcasts, music, and more. With a highly customizable interface and smart recommendations based on the media you enjoy, Plex brings its users the best media experience on the planet from any device, anywhere.

Plex releases brand new and beloved titles to its platform monthly and we’ll be here to help you identify the cream of the crop. View Plex TV now for the best free entertainment streaming and check back each month for Den of Geek Critics’ picks!

The second of Quentin Tarantino’s revisionist history lessons, Django Unchained is a provocative, post-modern Western film that mixes the widescreen sensibilities of Sergio Leone with Tarantino’s own gonzo impulses to create something hyper-violent, subversively funny, and more than a bit uncomfortable. Jamie Foxx stars as a slave freed by a German bounty hunter played by Christoph Waltz. Waltz won an Oscar for his performance as the kind German that takes in the stoic but savvy Django as his partner. Together, they travel the pre-Civil War South, killing slavers and savage men. Eventually, they embark on a more personal mission, as Django intends to free his beloved wife from a sadistic plantation owner played by a scenery-chewing Leonardo DiCaprio. With anachronistic needle-drops, hands-over-eyes horrors, and more blood than a donation bank, Django Unchained is an epic, entertaining revenge fantasy for the ages.

From director David O. Russell, Silver Linings Playbook is a screwball romantic comedy for the modern age. Despite inviting, yet livewire lead performances from Jennifer Lawerence and Bradley Cooper, Silver Linings Playbook really shines as an ensemble: Robert DeNiro, Jackie Weaver, Chris Tucker and Anupam Kher bring fully-realized characters to life in just a handful of scenes. Based on Matthew Quick’s novel of the same name, Silver Linings Playbook finds Bradley Cooper as a man who has been released from a psychiatric hospital a bit too soon. He’s frantically trying to prove that he’s bettered himself in an effort to win back his wife, but when he meets the equally unstable and filterless character played by Jennifer Lawerence, unusual sparks fly. Combining the familiar tropes of a sports film with unorthodox romantic leads, Silver Linings Playbook is a crowd-pleasing watch that creates harmony out of dysfunction.

It never mattered where Anthony Bourdain was going, we just wanted to be along for the ride. We lost the soulful, iconoclastic bad-boy of the culinary world far too soon, but he left behind a treasure trove of rewarding travelogues that tackled culture, social dynamics, and most importantly, food. Whether he was weighing in on a world-famous culinary hotspot or peeling back the curtain on a hole-in-wall gem, Anthony Bourdain: No Reservations was always thoughtful, fearless, and never less than authentic. It’s the rare show that is as educational as it is entertaining, hosted by a candid host who knew how to travel, knew where to eat, but most crucially, knew how to connect with people. Reality TV doesn’t get realer than this.

Halloween III: Season of the Witch

Following the mind-boggling success of the original Halloween, director John Carpenter had a clever idea. Instead of churning out sequels starring Michael Meyers, Halloween would become an anthology series, with each new film telling a spooky tale centered on the October holiday. The concept was inevitably scrapped, but Halloween III: Season of the Witch suggests that maybe Carpenter and co. should have stuck to their guns. Taking inspiration from Invasion of the Body Snatchers and working off a concept that Carpenter described as  “witchcraft meets the computer age,” Halloween III: Season of the Witch finds a doctor and the daughter of a toy maker trying to uncover the horrifying truth behind the town of Santa Mara, home to Silver Shamrock, the world’s largest manufacturer of Halloween masks. Intelligent, surprising, and disturbing, Halloween III: Season of the Witch is due for a critical reevaluation that heralds it as one of the most ambitious horror movies of the ‘80s

With the recent announcement that Clerks III has started production, it’s the perfect time to revisit Kevin Smith’s first-sequel to his independent film phenomenon, Clerks. Clerks II picks up with our titular clerks Dante and Randall 10 years after the events of the first film. The Quick Stop has gone up in flames and been replaced with a Mooby’s fast food restaurant. Dante and Randall toil the day away with their sheltered co-worker Elias and too-cool for minimum wage manager Becky. While the film tackles adult male friendships and middle age complacency, it’s main appeal is still sitting around, shooting the shit with your pals and listening to their expletive-filled rants about Star Wars, Lord of the Rings, or whatever pop culture fascination that they’re hung up on. Come for the surprisingly poignant story about Dante deciding to leave his friend behind, stay for Jay, Silent Bob, and a donkey.

New on Plex in August – Full List of Titles

The Naked Gun: From the Files of Police Squad!

3rd Rock from the Sun

A Little Bit of Heaven

A Walk in the Woods

The Air I Breathe

Alone in the Dark

Arthur and the Invisibles

The Death and Life of Bobby Z

Death and the Maiden

Diary of the Dead

Fire in the Sky

Getting to Know You

Ghost in the Shell

The Girl Who Kicked the Hornet’s Nest

The Girl Who Played with Fire

The Girl with the Dragon Tattoo

A Guide To Recognizing Your Saints

Halloween III: Season of the Witch

Hobo with a Shotgun

House of the Rising Sun

How I Live Now

I Give it a Year

I Saw the Devil

I Spit on Your Grave

Interstate 60: Episodes of the Road

Invasion of the Body Snatchers

Jeff, Who Lives at Home

John Dies at the End

The Last Days on Mars

The Legend of Hercules

A Little Bit of Heaven

A Long Way Down

The Man from Earth

The Man from Nowhere

The Man Who Killed Don Quixote

Never Back Down: No Surrender

Legends of Tomorrow Season 3 Episode 5 Review & After Show | AfterBuzz TV
eBay Holiday Gift Guide for Gamers and Hobbyists
The Uncanny Parallels Between The Beatles: Get Back and A Hard Day’s Night
The Flash: Armageddon Brings Black Lightning Back to the Arrowverse
Batman: The Killing Joke – Official Trailer