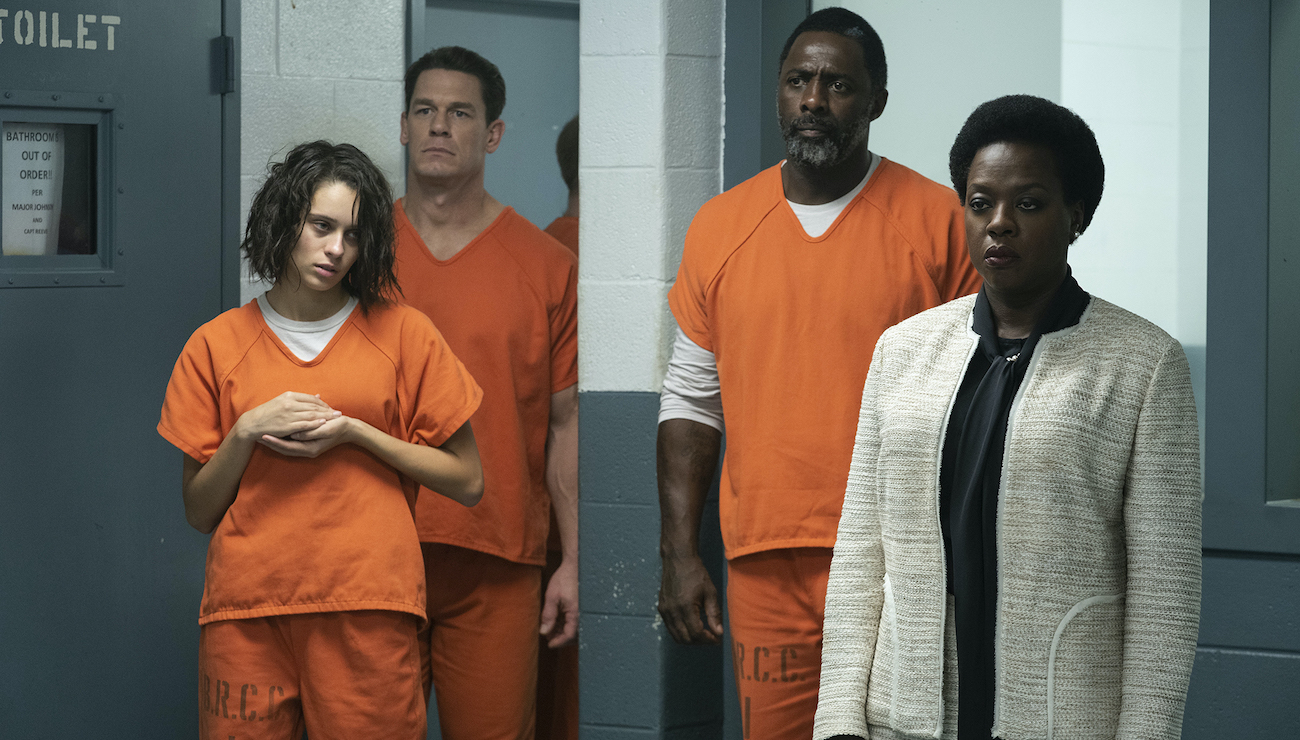 If you’ve spent any time in the last few years among comic book fans, be it socially or online, then it’s easy to remember one of the most repeated criticisms leveled at the tangled madness we call the DCEU: The villains are terrible. This critique is not without merit.

Despite DC Comics being home to some of the greatest villains of comicdom—who have in turn inspired some of the greatest movie baddies like Heath Ledger’s Joker, Michelle Pfeiffer’s Catwoman, and Terence Stamp’s General Zod—Warner Brothers’ more recent DC Extended Universe has struggled to live up to that legacy. The studio’s helter skelter efforts started serviceably enough with Michael Shannon’s take on Zod in Man of Steel, but it quickly derailed with whatever bad advice Jesse Eisenberg was getting for his version of Lex Luthor in Batman v Superman: Dawn of Justice. And the less said about CG oddities like Doomsday and Steppenwolf, the better.

Even 2016’s Suicide Squad seemed to struggle with this problem despite being a movie populated only with supervillains. With the exception of Margot Robbie’s fantabulous Harley Quinn (who is more antihero than villain), few of the bad guys worked in that film, with actual heavies like Cara Delevingne’s Enchantress and Jared Leto’s hammy Joker falling completely flat.

What irony it is then that it took James Gunn’s The Suicide Squad to reveal five years later that the franchise and larger DCEU has had a great villain this whole time. Viola Davis did not originate the role of Amanda Waller in this weekend’s R-rated superhero sequel, but she certainly perfected it. What was already a formidable screen presence in an otherwise cluttered mess of a movie a half-decade ago has come into chilling focus here, and Davis has revealed she can give the scariest of performances within only a handful of scenes. Despite Gunn’s semi-sequel/semi-reboot being full of laughs, there’s nothing smirking about Davis’ constantly simmering ferocity.

In 2016’s Suicide Squad, Davis had more screen time and ostensibly more “badass” moments than she would in Gunn’s movie. In the final cut of that earlier film—which it should be noted is a version director David Ayer has more or less disowned—Davis gets the pre-title cards’ biggest entrance, with the soundtrack unimaginatively playing “Sympathy for the Devil” as she walks into close-up toward the screen. She also factors much more centrally to that movie’s plot, including in a scene where she is shown to murder her own technical engineers and assistants in the hope of covering up her culpability in that film’s messy plot.

Nevertheless, all of these moments intended to highlight her as a scary presence are as ham-fisted as the “damaged” tattoo on the forehead of Leto’s Joker. Davis, a powerhouse performer and one of the best actors of her generation, will always give a hundred percent on screen, but the characterization of her government mastermind always seemed underserved by the script’s broad characterization back then.

In The Suicide Squad, Davis plays the same shady lady: a morally ambiguous figure who finds different ways to blackmail incarcerated supervillains into going on suicide missions to “save the world.” Yet despite being far less central in this movie’s plot, Davis comes to dominate it as the true ultimate big bad. To be sure, there’s also a giant starfish called Starro the Conqueror, who acts like a cross between Godzilla and the facehugger in Alien. And yet, that creature is largely a physical menace in the end, and one that Gunn’s screenplay even sympathizes with. Starro ultimately comes off like an intergalactic King Kong who’s been kidnapped by humans to perform in the big bad city.

But Waller? She isn’t empathized with once by Gunn, and she is given ample opportunities to reveal a utilitarian cruelty that feels grotesquely real. It’s all fun and games at first in the opening sequence where Task Force X’s A-team is sent to be butchered on the shores of the Corto Maltese beachhead. When poor, dimwitted Savant (Michael Rooker) attempts to run away from the slaughter, Gunn’s camera almost fetishizes Waller’s power as she detonates the bomb in his neck, splattering his brain matter across the waves.

A sequence like that is expected in a movie like The Suicide Squad, and the coldness of her choice to pull the trigger on one of her own men is almost a gleeful confirmation that this movie will be going much harder than the 2016 version. However, as the picture progresses, the absolute indifference toward human life Davis embodies stops being a laughing matter.

Early on, the script does a lot of that heavy-lifting when we learn that Waller’s ace for blackmailing Bloodsport (Idris Elba) into working for her is that she’ll lean on the courts to have his daughter tried as an adult for shoplifting—thereby getting her sent to a maximum security prison where she wouldn’t last a day. It’s a vicious moment. But where Davis really brings the callousness out is at the end of the movie when we learn the story’s whole mission is not about destroying Starro, but erasing the records which prove the U.S. government is complicit in Corto Maltese’s experiments on the alien, which has resulted in the murders of thousands of civilians, including the children of dissidents.

When Starro inevitably breaks free and starts running amok, Waller doesn’t ask her team of supervillain rejects to save the day; she tells them to come home. Starro destabilizing a nation that’s become antagonistic to the United States will be good for strengthening U.S. influence in Central America, and if this alien kaiju has to kill a million people to do it, all the better.

There is a creepy cynicism to this plot twist, and it rings with an uncomfortable authenticity after a century of American foreign policy in the western hemisphere. Is it heavy-handed in a film where a giant starfish ends up battling an army of rats? Sure. But in a world where an American administration sanctioned the funneling of Iranian arms to Nicaragua in order to destabilize that country—and the said presidential administration which did this would go on to be lionized for decades to come by one of America’s two major political parties—it feels depressingly believable.

And Davis plays it all with the relentless conviction of a bureaucrat who’s seen it all and doesn’t really give a damn what anyone else in the room thinks. In fact, for most of the movie, the most compelling and unnerving thing about her Waller is how still and immobile she appears. She’s a rock for all the nuttiness of this film’s sea of supervillains to impotently crash against.

The only time she ever raises her performance above a monotone is when Elba, Margot Robbie’s Harley Quinn, and the rest disobey her orders. In that moment, the actor who won an Oscar for wrestling a film away from Denzel Washington in Fences lets the fireworks fly. The loss of control turns Davis’ Waller into a monster far more fearsome than anything to do with starfish. She overwhelms the screen like a D.C. beltway variation of the Red Queen bellowing “off with their heads.” Her rage so consumes the screen that for the briefest of moments, it seems like the film could really end with her killing off the rest of the “good guys.”

Of course it does not go that way, and Waller is taken out of commission by her own minions in a nondescript control room for the rest of the climax—and her overlooking this blatant act of insubordination is probably the most absurd thing in The Suicide Squad. Even so, Waller remains undiminished and unchastened when the credits roll.

And that’s the most satisfying thing about Davis’ villain: unlike giant starfish or magical witches, she can’t be defeated or toppled. At best her type of realpolitik power can be merely evaded or sidestepped for a time. She doesn’t have any grandiloquent speech about gods and devils, or communion with CG beasties that lead her to babbling about “bells being rung.” She is simply a brutally efficient administrator whose effectiveness is actually a drag on the entire world around her—including the hapless antiheroes she will continue to force into suicide missions.

In a world where blockbuster antagonists more often run together in their search for MacGuffins and the ambitions to conquer the world, Davis’ Waller stands all the starker because you realize she achieved that domination long ago.