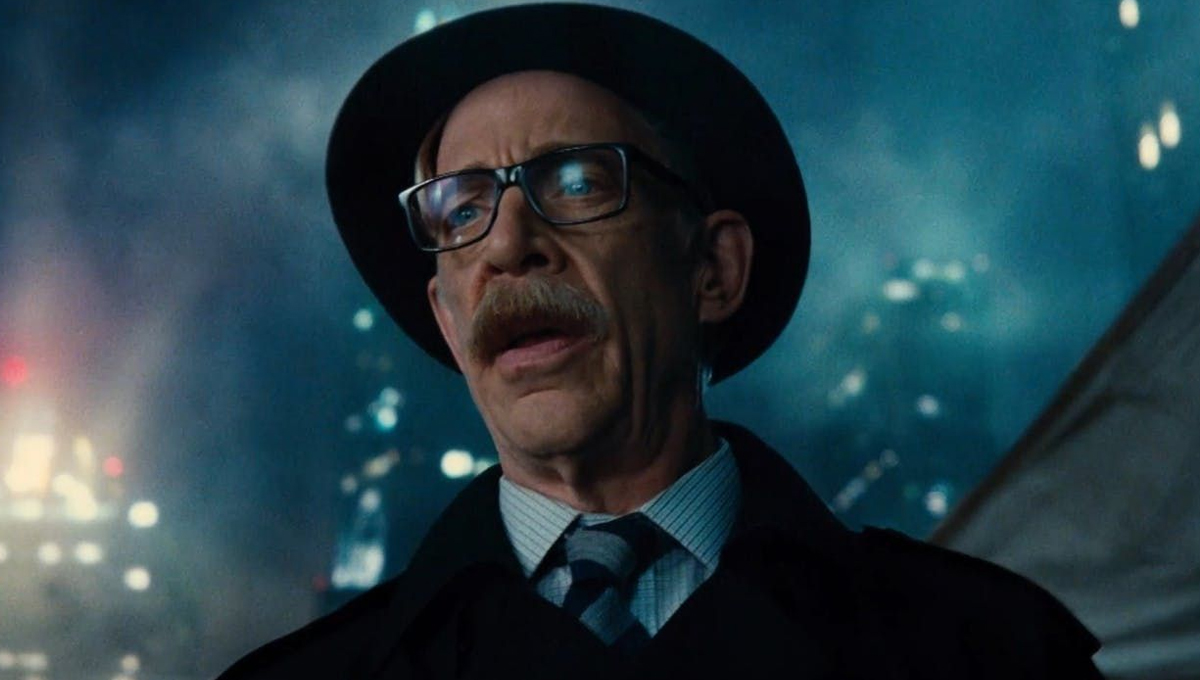 HBO Max’s Batgirl movie has finally started to take shape with last week’s casting of Leslie Grace as its central debutante vigilante, Barbara Gordon. Moreover, the other crucial element in the film’s dynamic was recently revealed by THR, which reports that J.K. Simmons will play the character’s father/foil, Commissioner James Gordon, reprising his role from 2017’s Justice League (and 2021 redux Zack Snyder’s Justice League, a.k.a. the Snyder Cut). Consequently, the casting essentially confirms the film’s place in the DC Extended Universe continuity. So, will Simmons’s Gordon get to field more than rooftop meetings this time around?

Simmons, an Oscar-winning actor, is already a staple in the comic book movie genre from his irreplaceable role as boisterously cantankerous paper editor J. Jonah Jameson in Sam Raimi’s Spider-Man Trilogy and a recently relaunched iteration of the character in the Marvel Cinematic Universe set to take the spotlight in this December’s Spider-Man: No Way Home. Yet, he can also effectively play a frightening badass, as anyone who watched his run on 1997-2003 HBO prison drama Oz can attest. Pertinently, Simmons, upon the announcement of his Justice League James Gordon role, stoked serious hype for his then-upcoming contribution to the character’s long legacy with images of his buffed-up physique (then at 61 years of age,) posted by his trainer. Plus, a 2016 EW interview had him promising a more…let’s just say proactive version of Gordon than we’ve seen in the past.

“People of my generation remember Commissioner Gordon as this jolly, ineffectual Santa Claus type, and I think over the years in the comics there’s definitely much more of a badass side to him,” explained Simmons. “One of the things that’s interesting to me is investigating hopefully a little bit more of that badass [side]…You’re living in a universe where it’s pretty tough to be a badass compared to somebody like Batman, but in the universe of non-superheroes I like the idea of Commissioner Gordon as a guy that can take care of himself, a guy that’s a real partner to Batman, not just a guy that turns on the bat signal and goes, ‘Help! Help, Batman!’”

Unfortunately, the Justice League gig didn’t get to live up to the hulking hype, and Simmons was relegated to a minor role, primarily for a scene in which Batman and the rest of the assembled heroes meet with Gordon in the familiar backdrop of a Bat-Signal-hosting Gotham rooftop. There, he mostly provided some expository dialogue and played the proverbial straight man in some of the sporadic superhero comic moments. Furthermore, all of Simmons’s social-media-showcased gym work ended up hidden underneath a suit and trenchcoat, leaving his “badass side” in storage for another day that wasn’t exactly promised to arrive. Indeed, it was an anticlimactic result that didn’t even live up to what was achieved with Gary Oldman’s version of the character in Christopher Nolan’s The Dark Knight Trilogy, who at least occasionally got out in the field to fight criminals, and even had his moment to help save the day in explosive fashion when driving the Tumbler Batmobile in the first film.

Now, with Batgirl, Simmons’s 2016 teases can prospectively come to fruition, belated as they may be. While no details about the plot have been confirmed as of yet, the definitive dynamic of Barbara Gordon has always prominently focused on how her surreptitious nocturnal flights of fancy affect James, who is initially oblivious to the idea that one of the junior vigilantes in Batman’s stable—with whom he regularly deals in his capacity as commissioner—happens to be his own daughter. It’s a potential powder keg dynamic that has been placed in the hands of up-and-coming directorial duo Adil El Arbi and Bilall Fallah (Bad Boys for Life), who work off a screenplay by Christina Hodson (Birds of Prey, Bumblebee).

Thusly, it will be interesting to see what manifests from this team, especially since the course of the DCEU is now significantly altered from the vision initially set by dismissed story maestro Zack Snyder. Indeed, Snyder not only had grandiose ideas for Justice League to serve as the first part of a time-traversing trilogy, but his plans also involved expanding the roster of solo films, with Batgirl being one of the prominent entries. However, based on what details Snyder eventually divulged in an Esquire interview this past March about his now-nixed version of the story, Gordon’s action hero prospects were unlikely to improve.

“You see, I always wanted Barbara Gordon to come in the movies. Commissioner Gordon would be on the way out, and we’d have Barbara starting to play a bigger role,” explains Snyder. “My idea was that after Batman sacrificed himself [in the climax of his unrealized third Justice League movie], there would be a window where there was no Batman, and I thought Barbara could fill that until the child of Superman and Lois, who has no powers, would become Batman when he was of age.”

That leaves us to wonder how much of Snyder’s story DNA will remain present in this current iteration of the Batgirl project. Of course, it has already been passed down by many creative hands in the lengthy gestation process, the most prominent of which was Joss Whedon, pinch-director of Justice League’s 2017 theatrical release, which is the version that Warner—despite the film’s underperforming status and Whedon’s personal controversies—still definitively considers canonical for the DCEU. Yet, in Snyder’s slow-burn Batgirl designs, James Gordon would have been in the eventually-realized solo movie just to be quickly phased out as Barbara fills the vigilante vacuum left in Batman’s wake. It wouldn’t exactly be promising for Barbara, either, since she was destined to be relegated—presumably after a time jump—to mentoring the powers-deprived son of Superman and Lois Lane, whose conception was subtly implied exclusively in the Snyder Cut with an ambiguously-worded congratulations to Clark Kent from Bruce Wayne after the latter “bought the bank.”

Of course, while directors El Arbi and Fallah certainly stand to place their own creative imprint onto the mythos, Hodson was hired to pen the Batgirl script back in April of 2018, a time that may have been after Snyder’s tenure came to its abrupt end behind the scenes, but still had Warner working with the immediate aftermath of his playbook. This was notably the case with Aquaman, which featured the key character of Amber Heard’s Mera, who Snyder introduced with his initial work on Justice League, and the Snyder Cut also notably served as the retroactive introduction of Willem Dafoe’s Vulko. Yet, Simmons, even after the disappointing Justice League role, has expressed enthusiasm about returning as Jim Gordon. Perhaps what he’s read of the Batgirl script has given him reason to be optimistic about his desired action prospects.

Batgirl doesn’t have a firm release date to reveal, but the film is set for an exclusive streaming premiere on HBO Max in 2022 or 2023. However, by that point, Warner will have already debuted a different version of Commissioner James Gordon, as played by Jeffrey Wright in the Earth-2-set reboot movie, The Batman, which is currently scheduled to hit theaters on March 4, 2022.

Charles Addams Biographer Defends Addams Family Values
Who is Your Favorite DC Character? | DC FanDome
Elden Ring Delay Throws the 2022 Video Game Release Schedule Into Chaos
The Batman Feels Like It Picks Up Where The Dark Knight Left Off
How The Flash Movie Trailer Brings Back Michael Keaton’s Burtonverse