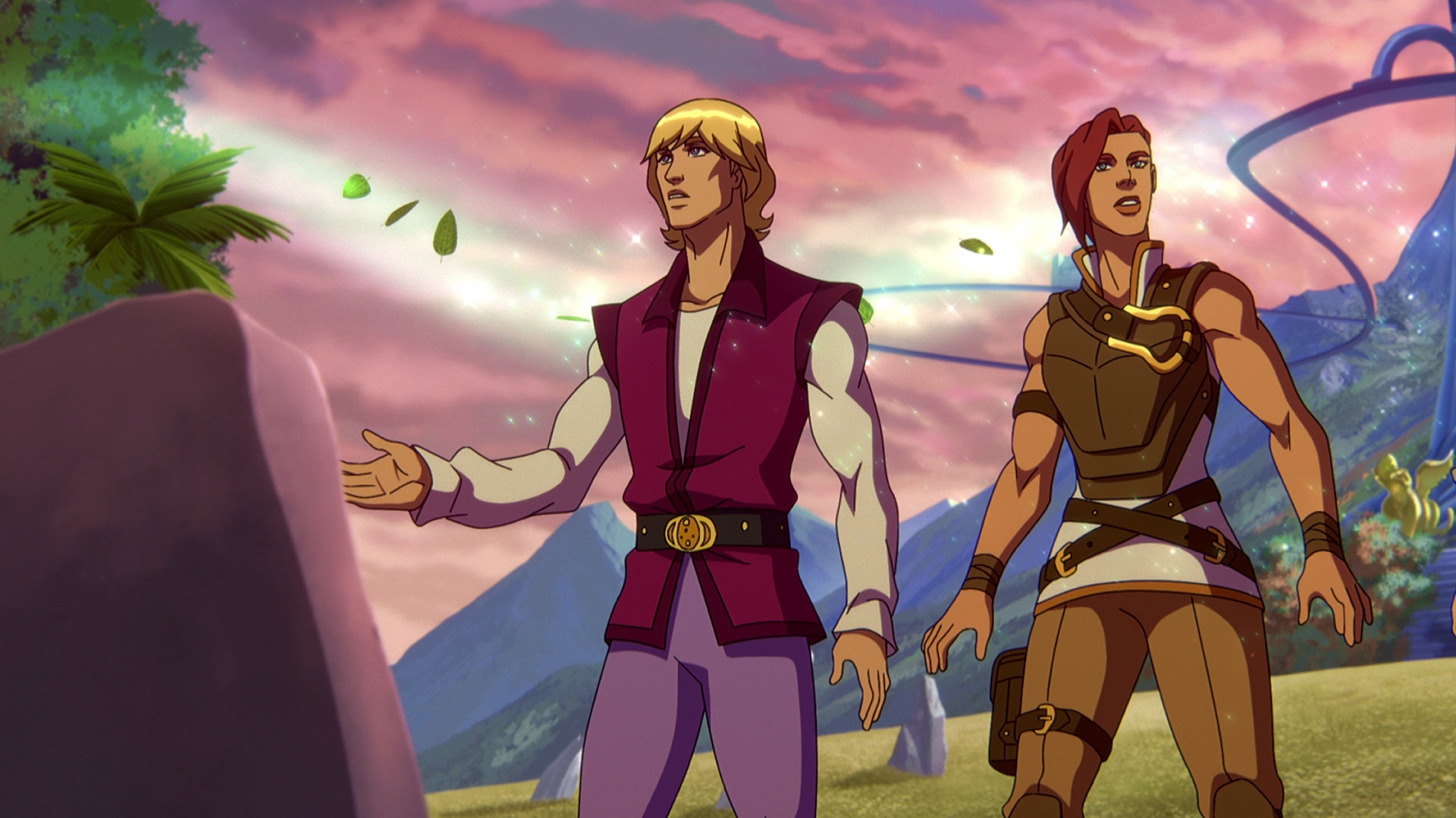 This article contains spoilers for Masters of the Universe: Revelation.

Bo Burnham’s Netflix comedy special Inside is just under two months old now and yet it already seems to be a disturbingly prescient bit of art about the internet era. Consider, for a moment, the line: “The backlash to the backlash to the thing that’s just begun.”

Netflix’s Masters of the Universe continuation, Revelation, was just released on July 23. And yet…the backlash to the backlash to the thing that’s just begun has already arrived. In a new interview with Variety, MOTU: Revelations showrunner Kevin Smith responded to fan complaints about the series.

“I know there’s some people that are like, ‘Hey, man, this show’s woke,’” Smith said. “I’m like, all right, great, then so was the original cartoon we’re fucking sequel-izing. Go watch it again. There are girls in every episode. Deal with it.”

A bit of background might be in order. Masters of the Universe: Revelation is not a reboot of the beloved Mattel IP but rather a continuation of it. In the interest of making the franchise feel more consequential the show features some bold storytelling swings. In the series’ first episode, both He-Man (Chris Wood) and his archenemy Skeletor (Mark Hamill) are killed, leaving Eternia void of magic. With He-Man absent (save for some flashbacks), the character of Teela (Sarah Michelle Gellar) steps into the protagonist void.

Though Masters of the Universe: Revelation was designed to please fans of the franchise, some of those fans took to social media to voice their displeasure with the sidelining of He-Man in favor of Teela. If this all sounds to you like a fairly predictable cycle of internet outrage, then you’d be right. It’s so predictable, in fact, that while Smith’s interview with Variety came before the series even premiered, he was able to respond ahead of time to the likely fan complaints.

“I see people online go, ‘Hey man, they’re getting rid of He-Man!’” he said. “Like, you really fucking think Mattel Television, who hired me and paid me money, wants to do a fucking Masters of the Universe show without He-Man? Grow the fuck up, man. Like, that blew my mind, a bunch of people being like, ‘Oh, I smell it. This is a bait and switch.’”

Not one to mince words, Smith added that those complaining about the He-Man/Teela twist don’t understand the point of Masters of the Universe.

“It’s been interesting, seeing who truly is a hardcore fan. Because anybody that’s like, ‘Oh, man, there’s not enough He-Man’ or something like that, doesn’t understand the show that we based it on. There were episodes where he lost the sword and he never became He-Man. It wasn’t like He-Man always saved the day. His friends helped him. That was the fucking point of the show.”

Smith’s ability to anticipate the MOTU backlash before it even arrives speaks to his long history dealing with fandom. Though he began his career writing and directing films like Clerks, Mallrats, and Chasing Amy, Smith has often approached material from a fan’s perspective. References to other films and comics pepper his early work. He has also gotten to try his hand at comic writing with well-regarded runs on Daredevil, Green Lantern, and Batman.

Of late, however, Smith has enjoyed an unofficial role as a professional lover of things, whether that be Marvel movies, DC TV shows, or even Canadian high school dramas. In addition to his artistic capabilities, that outlook is partially what drew He-Man’s caretakers to Smith in the first place. Along with his, let’s say, blunt approach to dealing with bad faith criticism.

Masters of the Universe: Revelation is available to stream on Netflix now. A new batch of episodes is expected to arrive later this year or early 2022.