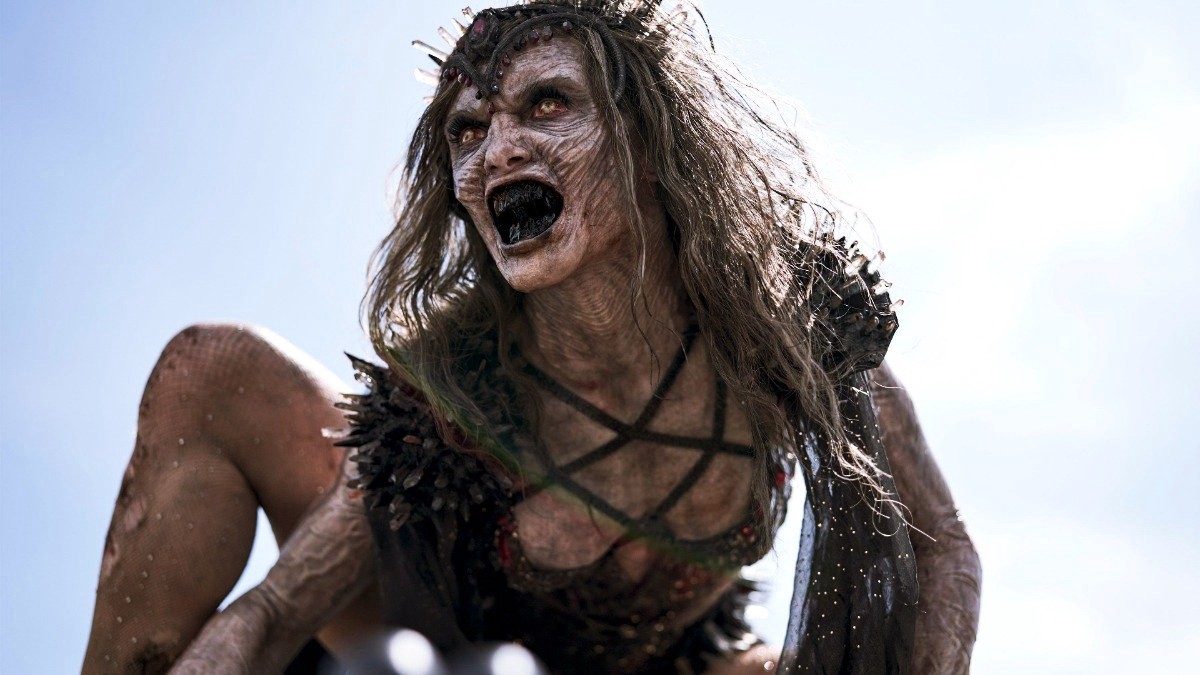 Despite his exit from Warner Bros’ big-screen DC movie universe, director Zack Snyder isn’t done with shared universes just yet. And while his tenure as the creative lead of the DCEU, which culminated with this year’s Snyder Cut of Justice League, may have been polarizing to say the least, the Army of the Dead director may actually be just what Netflix needed.

After years of chasing ways to build its own coveted blockbuster shared universe, such as with its failed attempt to launch a superhero universe based on Mark Millar’s Jupiter’s Legacy, the streaming service finally seems to have the foundation it was looking for with Snyder’s return to the genre that turned him into an A-lister back in 2004. In fact, Army of the Dead was originally conceived as a sequel to Snyder’s Dawn of the Dead remake, but almost two decades later, it’s grown much bigger than that.

Even before Army of the Dead introduced us to Snyder’s vision of a zombified Vegas strip in May, Netflix already had plans to expand this world beyond just one action movie. The streamer greenlit a prequel heist movie starring Matthias Schweighöfer’s goofy safecracker Ludwig Dieter, as well as an anime prequel series, soon after striking the partnership with Snyder. As the centerpiece of this fledgling zombie universe, Army of the Dead set up many opportunities for future sequels and spinoffs, too. There could be aliens, robot zombies, or even trippy time loops in future Army installments, and Mexico City is almost certainly doomed in the recently announced sequel. And judging from the audience response to the first movie, most viewers are willing to go along for the ride.

Some might say Netflix has nailed the shared universe formula with the most unlikely source at the helm. Despite the fervor with which his most passionate fans defend his work, Snyder’s contributions to the DCEU are still heavily debated years later. There are those fans who love his grittier, darker take on the DC pantheon, while others believe universe kickstarters Man of Steel and Batman v Superman: Dawn of Justice tanked DC’s chances to compete with Marvel Studios from the beginning.

But regardless of what you think of the quality of his work (we gave Army of the Dead three out of five stars), it’s clear that Snyder’s name attracts viewers — even if some only tune in to see how the over-the-top director has outdone himself this time. The movie got 75 million views in its first month, making it the 9th most watched English language film of all time on Netflix, and securing the immediate future of the franchise. Army of the Dead 2, which will once again be directed and co-written by Snyder, is now in development, but it won’t shoot until after the director has completed work on his space-set sci-fi film Rebel Moon, also coming to Netflix.

In the meantime, there are other corners of the Army of the Dead universe to explore, including the backstory of Dieter, who met an ambiguous end in Snyder’s movie at the hands of alpha zombie leader Zeus (it actually isn’t all that clear whether he’s actually really dead, but it’s likely). Schweighöfer directed Army of Thieves himself from a script by Shay Hatten, who also co-wrote Army of the Dead. The film also stars Nathalie Emmanuel, Guz Khan, Ruby O. Fee, Stuart Martin, Jonathan Cohen, Noemie Nakai, and Peter Simonischek as the titular thieves who attempt to pull off a heist six years before the events of Snyder’s movie, just at the start of the zombie outbreak in Vegas.

During the Army of Thieves panel at SDCC@Home, Netflix revealed the first trailer, which promises even more Dieter shenanigans and funny quips:

Army of the Dead isn’t wasting any time when it comes to TV animation, either. An anime series called Lost Vegas “chronicles the origin story of Scott (Dave Bautista) and his rescue crew during the initial fall of Vegas as they confront the mysterious source of the zombie outbreak,” per Netflix. Jay Oliva (Trese) will serve as showrunner, with Snyder directing two episodes of the series.

By the sound of it, Lost Vegas should shed more light on Zeus’ original rampage through the strip as well as Scott’s adventures with Vanderohe (Omari Hardwick), Maria (Ana de la Reguera), and “Soccer Mom” (Danielle Burgio) in the opening credits sequence of the movie. Will this installment finally confirm that the zombie virus really is alien?

Like the MCU with Thanos or the DCEU Snyderverse with Darkseid, the Army of the Dead universe could use its next few installments to slowly draw out its true big bad. There are several scenes in the movie that tease that the zombies are only the surface level threat, with alien invaders or Hiroyuki Sanada’s Bly Tanaka (whom some suspect to be a Devil-like figure who’s trapped Scott and his team in an endless time loop) pulling all the strings. There’s also the U.S. Defense Department trying to build its own zombie army.

And unlike with the DCEU, it seems that Snyder will actually get to see all of these plot threads through.

Army of Thieves is out later this year. Lost Vegas hits Netflix in 2022.