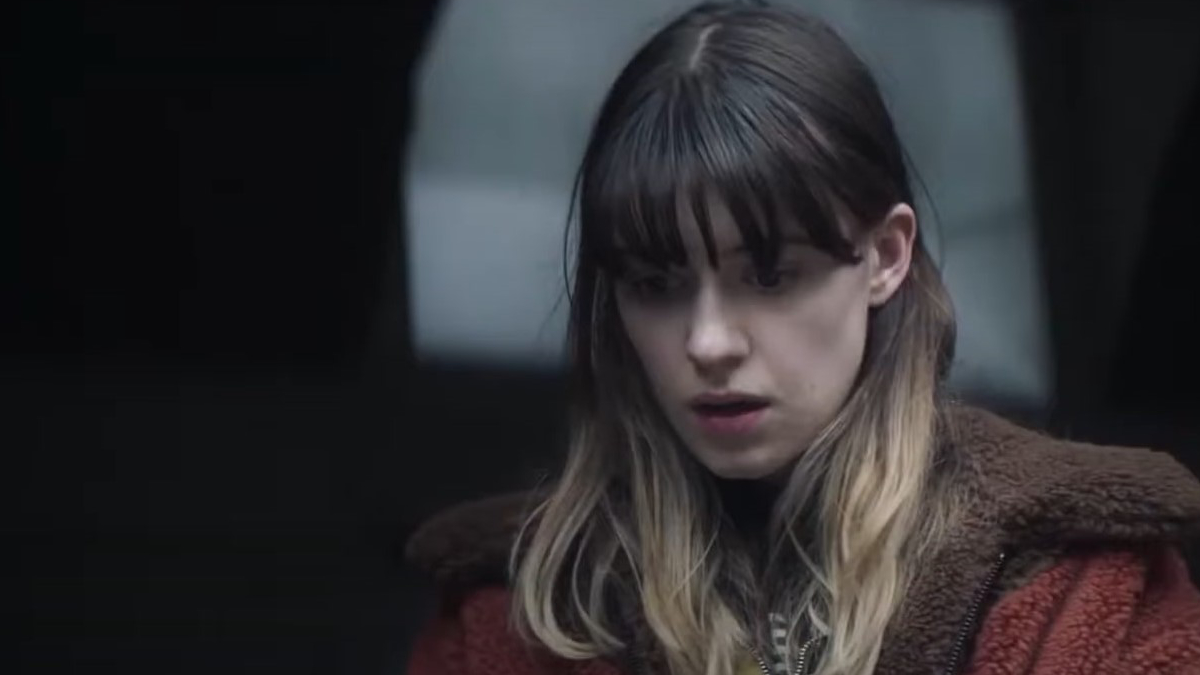 This War of the Worlds review contains spoilers.

Mechanicals! “Bob” aside, those robo-machine-gun-killer-dog-cyborg-bastards haven’t had a proper name since they first skittered out of their spaceships to pick off humanity’s dregs. Now we finally know what to call them – not that calling them is in any way advisable; running and hiding is a far safer option.

Surprisingly in light of the Mechanicals’ ‘shoot first, shoot questions later’ approach, Adina said that they’d be able to care for Emily and Sacha on board that spaceship. Caring not having been a big part of the dogs’ repertoire thus far, they must have an alternate setting, one that tells them how to deliver babies rather than stab them in the head. Let’s hope that the right switch is flicked. Or let’s not, considering that Emily and Sacha’s offspring are the founding members of the murderous race responsible for this whole genocidal mess.

This week, Bill made a connection that viewers have suspected ever since we saw that flash-forward to Sacha canoodling with a pregnant Emily in season one. What I’d give for an actual revelation in this show, something that wasn’t revealed weeks or months in advance. War of the Worlds keeps showing us the answer and then pretending the mystery still stands. You can’t tell us that the butler did it, make a series of quizzical faces and then expect a gasp when you reveal that, guess what, it was… the butler all along. Of course Sacha and Emily are the Invaders’ Adam and Eve. Intending none of this phrase’s usual rhetoric: tell us something we don’t know.

Something we don’t know, but hope to find out in next week’s finale, is how far back in time Bill and Catherine are going to have to travel to put this right. If Emily never got her tattoo – would that do it? If Sacha had been sent to French Borstal for drowning that kitten, would that be enough to throw this time loop off route? The Invaders’ attack is what brought Emily and Sacha together, setting in motion the events that led up to the Invaders’ attack. Something major needs to happen to stop that circular path.

(A pedantic question I should let go because the answer is almost certainly ‘Did you want this to turn into ‘Allo ‘Allo?’: Why don’t the Invaders have a French accent? Emily was nowhere to be seen in Sacha’s visions once their twins had grown up and started interbreeding. If Sacha was the one who raised his children to hate Bill Ward – which makes sense – why didn’t ‘e raise zem to ‘ate Bill Waaard? Bof.)

Back to what really matters. If Bill and Catherine manage to pull this off, what next? Time travel is a seductive idea for a bunch of people haunted, as this season has shown, by regret. Would Bill be able to resist going back to save his marriage and his son? Would Catherine try to stop the accident that killed her and Sophia’s parents, and finding out how if affects the family’s screw-up/genius positions? Contingency has become a theme of season two, which has housed several ‘if this then that’ ponderings on the impact of certain decisions on the direction of our lives. Could this story, after its third run, ultimately be heading right back to the start?

Jonathan for one, might consider going not RSVP’ing to that Parisian conference invitation if he had his time again. If he’d stayed in London then perhaps his dead, estranged wife wouldn’t be quite so estranged, or quite so dead. After all, it was Jonathan who delivered Sacha to the UK just in time to impregnate his daughter and murder his ex – neither exactly entries in the ‘win’ column.

If time travel doesn’t come through to resurrect Sarah, then she’s been poorly served by War of the Worlds. Natasha Little’s character has had even less development than most of this aloof ensemble. We’ve only glimpsed who Sarah really is in tiny moments: handing a cigarette to the woman her husband left her for, risking her life to source a cake and football for her son’s birthday… Because we know so little about her, her death lacked real impact. It was more like a piece was being cleared away from a cluttered board than an emotional loss. Perhaps the arbitrariness was the point. That would fit with this show’s long-running commitment to life indiscriminately dealing bad cards to good people.

Speaking of which, we lost one of the more sympathetic Invaders in music-loving Reuben, who died on board that very cool-looking ship after being infected with Bill’s virus. He hooked Emily up to the ‘makes-you-better’ machine before collapsing. Reuben’s death finally reconnects War of the Worlds with the H.G. Wells story from which it borrowed its name. In that story, it’s no spoiler to say that the Martians were finally beaten not by human war ships but by human germs. A genuine question though: if Emily became ill with Bill’s virus because she shares some of the same genetic mutations as the Invaders, why isn’t Sacha also vulnerable to it? As their biological ancestor, he’s responsible for some of their genetic inheritance yet seemed to be unaffected.

Perhaps the finale will tell, though with season three on the way, it seems more likely that it’ll leave us with more questions than answers.

War of the Worlds Season 2 airs weekly on Epix in the US, and on Disney+ in the UK.