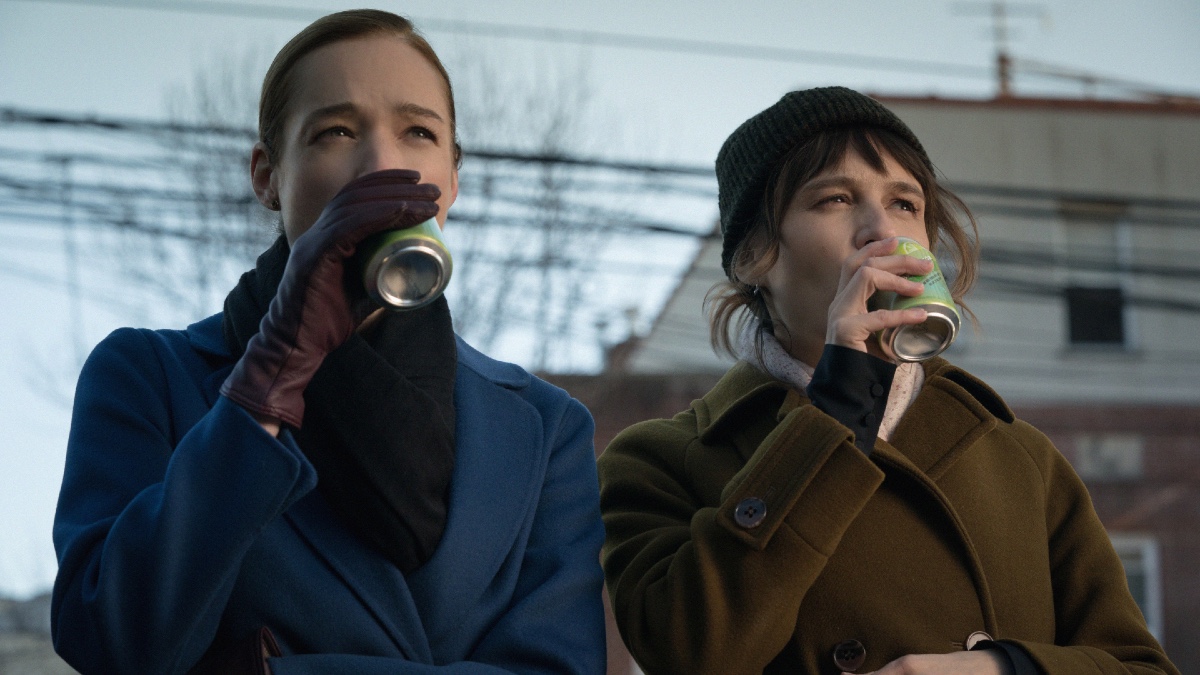 Hands in the air. Dueling procedurals get arrested for resisting the officers on Evil season 2, episode 6, “C Is for Cop. This is one of the most harrowing episodes of the series on many fronts. The monster of the week is not a demon or a creature or one of the deadly sins. As Kristen (Katja Herbers) told her daughter Lila (Skylar Gray) last week: sometimes a monster is a person who forgets who they are. This week’s evil represents a constant reminder.

The team is called in to assess a very different kind of evil than they’re usually assigned. A white cop shot an African American woman at a traffic stop because he thought she was pulling out a gun. It turned out to be a cell phone, but he swears he saw a gun. He believes he saw the weapon because, well, the devil made him do it. The police brass says they’re loath to call in the clerics, but the young cop, who knows Kristen and can place her children as the “funny kids” in the school carpool, believes he was temporarily possessed at the time. More than that, he will swear to it on a stack of Bibles.

The team immediately pegs the cop as a racist trying to mount what Kristen calls a “Twinkie defense” in front of a grand jury. David Acosta (Mike Colter) walks out of the initial meeting, but he has been preparing for just this sort of scenario from the beginning of the season. Leland Townshend (Michael Emerson) has been race-baiting the soon-to-be-priest in the most passively aggressive ways. David’s superiors at the church have tried to curtail his homilies, they’ve turned a blind eye to his complaints about his special case exorcism. Now he is being asked to grant absolution to a big part of the problem.

The police sigil is an interesting invention. The producer Mick Carr (Fredric Lehne) says it is a TV good luck charm which goes all the way back to Dragnet, and can be seen on C.H.I.P.S and Starsky and Hutch, but it could be that Evil’s creative team just want to subvert an algorithm with a glut of Google searches. This episode is extremely subversive, not only in how it twists expectations, but in the way images interact with each other. During one scene, Carr takes Kristen aside during a walk-and-talk with the entire team. Ben and David are shot in very deliberately separate angles. It’s almost like they are not occupying the same space. When Orson’s ghost comes calling, it subconsciously mirrors encroaching reality.

The LeRoux murder investigation gets so deep, it actually appears Homicide Detective Mira Byrd (Kristen Connolly) will close it. But, just like every foreboding entranceway any character encounters, it is bashed open, and cold as hell. “C Is for Cop” is a transitional episode into a larger conspiracy. The 4chan postings of the “Protectors,” and the subtle harassment beginning as a masquerade of solidarity are new dangers to the team. Who do you call when you need to call the cops on a cop? This episode shows you can’t even call a priest or the CIA.

Ben’s (Aasif Mandvi) night terrors are amazing during this episode. They are highlights with hidden epiphanies, and painful to watch and digest. No one wants to see Ben in pain. We certainly don’t want to see his demoness turn him into a pin cushion, but the kicker is even worse. She implies that he deserves it, and Ben makes an admission to David which says she is on to something.

I don’t know if the lie detector sequence is the most extreme gore the series has presented so far, or if it feels that way because Ben is a main character, but it was brutal. And he’s barely over his trip in the elevator. If he and David are being squeezed by whatever force is behind the police force while Kristen gets a get-out-jail-free card, something big is coming. They are being subtly separated by so many personal attacks, and the balance shifted during the episode. Ben and David bonded in ways “the magnificent” one had reserved for Kristen.

When Leland tried to reconcile with Sheryl Luria (Christine Lahti) after their implosive engagement, Kristen’s mother warned him he wasn’t the first demon she’s dated. Well, “Eddie, my Eddie” seems to be proof she was not bluffing. When Emily starts burning dollar bills in the name of unspoken truths, it sends Kristen’s daughter, Lexus, running out of the room. But that must have been the intent. The spell was on the girl, who rats her mother out the first chance she gets. Now even Kristen’s daughter knows she’s a killer.

Kristen is just asking to get caught in the final sequences. Why does she haul out her lucky axe? She’s got a couple dozen knives Detective Byrd already catalogued as having no serrated edges, but Kristen’s got to grab the one solid piece of evidence to hang her moments after she calls in her personal cop. The outcome of this raises more than the usual questions. Mira lets some killers go because some people deserve to die, she is part of that TV cop show syndicate which believes in injudicious justice.

Damnation comes in unexpected ways, and Evil is offering some signposts in Kristen’s slow corruption. The producer of the world’s biggest cop show tells her, outright, “we gotta stick together.” When Kristen gets her final reprieve, David and Ben are both sidelined by visible police harassment. She calls a cop friend, the same friend who offered the most rational reason for horrifically wrong fatal decisions. And the same one who tells Kristen to shut up and say she saw a Black man in the backyard. Mira and Kristen are conspirators.

The devil comes in many forms. Evil is having a blast expanding on them. The season is at its midway point, taking a short break before the next installment, and we still have no idea what sentence will be spelled out in the opening popup book. If ever we needed Sister Andrea’s (Andrea Martin) translational skills it is now. “C is for Cop” may be the end of a chapter, or the beginning of a new interpretation.