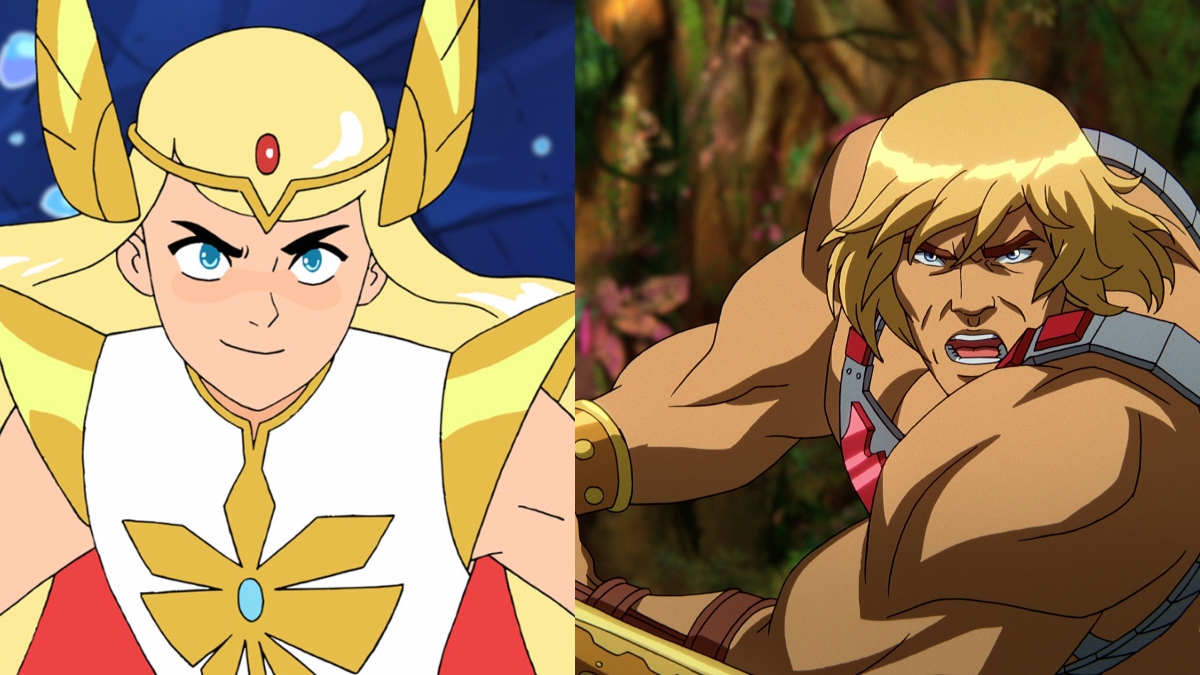 Premiering in 2018, Netflix’s She-Ra and the Princesses of Power is a reimagining of the classic ‘80s She-Ra series, which itself was a spin-off of He-Man and the Masters of the Universe. Using She-Ra’s original ideas and concepts as a springboard, the team behind it updated everything for modern audiences. A deeper story, character designs with tons of variety, and especially more diversity is woven in the series.

This and so much more won the show an army of fans, many of whom were brand new to the wider Masters of the Universe (MOTU) franchise. This set the standard for what MOTU was for them and the series they’d use to judge all other entries by. With Masters of the Universe: Revelation about to hit Netflix, many She-Ra fans might be wondering if this series is something they’ll enjoy.

What might be helpful to know is the primary difference between the two. Unlike the new She-Ra, which was a full-on reboot with no direct connections to past stories, MOTU: Revelation is a direct sequel to the original ’80s He-Man series. The show is designed for fans that grew up with the original while the new She-Ra was more geared towards introducing a new generation to the franchise.

Right away this means there is no direct connection between MOTU: Revelation and She-Ra and the Princesses of Power. They aren’t in the same continuity so you won’t see the new versions of Adora and Catra show up alongside He-Man. If you’re looking for any kind of sequel to the new She-Ra, this show isn’t it.

That doesn’t mean a She-Ra fan may not get any enjoyment out of it however. It’s all in what you’re looking for. If the new She-Ra intrigued you with how it handled the bigger mythos behind the story, MOTU: Revelation may be up your alley. Both shows dive heavily into the mythology behind their respective worlds and deeply weave it into the plot. They aren’t connected of course but there’s still that unique wonder that many entries in the MOTU franchise have.

Both series also feature strong emphasis on women. By its very nature She-Ra has more strong female characters but Masters of the Universe: Revelation does give a lot of focus to Teela, captain of the royal guard and frequent adventuring partner of He-Man. If women of action (with the space for deeper characterization) are your thing, Teela in Revelation will be great for you.

Masters of the Universe: Revelation is missing a critical element of what made the new She-Ra so beloved though. And that’s its queer content. She-Ra had a staff of many queer people behind it and that was very apparent throughout. Even before Adora and Catra ended up together in the finale, the show delighted in how much queerness it could get on screen. Netossa and Spinerella being married (and adorable), the non-binary Double Trouble (played by non-binary actor Jacob Tobia), Bow having two dads, amongst many others.

Masters of the Universe: Revelation doesn’t have the same level of queer content. No one, at least in the first five episodes presented for review, is confirmed as queer. This show is very much a sequel to the original He-Man and that holds true for how they treat the characters sexuality and gender identity. There is some room to possibly see one or two of the characters as queer but that’s subtext at best. It’d be great if the show is setting up for these characters to be confirmed queer but it’s a shame that MOTU: Revelation, a series targeted mostly at adults, can’t be as queer as the new She-Ra, a kids series, was.

It’s understandable that, by being a sequel, Masters of the Universe: Revelation doesn’t have the same kind of freedom the new She-Ra did in terms of reinterpreting the existing mythos and characters. In an interview with io9, filmmaker and creative lead of MOTU: Revelation Kevin Smith stated, “we did not have a kind of creative, let’s call it, freedom to reinvent the franchise the way that She-Ra did.” He went on to say that since the original She-Ra “wasn’t as well known as He-Man and the Masters of the Universe so there (was) more room for creativity there.”

This could be taken to mean that there were likely more rules about what could and could not be done with the He-Man characters, which probably included their sexuality and gender identity. The new She-Ra also had its own challenges getting its queer characters to screen and it’s telling that Catra and Adora only got together in the very last episode. With all that in mind, if you’re hoping for confirmed queer characters in Masters of the Universe: Revelation like She-Ra had, the first group of episodes won’t have much for you.

Fans of She-Ra and the Princesses of Power who are thinking about giving Masters of the Universe: Revelation a try, make sure to go in knowing it’s not the same kind of show. Whether you like it or not is ultimately up to you but keep in mind the shows are also meant for different audiences. Revelation is mostly kid friendly but it’s being written directly for old school fans of the original show. She-Ra was primarily aimed at kids. Those two perspectives lead to two very different shows.

Masters of the Universe: Revelation premieres July 23 on Netflix.