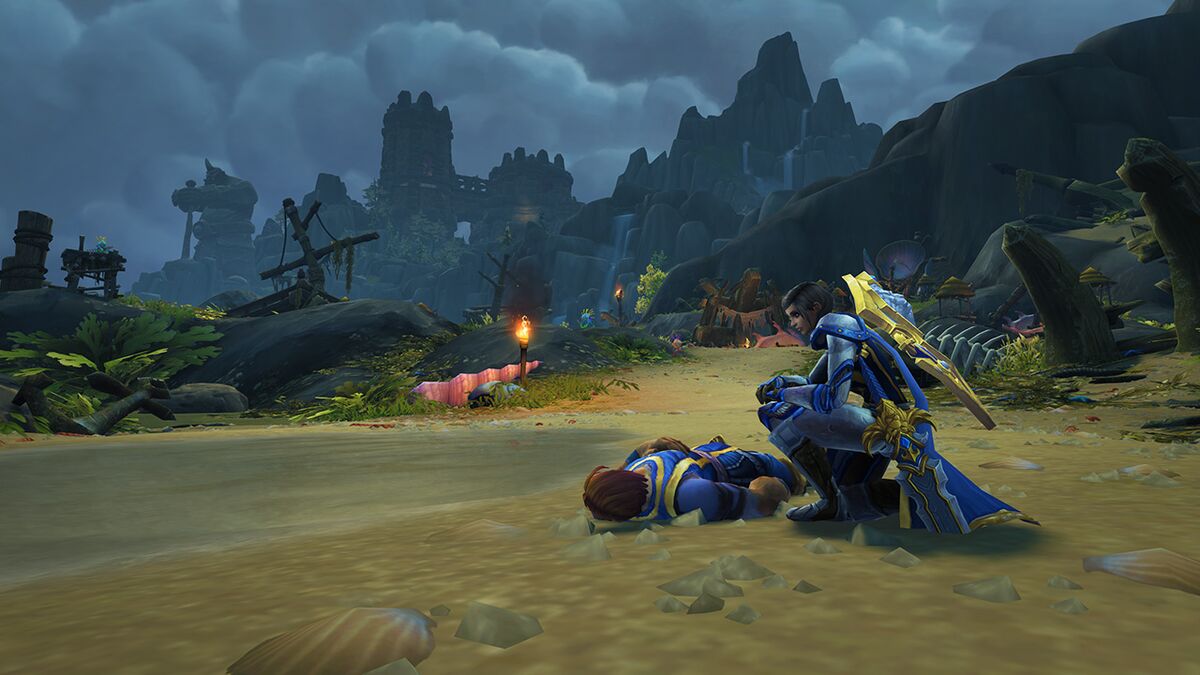 The recent controversy regarding the California Department of Fair Employment and Housing’s lawsuit against Activision Blizzard has prompted players and streamers to stage various forms of in-game and real-world protests.

The very short version of this story is that the California Department of Fair Employment and Housing has filed a lawsuit against game publisher Activision Blizzard following a two-year investigation into the company’s culture, practices, and policies. What they found has been described in official documents as a “pervasive frat boy workplace culture” where women, minorities, and anyone else who the practitioners of that culture deem to be outsiders are often subject to verbal and physical harassment as well as unequal treatment in terms of pay, workload, and benefits.

While that “frat boy” line has been grabbing a lot of the early attention, the truth is that it drastically undersells the extent of what is revealed in the report. Words like “assault,” “misogyny,” “abuse,” “racism,” and “willful evil” might better describe the accusations that are coming to light from both this investigation and from former and current Activision Blizzard employees who are taking to social media to share horror stories about the company. I highly recommend reading this report about the official filing for a better understanding of the extent of the damage Activision Blizzard has done to their employees, their employees’ loved ones, and the culture of the video game industry.

While these are technically just accusations at this phase, the fact of the matter is that every day brings new stories about what has been happening inside of Activision Blizzard for far too long. The number of stories that have been shared so far, the consistency of the claims regarding the company’s work environment, the extent of this investigation, and Activision Blizzard’s history of similar reports (as well as similar reports that have rocked Ubisoft and Riot Games, among others) should make it clear that there is undeniably something happening here that needs to be addressed as quickly as possible and in a way that ensures anyone who contributed to this situation in any way are punished to the absolute fullest extent of the law.

The thing that fuels this culture is the belief by those who perpetrate it that they are ultimately immune from any consequences more serious than the isolation and harassment they themselves will be subject to if they do not go along or at least step aside. It’s only through enforcing the harshest consequences possible do we stand a chance of making it possible for more people in the video game industry (and elsewhere) to not have to choose between their jobs and a constant onslaught of harassment.

While I hope those consequences come soon, some players and streamers of Activision Blizzard games have decided to take matters into their own hands for the time being and stage a series of protests.

The protests started in World of Warcraft, which is hardly a surprise given that some of the most notable sections of the investigation report involve current and former members of the WoW team. Some WoW players have organized mass sit-in protests in response to these allegations, while others have organized campaigns designed to encourage fans to cancel their WoW subscriptions and donate that money to various charities. The campaigns appear to be gaining quite a bit of steam, which is hardly a surprise given both the nature of the harassment claims we’re talking about and the fact that more and more WoW players have recently been leaving the game anyway in favor of playing Final Fantasy 14 and New World.

Hearthstone streamers Alliestrasza, Lt. Eddy, and Trump have gone one step further by refusing to reveal cards for the game’s upcoming United in Stormwind expansion. In the video below, Alliestrasza explains her decision to not participate in the reveal event:

It’s very much worth noting that this isn’t the first time that prominent Hearthstone players have spoken out against Blizzard’s actions. In 2019, members of the game’s community rallied against Blizzard after the company suspended pro player Blitzchung for supporting the Hong Kong protests during a livestream.

While there have been instances of streamers receiving harassment for their decision to continue playing Activision Blizzard games, most of the discussions so far seem to be focused on the best courses of action and what can be done at the moment until this lawsuit/investigation advances, more reports are published regarding the details of this situation, and someone actually answers for these atrocities.

Elsewhere, Bungie published a statement regarding this investigation that some feel could be related to their decision to leave Activision and the joy they expressed at the time they secured their freedom. Multiple outlets have also recently stated that they will not cover Activision Blizzard games until further notice, while one report suggests that the Overwatch team is delaying the release of a new map in response to what is happening. There’s a good chance that won’t be the last Activision Blizzard delay or internal protest we see.

Blizzard President J Allen Brack also recently sent an internal email (which was acquired by various outlets) in which he expresses his supposed shock regarding this situation and states, among other things, that he “disdains ‘bro culture.’” As many have pointed out, it’s an odd statement from a man who once laughed at a Blizzcon attendee who asked for the WoW team to reconsider the design of their sexualized female characters:

It’s likely that these protests will only grow as we learn more about this situation. We will be sure to let you know more about this lawsuit as that additional information becomes available.