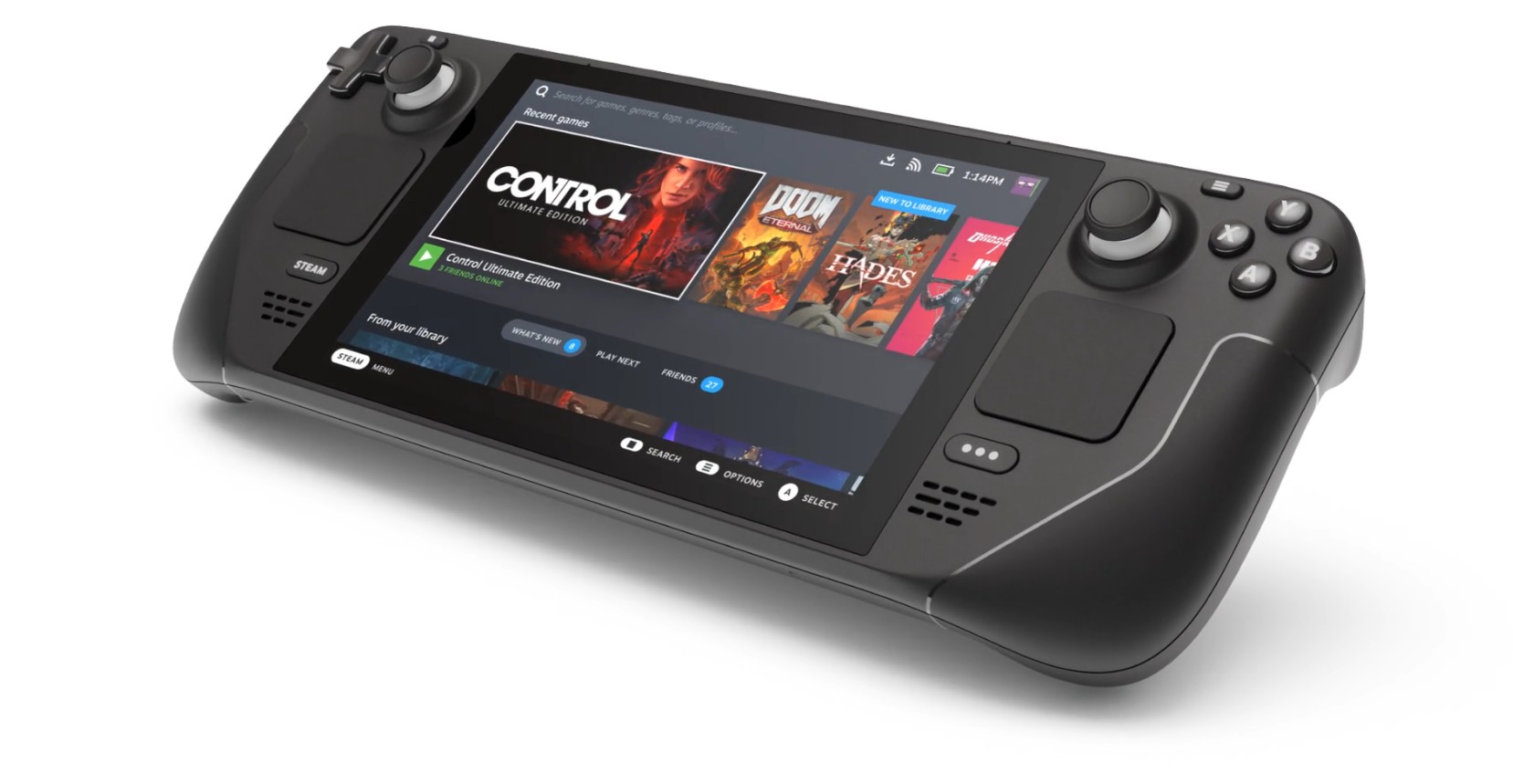 Valve has finally revealed its handheld Steam device after months of rumors and speculation. It’s called the Steam Deck and it sounds like it’s much more than just a Nintendo Switch-like handheld device loaded up with Valve’s Steam OS. There’s a lot more going on under the hood of this portable gaming PC.

The Steam Deck not only runs Steam OS but also Proton, a version of a Linux operating system that can also run Windows games and apps. This means that the handheld has much of the same functionality as a traditional gaming PC — you can connect peripherals via the device’s built-in USB-C port or through Bluetooth, and you can even access third-party launchers like Origin and Epic Games. In theory, this also means that you’ll be able to access game streaming apps and even emulators through this device using the Proton OS.

Just how powerful is the device compared to a top-of-the-line gaming PC? While the Steam Deck is no replacement for an RTX 30 gaming rig, it’s actually quite respectable on paper, capable of running AAA titles like Death Stranding, Doom Eternal, Control, and Star Wars Jedi: Fallen Order at medium to high graphics settings at 720p resolution and 60 frames per second, according to IGN. The fact that you can plug in a keyboard and mouse, controller, and also dock it to a bigger monitor means it’s a solid stand-in for a gaming PC if you can’t afford a beefier desktop or laptop.

It seems like an excellent option for console gamers who want to dip their toes into PC gaming without having to worry about things like drivers or graphics cards. To many outside of the PC gaming community, the appeal of a console is that Xbox and PlayStation hardware is generally plug-and-play. Pop in a disc and grab your controller. Things aren’t always so simple on PC, which is why the Steam Deck seems like a good compromise between the console and PC experience. With Steam OS, players should be able to download a game and just get going.

That’s not to say PC veterans won’t find anything to love about the Steam Deck. The main appeal for this audience, of course, is the ability to take their Steam (and third-party) libraries with them on the go. That said, with prices ranging from $399 to $649, the cost seems pretty steep for the luxury, especially when there are cloud services you can use on your mobile device now, including NVIDIA GeForce Now, which lets you play a large selection of your Steam library on your phone.

But let’s get to the nitty-gritty. Here are all the key things you need to know about the Steam Deck, including where to pre-order the device and the specs.

There will be three different Steam Deck models available at launch, all of which are the same on the inside and outside except for the amount and type of internal storage. They all also come bundled with a carrying case. It should also be noted that each model comes with a microSD slot so that you can expand your device’s storage beyond the internal memory.

The 512GB NVMe SSD model will set you back $649 and also has an anti-glare etched glass screen.

While the full tech specs are available on the Steam Deck site, here are the key highlights:

The device also a USB-C port, a headphone jack, and a built-in microphone.

You’ll also find most of the buttons you’re accustomed to if you’re a console player, including ABXY buttons, a D-PAD, two joysticks, left and right shoulder buttons and triggers, four back buttons, and two trackpads that simulate mouse functionality for games that don’t play well with controllers. You’re also able to access Steam Input through the device, meaning you can customize the key binding of each button to your liking.

You can access your entire Steam library on the device as well as use the built-in Linux operating system to play games from third-party stores like Epic Games Store, Uplay, and Origin.