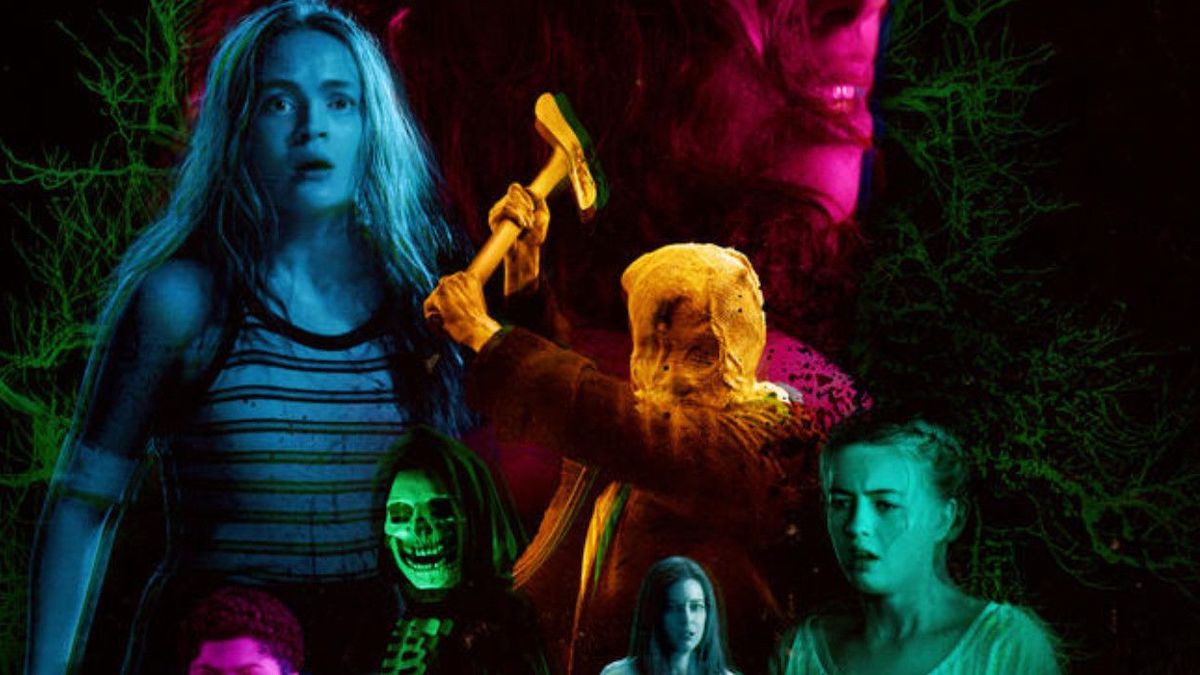 On the surface, Jason Voorhees appears to be no one’s idea of a rule-follower. Ranging in heights between six and seven feet—depending on the movie—the hockey masked behemoth dominates every room he’s in, even before the machete starts swinging. He’s cut a brutal path across 10 canonical films, plus a remake and a crossover movie with Freddy Krueger, and built a throne of blood amongst the horror movie pantheon.

Yet deep down, as Freddy might tease, Jason is still the mama’s boy who feels bad about being picked on as a child at summer camp…and who is still hounded by his crazed mother’s voice: Kill them, mommy, kill them!

In truth, you might even say Jason is just trying to make Mom proud one dead camp counselor at a time. After all, Mrs. Voorhees (Betsy Palmer) didn’t blame the other kids who tossed poor Jason into the lake. Kids will be kids, or so she might say. Rather Mama blamed the camp counselors who were too busy canoodling to notice a child drowning. So, like his mother before him, Jason reserves his machete for teenage counselors while largely leaving the “kids” alone—similar to how the horniest teens are the first to die in a Friday the 13th movie, and the generally most virginal is the one to live to see another summer.

Which is what makes the killings in Fear Street Part Two: 1978 so shocking to both its younger target audience and the adults who grew up watching the movies Fear Street emulates. Because whether or not you’re aware of the “rules” of horror movie franchises, as best explained by Jamie Kennedy in the original Scream, you inherently are unsettled by the image of Fear Street’s Tommy Slater (McCabe Slye) standing above a child with an axe. And then watching him swing it.

As with Fear Street Part 1 before it, 1978 wears its influences on its sleeves. The previous film was set in 1994 and opened with the biggest star in the cast, Stranger Things’ Maya Hawke, getting viciously slaughtered, a la Drew Barrymore in Scream. By contrast, Fear Street Part Two pulls from slower burning horror movies.

When we properly begin the film in its ’78 setting, we meet Sadie Sink’s Ziggy Berman, who is being tortured at the hanging tree by her summer camp’s resident mean girls. This plays like it’s straight out of Carrie, both the Stephen King novel published in 1974 and Brian De Palma’s zeitgeist-shattering adaptation from 1976.

Fear Street eventually admits its Carrie White fixation, even having Ziggy reverse engineer the famed “pig blood” sequence from that movie to get back at her Queen Bee tormenter. The new movie also references a few of the tracking shots from the actual slasher movie landmark of 1978, Halloween. But when everything’s said and done, Fear Street Part Two is about the Friday the 13th of it all.

Jordana Spiro does a pretty good Mrs. Voorhees impersonation as she tries to kill one of the camp counselors—little do the others realize she would’ve saved their lives if only Tommy could’ve died that afternoon—and when Tommy is possessed by the Shadyside witch, he soon takes on the oft-forgotten burlap sack that Jason wore in Friday the 13th Part 2 (1981).

For all intents and purposes, Tommy Slater is Shadyside’s Jason Voorhees. But in addition to being a poor soul “enslaved” by a witch’s curse, there is something nastier about Tommy Slater because he doesn’t play by Jason’s rules. He kills stoners and tea-totalers, virgins and harlots, and he even murders children.

To be fair, almost all the characters in Friday the 13th and its various clones are kids: teenagers just trying to get by at summer camp. However, most of them are played by twenty-somethings and all of them are old enough to partake in the sins and vices that summon their puritanical boogeyman from beneath the lake. In fact, the only Friday the 13th picture to even feature campers at Camp Crystal Lake, Friday the 13th Part VI: Jason Lives! (1986), goes out of its way to creep out audiences with Jason watching the wee ones sleep. But the movie then reassures us that he’s not that bad, with Jason then electing to butcher their babysitting counselor one cabin over instead.

This is likely a choice made in part by 1980s filmmakers at Paramount Pictures who wanted to sell their schlock with minimal blowback from parents groups. But 40 years later on a streaming service like Netflix? There is little need to worry about such concessions intended to protect box office receipts.

So it is that we see the magnanimous, popular counselor Tommy in Fear Street Part Two dote on the heavyset nerdy kid by day, and then swing an axe into his bespectacled skull by night. We’re even reminded about how different the social mores of the ‘70s were when he’s told to “shut the fuck up, nerd” during an era when that was hardly a compliment, even of the backhanded variety. Nay, his self-esteem is cut deep by fellow middle schoolers, and then his body is cut much deeper by his favorite counselor.

It’s fiendishly mean-spirited. But Fear Street doesn’t stop there. It breaks the “don’t kill kids” rule once in this scene and then it does so at least three more times when Tommy corners a cabin full of youngsters who spot the guy they all looked up to just long enough to realize he’s their murderer.

This is one of the many ways Fear Street honors, critiques, and then attempts to outdo its inspirations. It also lays the groundwork for the climax where we’ve been led to believe Ziggy is the Berman sister who will die and virginal good girl Cindy (Emily Rudd) will be the one who lives. Yet during the film’s final movement, when both Ziggy and Cindy approach the Shadyside hanging tree, they’re cornered by Sarah Fier’s rogues gallery of terrors, including a reanimated Tommy Slater. Minutes earlier, Cindy did the unthinkable and decapitated the boyfriend she wished she’d consummated her relationship with.

Now in 1978’s finale, Tommy’s returned to kill a young woman who on paper should be our survivor girl: the studious one who played by the rules and was resourceful enough to figure her way out of the witch’s cave. Nevertheless, she receives the most graphic murder onscreen, with the director favoring extreme close-ups of nearly each axe blow Tommy delivers into her body.

Jason may have killed final girls before, but only after they survived one movie and have since been replaced by a new idol for the sequel to honor. But Fear Street? It’ll play in Jason Voorhees’ sandbox but not by his rules. Which makes it a far scarier camp fire yarn.