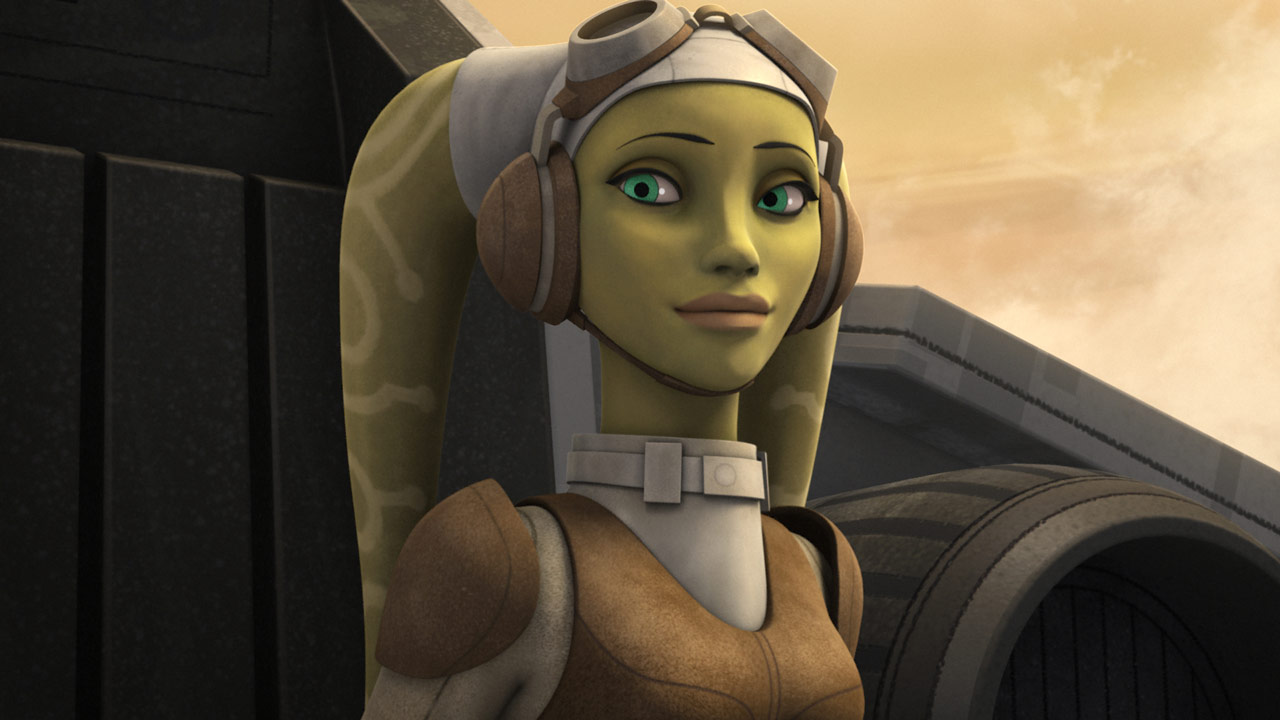 Din Djarin doesn’t want to be involved in galactic war. He just wants to find a happy life for his kid, Grogu. But like Rebels, the animated show that took on the bulk of Star Wars storytelling outside of the movies before Disney+ was a thing, The Mandalorian has gradually become more connected to the rest of the saga. Set after the fall of the Empire, the live-action series has already touched on the Mandalorian civil war, Ahsoka Tano’s search for Grand Admiral Thrawn, and even brought in elements from Legends canon.

If Din’s destiny is tied up to the final battles against the Imperial remnant, Rebels regular Hera Syndulla is the perfect character to guide Mando through that larger saga story as someone who once fought on the fringes but is now a New Republic leader. She’s also a popular character with the versatility to appear in a variety of different situations, and her voice actor is an obvious choice for her live-action portrayal. In fact, The Mandalorian has set a precedent for voice actors to return to their characters in live action roles with Katie Sackhoff playing Bo-Katan in season 2. Hera’s voice actor Vanessa Marshall, well-known for her animated characters, has played Hera in several different animated mediums and did motion capture for a relatively realistic-looking version of the character in the video game Star Wars Squadrons. She certainly has the chops and the look to fit neatly into Hera’s shoes.

An ace Twi’lek pilot and general for the New Republic, Hera’s been fighting the Empire since it first took over the galaxy right at the end of the Clone Wars. Her childhood on Ryloth, which had a rich tradition of freedom fighters including her father, taught her about fighting invaders early on, lessons that came in handy when the early Empire established a presence on her home planet, as shown in The Bad Batch. After initially fighting the Imperial occupation on Ryloth, she eventually joined the effort to thwart the Empire in other parts of the galaxy.

She became the captain of the starship Ghost, the central hub for her most well-known appearance as the mother figure of the found family in Rebels. After helping the Rebel Alliance take down the Empire, she rose through the ranks of the New Republic after the Ghost crew split up on separate adventures.

Years after Return of the Jedi, Hera serves as a general for the New Republic, and has a minor but important role in the Alphabet Squadron book series as the commander of a mission to take out an elite squad of Imperial pilots determined to keep going after the Empire proper has failed.

But how does Hera fit into Din and Grogu’s story? Hera’s work with the Rebellion and New Republic has generally kept her out of the underworld Mando thrives in, although she does work with Lando Calrissian from time to time. The most direct connection is via Ahsoka.

Remember when Ahsoka said she was looking for the evil Grand Admiral Thrawn? Thrawn was dragged into hyperspace in his apparent defeat at the hands of Jedi apprentice Ezra Bridger, who disappeared alongside the villain into parts unknown in the series finale of Rebels. Ezra is Hera’s found family “son,” with Ahsoka and some other Rebels characters setting off on a mission to find him at the end of the series.

When Din meets Ahsoka in The Mandalorian season 2, the Jedi is still looking for Thrawn, which means she’s most likely still searching for Ezra, too. And you can bet that Hera is aiding in that search from her position of power within the New Republic.

A connection to Ezra, Thrawn, or Ahsoka would be the clearest “six degrees of separation” to Din. But even a live-action cameo in The Mandalorian could be a good stepping stone for Hera to become a major part of the upcoming Rangers of the New Republic series, a spin-off that presumably explores Mando’s world from the perspective of the galactic government (and is being produced by Hera’s creator, Dave Filoni). When first announced, Rangers was said to be one of four shows that would eventually collide in a big crossover event, providing plenty of space to explore different corners of the galaxy within the timeline of The Mandalorian.

While the state of Rangers is in flux due to the firing of rumored star Gina Carano, if the show still exists, it would be a perfect place to explore more of Hera’s story within this point in the Star Wars timeline. The time period of The Mandalorian, nine years after Return of the Jedi, takes place after Hera’s last chronological appearance in Alphabet Squadron: Victory’s Price. Hera is presumably still a general, and involved with the New Republic. With Din’s connection to the galactic government mostly restricted to begrudging space traffic stops, it would be interesting to see how he handles someone more sympathetic to the Republic who is also much higher up the chain.

Hera is primarily known as a pilot, an officer, and a strategist, which opens up a lot of different roles she could hold in The Mandalorian universe. With the Razor Crest destroyed, Din is going to be on the lookout for a new ship. And Hera has flown with Mandalorians before. Her crew mate Sabine Wren even held the Darksaber before Moff Gideon and Din. Needless to say, there are many ways in which Hera’s story could connect to The Mandalorian.

Ahsoka and Luke Skywalker’s inclusion in The Mandalorian season 2 offer some suggestion as to what does and does not fit the show’s tone. Not every character has to be a bounty hunter or a Mandalorian or a mercenary or a crook. It’s clear after two seasons that the show wants to use different kinds of characters to explore other facets of the Star Wars universe beyond the criminal underworld, while also remaining smaller in scope than the big screen installments.

Hera would give Din Djarin an opportunity to connect to the wider saga without having to connect to the movies directly. She would show a different facet of the New Republic too, beyond the marshals and X-wing pilots patrolling the Outer Rim, and someone who’s used her resources to fight for Din’s very own people in the past. And, while not exactly one of the classic characters the “toy box” storytelling of The Mandalorian usually plays with, Hera provides continuity with the rest of the saga, just like Ahsoka, Luke, and Boba Fett do, making the galaxy around Din feel that much bigger. Combine that with the ease of transitioning her to live action and her popularity on Rebels, and it’s really a no-brainer.

The Mandalorian season 3 will begin filming later this year. In the meantime, you can check out some of Hera’s early adventures on The Bad Batch, which is currently streaming on Disney+.