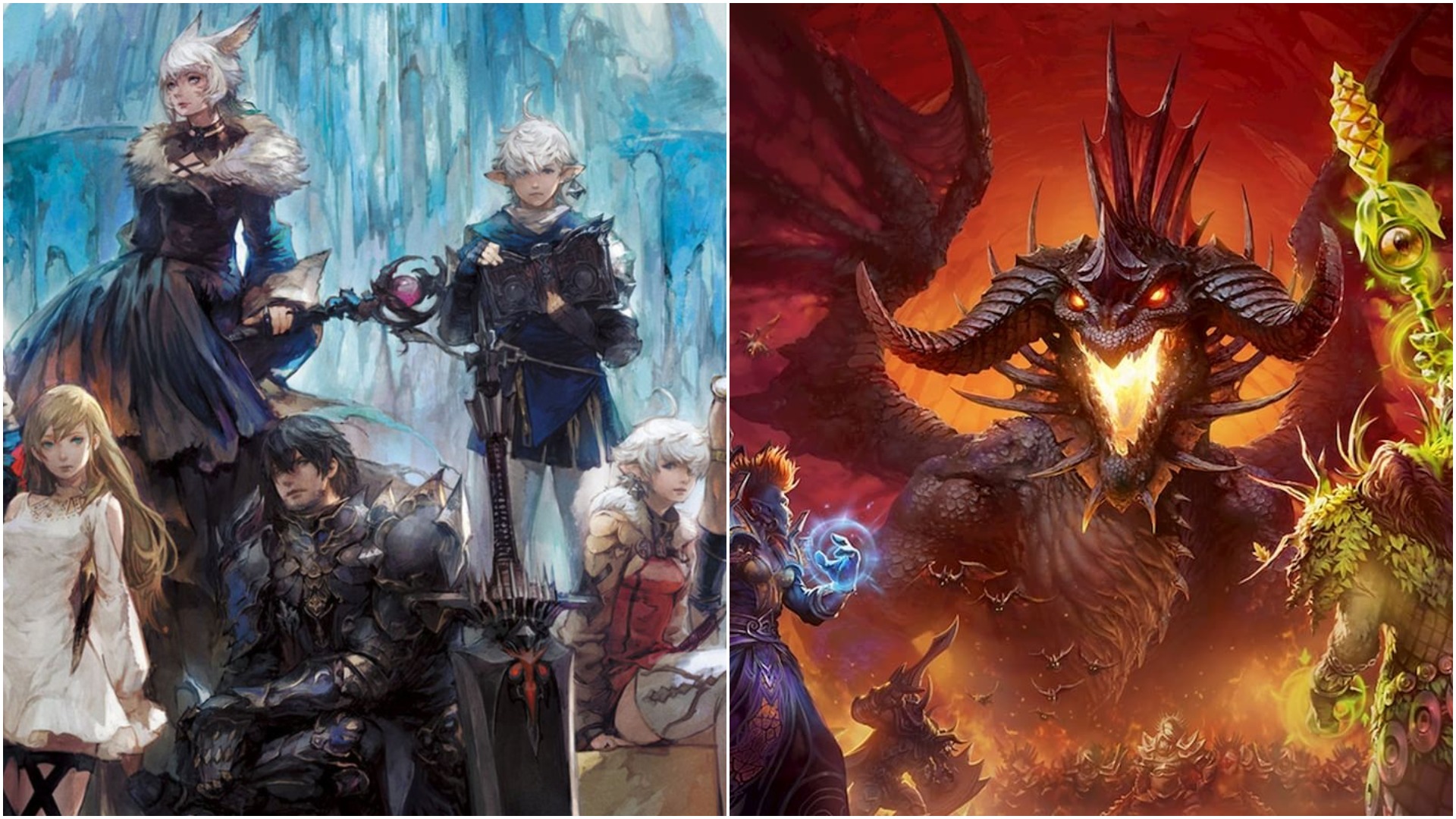 Over the 4th of July weekend, Final Fantasy 14 broke its concurrent players record on Steam. That record-setting weekend comes on the heels of reports that suggest Final Fantasy 14 may have more active subscribers than the apparent king of the MMORPG genre, World of Warcraft.

You can call it an anomaly, but it’s more than that. While you shouldn’t buy into the ridiculous idea that WoW is somehow dead and being replaced by Final Fantasy 14, there is certainly something happening here that goes well beyond a blip on the radar. Final Fantasy 14 is actively stealing former and current World of Warcraft players, and that trend could very well continue into the final months of 2021 and beyond.

To help understand how this seemingly impossible and apparently sudden shift in the genre power balance is happening, consider a few of the main reasons why Final Fantasy 14 is enjoying a popularity surge eight years after its reboot and how it may be coming at WoW‘s expense.

This is obviously not the biggest factor in play, but it’s very much worth noting that Final Fantasy 14‘s recent record weekend on Steam happened in the middle of the Steam summer sale. The “Complete Edition” of the MMO was on sale at a 60% discount for much of the event, which is obviously the kind of deal that could encourage more people to take a chance on the game.

Of course, even the deepest sale isn’t going to inspire a record number of people to blindly buy a new game. To really start to understand why so many MMO fans and WoW players have suddenly started playing FF 14 after all these years, you have to understand a little more about what is happening in the MMO/WoW community at the moment.

Asmongold and the Streamer Influence

While streamers can obviously influence a game’s popularity, Asmongold’s influence on a game’s growth is especially interesting. Not only is he a pretty controversial streamer (which is a quality that always attracts additional attention, for better or worse), but he’s a controversial streamer who primarily plays community-focused games. When he plays something new, thousands of people quite literally follow him, as evidenced by the number of new players who swarmed the streamer in-game during his first Final Fantasy 14 session.

More importantly, Asmongold was glowing in his praise for Final Fantasy 14. When you have a controversial streamer in a social-driven environment who is having a blast in front of tens of thousands of people who likely usually play WoW, you’ve got a scenario in which those same tens of thousands of people (and more) are actively encouraged to see what all the hype is about.

Of course, that still doesn’t help explain why Asmongold (and many other World of Warcraft streamers who recently started playing Final Fantasy 14) suddenly decided to give the game a shot. To help understand that part of the story, you have to know a little more about what is happening in WoW at the moment.

The Wait for WoW Shadowlands’ 9.1 Update

While the wait for World of Warcraft: Shadowlands‘ 9.1 update and the new content it includes hasn’t been especially long in the grand scheme of things, it has felt long for a dedicated group of WoW players who have been left with little to do in the game. A lot of them have been looking for ways to kill time.

Well, Final Fantasy 14 offers a pretty interesting way for those fans to kill quite a bit of time. The truth is that FF 14 has been generating quite a bit of buzz in the MMO community well before its recent record-setting weekend. The long (if not unreasonable) wait for Shadowlands‘ next update combined with the recent Steam sale and all the community chatter about the game proved to be the perfect storm some were waiting for to just go ahead and give the game a shot.

What’s really interesting, though, is that a lot of those WoW players have seemingly kept playing FF 14 even after Shadowlands 9.1’s update was finally released earlier this week. Their continued interest has a lot to do with what they find once they start playing the game.

The main thing you need to understand about Final Fantasy 14 in the World of Warcraft vs. FF 14 debate is that it’s not necessarily inherently better or worse than Blizzard’s legendary MMO. It’s actually a much different game than WoW in a lot of ways, which is really the entire point of this conversation. Final Fantasy 14 offers a compelling alternative to (or companion to) what you find in World of Warcraft.

What’s really interesting, though, are the specific ways that Final Fantasy 14 distinguishes itself from World of Warcraft. For instance, Final Fantasy 14‘s combat is based around fairly intricate combos whereas many WoW classes rely on comparatively simple skill rotations. Final Fantasy 14 makes its leveling/questing process more of an adventure, whereas the retail version of WoW often treats leveling and questing like a seemingly necessary evil. Final Fantasy 14 finds ways to make most of its classes feel unique, while WoW sometimes struggles to balance its classes in a way that encourages true group diversity.

Final Fantasy 14 even offers compelling main and side stories at a time when WoW is being heavily criticized for a series of controversial narrative decisions that have left fans feeling that WoW‘s once epic universe is more muddled than ever. Honestly, understanding that point is the key to understanding how we arrived at what could prove to be a dramatic shift in the MMO power balance.

Final Fantasy 14 was nothing short of a massive failure when it launched in 2010. Critics and fans tore the game apart for its technical issues, mechanical shortcomings, and what was perceived by some to be a fundamental misunderstanding of the evolution of the genre. Simply put, the game was seemingly dead in the water shortly after its release.

Then, something incredible happened. Square Enix decided to put a new team in charge of Final Fantasy 14 and tasked them with effectively redesigning the game. Against considerable odds, they relaunched the game in 2013 as Final Fantasy 14: A Realm Reborn and immediately enjoyed widespread praise for their intelligent updates that addressed fan complaints and exceeded most expectations.

Years later, there are many World of Warcraft fans who feel that game is in need of similar treatment. While Shadowlands kind of tried to do that in its own way, it was still burdened by the mechanical clutter and controversial design decisions that have left some fans feeling that WoW has become too much of a grind that’s too reliant on busywork. It’s a problem that has strangely become worse for some fans following the release of WoW Classic and The Burning Crusade Classic. They may not want WoW to be just as it was, but those games have only reminded some of the controversial changes that have been made to the MMO over the years and how the core of WoW has changed in ways they don’t necessarily support.

Final Fantasy 14 is far from perfect, but its developers have been very clear about how bad the game once was and have taken some big swings in the name of fixing their mistakes. They’ve also laid out a pretty clear roadmap/design philosophy that they’ve done an admirable job of sticking to so far. By comparison, there’s a sense that the World of Warcraft team is becoming complacent with what has been a long streak of steady success. That may be too harsh, and the game may be far from dead, but WoW is looking more vulnerable than ever at the moment, and in a genre where player participation matters so much, the eager and swift pivot to Final Fantasy 14 may prove to be a turn of the tide.