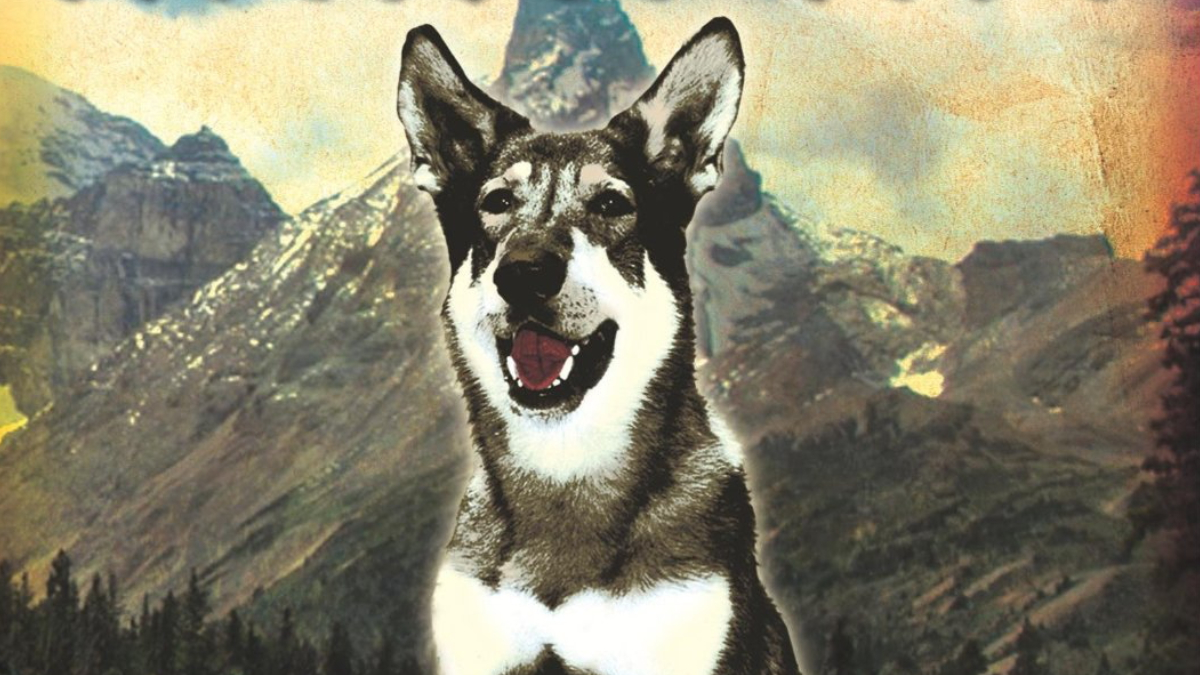 This isn’t news. This is a public service announcement in the interest of popular morale, a snapshot of a world that once was and could be again, if only we dare to dream.

In 1979, the Canadian Television Network revived 1960s series The Littlest Hobo, a half-hour family show about a German Shepherd dog who drifts around rural Canada helping folk in need. Don’t worry about why the dog does it. We don’t need to know. The desire to have a psychological origin story for every paper boy or nail technician ever to appear on screen is a 21st century weakness. In the 1970s and 80s, TV audiences enjoyed Zen acceptance of outrageous premises from Manimal to Help!… It’s the Hair Bear Bunch! without any irritable reaching after fact and reason. The dog is a good dog. He wants to help. That’s all there is to it.

There’s one other thing to it: as his name suggests, the Littlest Hobo lives on society’s margins. Not for him the bowl and collar of ownership, not for him the fireside and Bonio of domesticity. This German Shepherd lives free, travelling the country and leaving each town, farm or military barracks better than he found it. Every stop he makes, he makes a new friend. Can’t stay for long, just turn around and he’s gone again. So sang Terry Bush on the show’s indelible theme song.

The very first stop the Littlest Hobo makes is to a forest ranger who christens him “Smoke” on account of them meeting in the middle of a forest fire. In possession of a finely tuned bastard-radar, the Littlest Hobo immediately susses that the ranger is a good dude, and so presents him with two wild bobcat cubs he’s rescued from the fire. The Littlest Hobo understands that no dog is an island, and so makes wise alliances with humans who can handle the car-driving, bobcat-rearing, opposable-thumb side of life. It’s honestly a relief to see him carry the cubs over to the ranger at the start of the episode, because for a minute there, that looks like one happy Alsatian with a mouthful of bobcat.

The uneaten cubs go to the local vet, while the ranger and Smoke go up against a local shopkeeper who’s advising the townsfolk to set traps and lay poison for the forest’s now-homeless wild animals, which are coming into town in search of food. This villain gets an immediate bleep on the Littlest Hobo’s bastard radar, especially when the bobcat mother is injured in one of his cruel traps. The cove has even left a poisoned pile of hamburger meat in a bowl outside his shop. The Littlest Hobo detects the poison and tips over the bowl in disgust, but that doesn’t stop toddler Davy waddling up to the pile of toxic raw meat and digging in. Not for the last time, the Littlest Hobo proves himself cleverer and more valuable than a human child.

Now, little Davy’s in a bad way and because the forest fire burned down the bridge into town, the doctor can’t get in there to deliver the antidote. The hero ranger takes Davy to the local vet – also his girlfriend – for whatever worming tablets she’s able to administer in the meantime, gets in his plane and collects the doc from a nearby airstrip. He doesn’t go up in the plane alone, but takes Smoke, the dog he just met, because he and this dog are in this thing now and don’t ask questions. In the air, a storm has blown up, stopping the plane containing the ranger, the doctor and the dog from landing. What to do?

The ranger knows what to do: give the doctor control of the plane and parachute the antidote into the town himself. Except, the doc can’t fly a plane! They need a new plan. Unluckily, the Littlest Hobo’s talents don’t extend to aviation, though you’d have to bet that if there were no other option, he’d at least have given it a good go.

Luckily, on hearing the word ‘parachute’, the Littlest Hobo rushes to the back of the plane and starts nuzzling the parachute gear. “We’ve got ourselves a volunteer” says the ranger, with alarming confidence, and puts the dog in the ‘chute, tying the antidote around his neck. “Why does it feel like you’ve done this before?*” the ranger asks the Littlest Hobo, who looks back with a ‘Cool it with the questions, man. Am I jumping out of this plane or what?’ expression on his face. Then, the Littlest Hobo jumps out of the plane.

At this point in the narrative, let’s go behind the scenes to episode director Allan Eastman. In 2015, Eastman told VICE’s ‘An Oral History of The Littlest Hobo, Canada’s Greatest TV Show’ that he spoke with dog trainer Chuck P. Eisenmann “at some length about if we should actually parachute the dog.” The director had every confidence in the stunt ability of the dog, and a helicopter – aka everything he needed. They decided to test it out first.

So was the dog. The stunt was achieved using a dummy for the wide shot, and suspending the real German Shepherd in the parachute just off the ground for the close-ups. It’s seamlessly done.

Back in the episode, the Littlest Hobo is seen landing, releasing the clasp to free himself of the parachute, and bounding into town to deliver little Davy’s antidote to the ranger’s vet girlfriend. She injects it, Davy rallies, the evil shopkeeper brings the world’s tiniest bunch of flowers to Davy’s mother by way of apology, and everything’s rosy. It ends with the Littlest Hobo padding off to his next adventure while the ranger proposes to the vet, somehow finding something other to say about his day than ‘I JUST MADE A DOG PARACHUTE OUT OF A PLANE’.

And so The Littlest Hobo remake was born. With fearlessness and a commitment to high-stakes drama that very nearly saw a real Alsatian plunge 2,000 feet in the air into a crater of its own making, but thankfully, didn’t.

*Anybody who would prefer a psychological origin story for The Littlest Hobo’s behaviour can try this one: Inside the body of that Alsatian is the reincarnated spirit of a WWII soldier responsible for an unnamed atrocity. Maybe he fought on the wrong side. Maybe he bombed an orphanage. Cursed by a… mermaid, the soldier can only atone for his past wrongs by living a four-legged life of vagabond altruism on the condition that he never settles down and just keeps moving on. Eventually, his good canine deeds will tip the scale in his favour and he’ll be allowed to pass on to the next life, leaving the very good boy he possessed from 1979 – 1985 free to pick a permanent home from one of the many offered to him over the course of his adventures and that canine Dr Sam Beckett will finally get to go home.