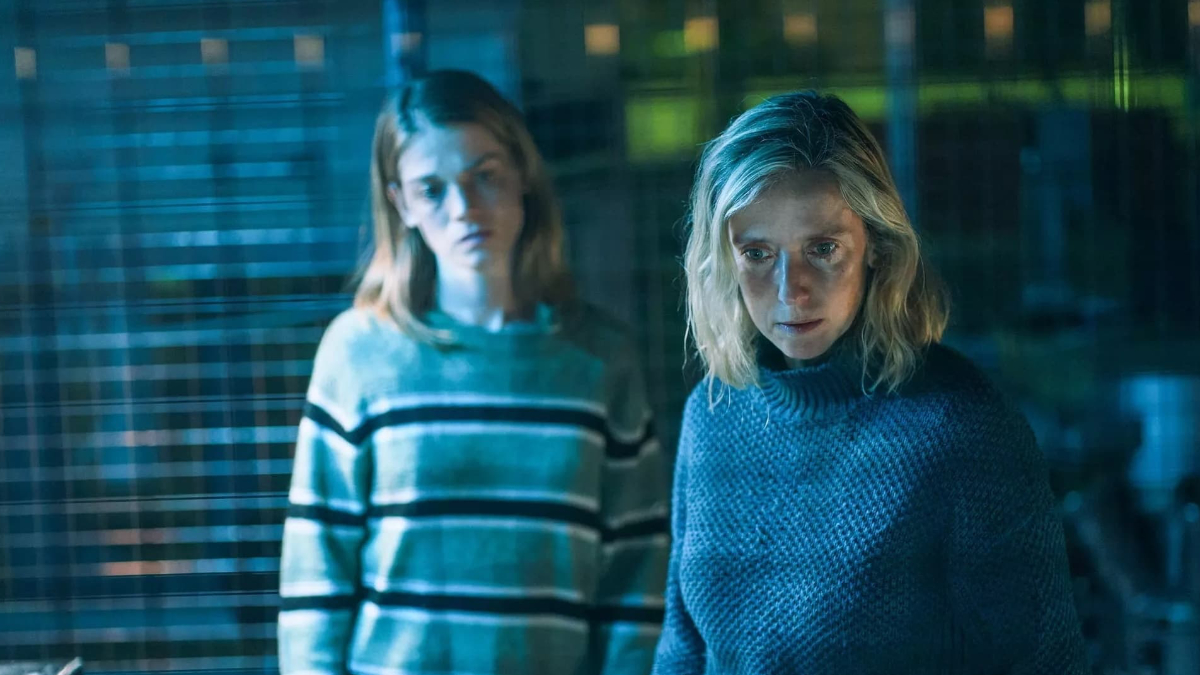 Warning: contains spoilers for War of the Worlds.

Nobody expects puppies and rainbows from the end of the world. Even if they did, after series one, they’d know that War of the Worlds wouldn’t be the place to go looking. This is feel-bad drama, the kind of show where kids get stabbed in the head, streets are lined with baggily attired corpses, and the guff of rotting flesh whooshes out of each newly opened door. Meet a new character? Odds are they’ll try to kill themselves before the credits roll. Odds are they’ll succeed.

Bleak has its place, but there needs to be balance if a story isn’t going to drown in its own misery. War of the Worlds knows that, so leavens the mood with flashes of bathetic humour: Emily gravely pronouncing the lack of cola bottles in the Pic ‘n’ Mix as proof that the world has gone to shit; Bill getting schooled in Walkie-Talkie etiquette; Sophia christening the killer robot ‘Bob’ and assuring Nathan that yes, pregnant women are allowed to lug corpses around in their first trimester. The odd laugh is welcome, but what this story really lacks is warmth.

Episode five had so little of that, it almost started to feel as though the suicides had a point. In the show’s world of psychopaths and hatred and violence and loss, why even try? The camera may have stayed respectfully outside of the room in which Isla received a kicking, but the sound effects were just horrid. What of humanity is left to save?

It’s not as though viewers can invest in Emily and Sacha’s queasy romance. Kariem was right about the French teen having a dark heart, which casts an ominous shadow on any scene in which Sacha nuzzles up to Emily. Who else then? Chloe, Jonathan, Bill, Zoe, Sarah, Tom… we barely know them. Though Tom was the first thing Bill asked Zoe about, the ersatz father and son haven’t shared a scene since the season started. Nor, for that matter have Tom and his real father – their relationship is another blank space of many. The only characters developed enough for us to truly care about are Catherine and Sophia.

The sisters had managed to make it to London, where their search for Bill led them straight into a story with all the features of a ‘deserted spaceship’ mystery: a recent corpse, some half-finished scientific research, a series of progressively desperate video diaries, and something scary in the lab…

The leg of that apparently dormant Cyberdog probing its restraints while Catherine slept was a classic sci-fi horror moment, and the highlight of the episode. ‘Bob’ isn’t just smart, he’s also cunning and is clearly playing possum. What are the odds that Bob killed Lilly (played by Line of Duty’s Shalom Brune-Franklin) and boyfriend Dylan (Angus Imrie) took his own life in response?

Dylan’s final video, in which he talked about decision-trees and parallel worlds, tapped into this season’s building theme of fate, regret and the possibility of do-overs. If the Invaders share Bob’s quantum perspective, do they possess the power to jump between parallel timelines? When Emily and Sacha saw the visions of their future selves together, was that really their fate, or just one possible path they’ve made real because they thought it was pre-destined?

There are still no answers from the Invaders, about whom we’ve learnt nothing new since Jokim choked Micah to death. Were those two brother-brothers, by the way, or is that just how the Invaders refer to one another, like Reuben telling Adina that Isla was their sister? All of those names by the way, had to be looked up online, not because of forgetfulness on my part, but because we’ve barely been introduced to that lot either. This isn’t a particularly sociable series.

Nor, as established, an uplifting one. Perhaps the fact that characters like Catherine are still trying, despite it all, should alleviate the morose weight of it all. Or that Bill, whose wife and son were also killed by the Invaders, still retains a moral sense of right and wrong, unlike the soldier who drunkenly took out his rage on Isla. (Bill’s honour, it has to be said, is somewhat eclipsed by his overall plan to commit genocide.) The episode ended with everybody plotting against each other and Isla just as much a threat to Bill as robo-Bob is to Catherine and co. It’s almost wall-to-wall darkness and narratively, crying out for some light.

War of the Worlds season 2 is currently airing weekly on Epix in the US and starts on Disney + in the UK on Friday the 16th of July.