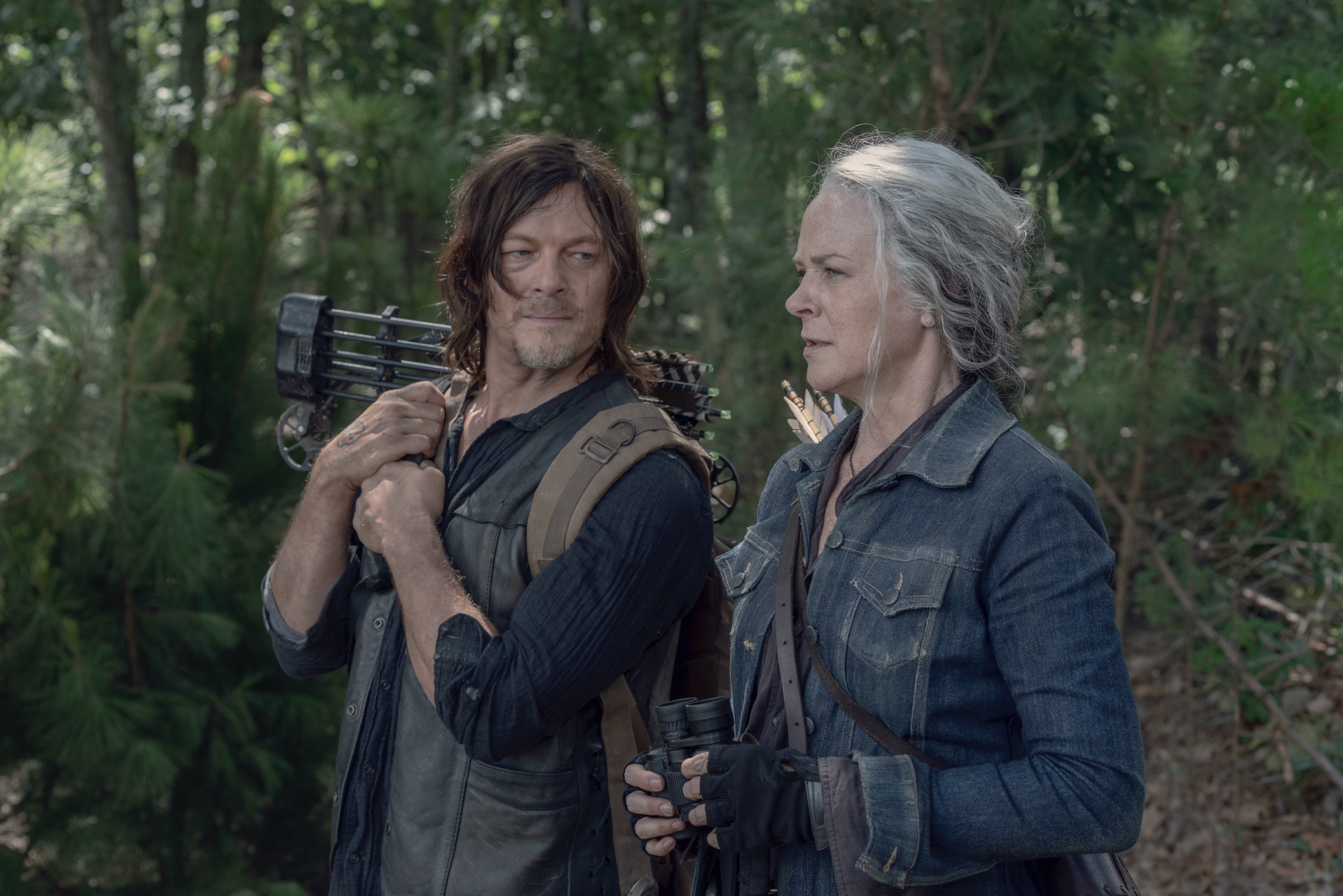 Disney+ first arrived in the UK in March 2020, at roughly the same time that the nation went into pandemic lockdown and home schooling began on a mass scale. For parents attempting to work from home and occupy their suddenly rudderless kids at the same time, that made it a godsend – a reasonably priced babysitter filled with enough animated films, Hannah Montana episodes and Marvel goodness to entertain little ones. Thank Mickey for that.

Over a year later, Disney+ has a new identity. It’s no longer just an app for streaming Doc McStuffins while mummy Zooms head office. Since the launch of Star on Disney+ in February 2021 in the UK and other territories, it’s had an injection of grown-up shows and movies to add to its family-friendly content (along with reinforced parental controls). And now, Disney+ is the UK home of one of the most violent, gory, and child-unfriendly series around: The Walking Dead.

In the United Kingdom, AMC series The Walking Dead used to air on the FOX UK channel and stream on NOW. After Disney bought Fox in 2019, it took possession of the long-running apocalyptic show among many others, and announced plans to shutter the FOX UK and Disney channels. They ceased broadcast at the end of June 2021 and as of July 2021, UK fans of The Walking Dead can watch all 10 previous seasons plus the new 11th season on Disney+. So if you haven’t activated your pin-protected Kid and Mature Content profiles on the streaming service, now’s the time to do it.

Where To Watch The Walking Dead in the UK

From Friday the 2nd of July 2021, all 10 existing seasons of The Walking Dead will be available to stream (with parentally controls available, naturally) on Star on Disney+. The eleventh and final season will also stream on Disney+ Star weekly on Mondays in the UK, the day after the episodes air on AMC in the US, just like normal. The Walking Dead season 11 starts on Monday the 23rd of August 2021 in the UK.

At the time of writing, seasons 1 to 9 of The Walking Dead are also available to Amazon Prime Video UK subscribers. Season 10 is also available to stream on Amazon in the UK, but at an additional charge per episode.

All episodes of The Walking Dead seasons 1-10 are available to buy on iTunes in the UK.

Where To Watch Fear the Walking Dead in the UK

Where To Watch The Walking Dead in the US