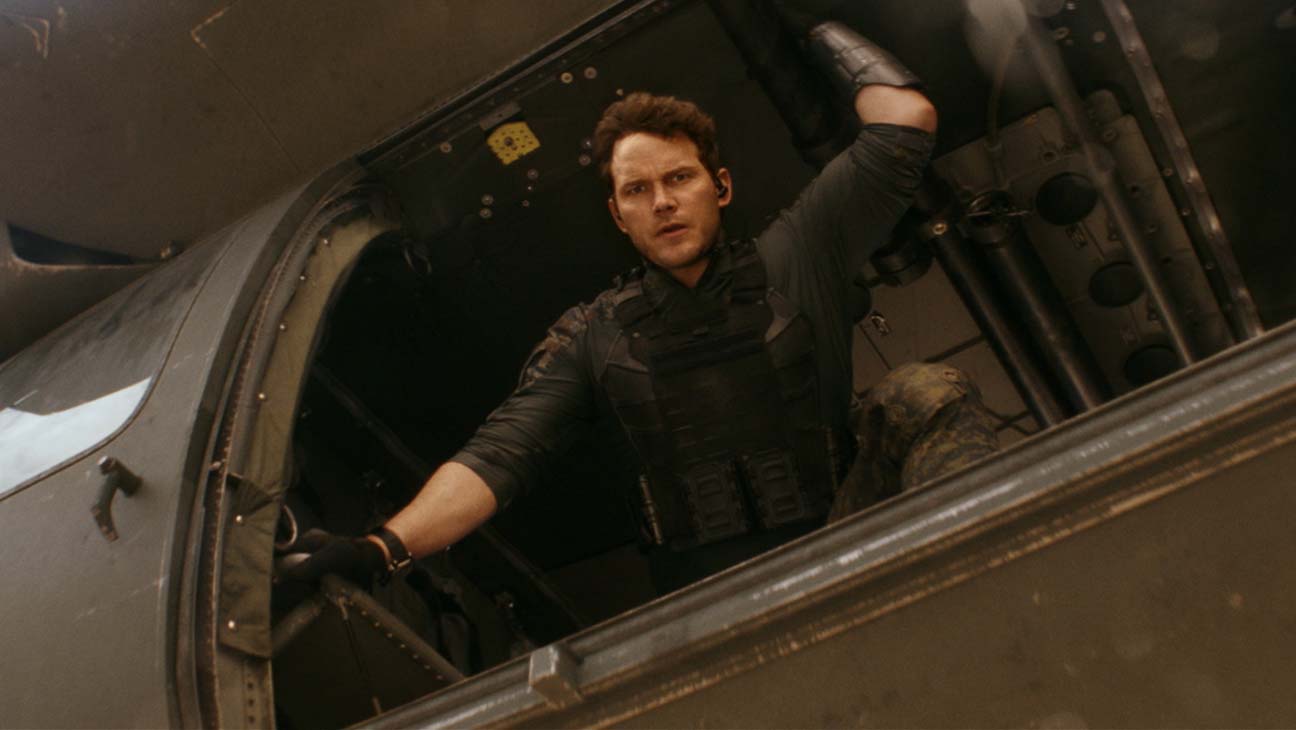 There’s a lot going on in The Tomorrow War’s epic, time-hopping plot. Soldiers from 2051 travel back in time to deliver a desperate message: invaders have ravaged the earth and threaten to blot out mankind completely. These soldiers need all the help they can get to wipe out the alien monstrosities, so they draft their predecessors into the war.

Former military vet and slightly disillusioned high school science teacher Dan Forester (Chris Pratt) is recruited into the war, leaving behind his wife Emmy (Betty Gilpin) and young daughter Muri (Ryan Kiera Armstrong). In the future, after a gruesome rescue mission in Miami, Dan’s confronted by some startling revelations about his future life that change the course of his present.

Let’s break down what Dan sees in the future, how he manages to take down the aliens, and the profound effect it has on him as a husband, father, and son. But first, it’s worth delving into the movie’s big reveal…

Why does Muri put her trust in Dan?

After the rescue mission in Miami, Dan comes face-to-face with his daughter Muri (Yvonne Strahovski), all grown up and leading the resistance against the aliens. She reveals to Dan that, in her timeline, he eventually separated from Emmy and left the family, falling into a deep depression that ultimately leads to his death in a car accident. Naturally, this resulted in Muri harboring a great deal of resentment for the man he became.

She tells him that she plucked him from the past because she needed the father she knew before he went off the deep end, when he was the hero she remembers adoring as a child. Shocked by the news that he’s essentially destined to abandon his family, Dan commits to helping Muri in the future in hopes of changing the trajectory of his own life and timeline for the better.

How exactly do the two timelines work?

Unlike most time travel movies, The Tomorrow War doesn’t linger too long on its time travel logistics. It’s explained in the movie via a simple visualization: Time flows ever-forward, like a river. The scientists from 2051 have built two rafts on the river, one thirty years ahead of the other, and as far as time-traveling goes, they’re only able to hop between the two rafts.

While Muri and Dan do eventually engineer a toxin that could eliminate the aliens completely, they’re too late to save the world in 2051—the creatures have overtaken the base and all is lost. However, Muri’s plan is to send Dan back with a vial of the toxin in the hopes that he can save the world in the present day, effectively creating a new timeline at the expense of hers.

How does Dan save the world?

Upon returning from the future, Dan gets to work on a plan to stop the aliens before they arrive. He knows that the first attack is in the summer of 2048 in Russia, and that they arrived seemingly out of nowhere—no sign of rockets or ships were ever discovered. Emmy suggests that perhaps they may have arrived before 2048.

Dan then enlists the help of his time-jumping comrades Charlie (Sam Richardson) and Dorian (Edwin Hodge) to find out if the aliens may already be somewhere on Earth in their time, which would give them the opportunity to inject them with the toxin decades before they wreak havoc. Upon examining an alien claw Dorian kept as a “souvenir,” Charlie discovers particles of volcanic ash. One of Dan’s students helps them figure out that the ash is likely from the Millennium Eruption on the border of China and Korea, which happened in 946 AD, which means that the aliens had been here all along.

Dan asks his estranged, mercenary father (J.K. Simmons) to smuggle he and his crew into Russia to find the aliens and end them once and for all. They’re able to locate the ship and blow it to high hell, but not before the queen escapes. Dan and his dad track her down and, after a hard-fought battle in the snow, are able to inject her with the toxin, stopping the impending nightmare from ever happening.

So, Muri engineered the toxin, Dan brought it back to the present, Emmy came up with the theory that the aliens could’ve been here long before the attack, Dorian provided the claw, Charlie analyzed the claw, Dan’s student solved the “volcano mystery,” Dan’s dad got the team into Russia, and they killed the alien bastards together. There is an abundance of heroics going on here, but arguably, future Muri is the one who saved them all with her initial plan.

Is Dan still destined to mess it all up?

We learn from future Muri that Dan doesn’t exactly turn out to be the best father in her timeline. But after learning about his future mistakes and seeing the results of his future actions, it seems he’s determined to turn a new leaf and get his act together.

At the start of the movie, Dan appears to be more focused on his career than his family, foreshadowing his eventual downfall. But now that he’s seen how brilliant and brave Muri becomes, and he’s learned to forgive his father for leaving their family when he was young, he’s gifted with a new perspective on life.

In the movie’s closing moments, he reunites with his wife and daughter and finally allows his father to meet Muri. “My best future, it turns out, was always right in front of me,” he says, all but indicating that he’s no longer destined to leave them and go down a dark path.

The Tomorrow War is streaming on Amazon Prime Video now.