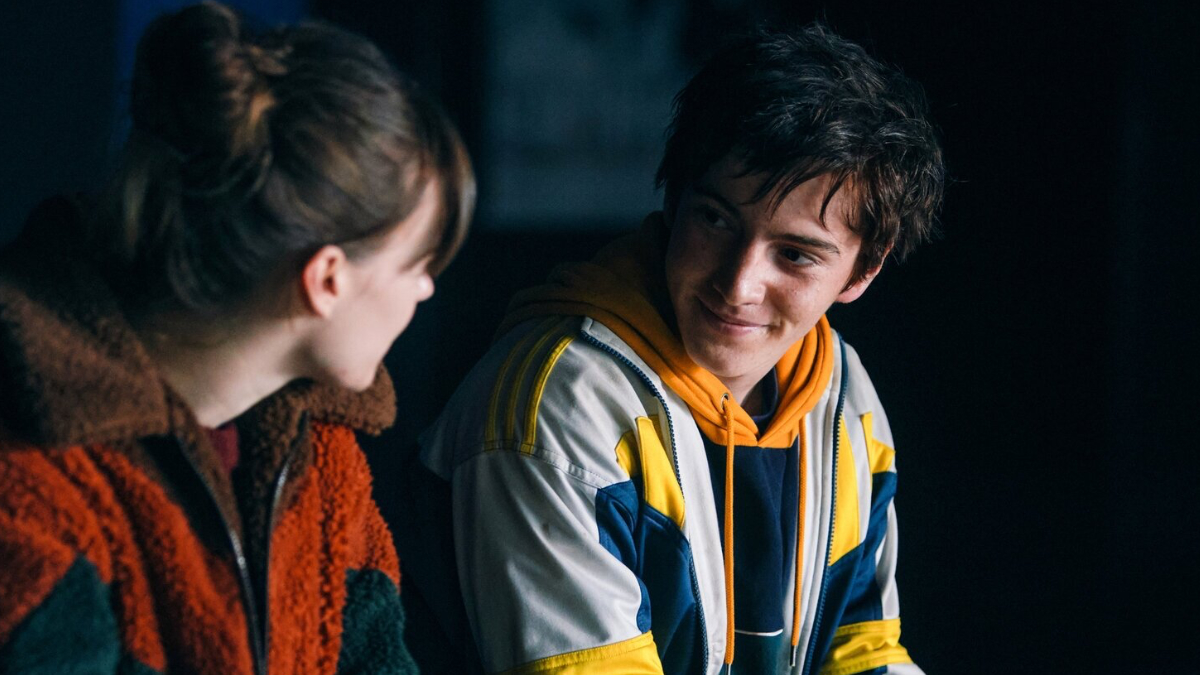 Warning: This War of the Worlds review contains spoilers.

In season two, it’s personal. We know that the child-killing robo-dogs are the weapons of alt-humans who have no compunction about committing genocide. That revelation sparked its own mystery: just what is the Invaders’ damage? Yes, humans have always done terrible things to each other in the name of survival (and regrettably, in the name of far less), but usually, we’re at least conflicted about it. This lot stitch bombs into stomachs and – as Bill’s new companions noted in disgust – kill kids without remorse. Why the lack of fellow-feeling? Episode four suggested a possible answer: Sacha.

Until now, Mathieu Torloting’s Sacha has just been part of the general hum of uneasiness on War of the Worlds. Like the rotting corpses on the streets and the regular child executions, he’s been a background source of disquiet, but not the main event. You wouldn’t want to pick him in a Secret Santa, but you couldn’t put your finger on exactly why. Now, the why is obvious: Sacha’s a psychopath who feels nothing when he kills someone. And if Sacha’s a psychopath, and Sacha’s also a genetic ancestor of the Invaders (the current theory to beat), perhaps that’s why the Invaders also seem to feel nothing when they kill… everyone?

The ‘someone’ Sacha killed was, unforgivably, the War of the Worlds character with the most natural warmth (and not just because of the insulating properties of that beanie hat). Ever since we met Aaron Heffernan’s Ash, grieving his fiancée and trying to Octomom all those those orphaned babies, he’s been this show’s on-radiator, taking the chill off the aloof characters around him. Even this week, his comedic “Is it because he’s French? Because that would be wrong,” shone a rare shaft of light in a dark and serious hour.

Murdering Ash in such a callous, disinterested way was a fast ramp to villainy for Sacha. Only by killing a litter of golden retriever puppies could the audience now hate him more. Add that to his playground bully taunting of Bill and Kariem, and the ease with which he lied about Ash’s murder, and he’s quite definitely stepped out of the shadows and into the role of baddie. Torloting handled his scenes well, imbuing Sacha with believably creepy detachment.

All of which made Emily’s decision to jump his bones uncomfortable to watch, but then, when your entire family thinks you’re a murderer, perhaps it’s any port in a storm. It almost wasn’t Emily’s decision, anyway, but pre-destined as she’d already seen their projection room hook-up happen in that vision.

(On the subject of the projection room, the multiplex cinema location was made good use of this episode. The space, stars and alien theme seemed to carry over into the empty popcorn boxes, galactic carpet design and, presumably, fictional film poster for alien abduction sci-fi ‘Passenger’ – perhaps a hint of what’s to come for Emily and Sacha on board the alien ship?)

Was that the moment of conception for Emily and Sacha? Is she now pregnant with a child that will inherit each of their genetic weaknesses, and who’ll go on to found the psychopathic Invader race? If so, Emily won’t be the only new mother around.

Sophia’s story this episode was another example of this show’s best trick – using the end of the world to talk about… the world. You don’t need to have witnessed an adorable blonde poppet’s brain being skewered by an alien cyborg that morning to wonder whether or not it’s wise to bring new life into this world. Apocalypse or not, people ask that question all the time. The same goes for Catherine and Victor’s moving exchanges about regrets. Parallel universes and time travel might have prompted their confessions, but at any of life’s big junctions, we all say the same, aliens or no.

It was a pity to see Victor go so soon, but unlike Ash – whose death was as cruel and arbitrary as we’ve come to expect from this series – he was at least granted a hero’s ending. Victor died saving the others, including Sophia and Nathan’s unborn child, which made his death mean something in a way it wouldn’t have done if he’d expired alone in that car. His character’s time on the show was only brief, but did much to develop our sense of Catherine. Their pairing added real warmth and even hope to this otherwise cold and bleak story.

A story that, at season two’s halfway point, is really ramping up. Catherine and co. are just across the Channel. Emily and Sacha are an item. Sacha’s a baddie. And in Aimee Ffion-Edwards’ Invader Isla, Bill now has the live test subject he was after, chained to a radiator in London’s Barbican Centre. Le progress!

War of the Worlds season two is airing weekly on Epix in the US and starts on Disney+ in the UK from Friday July 16th.