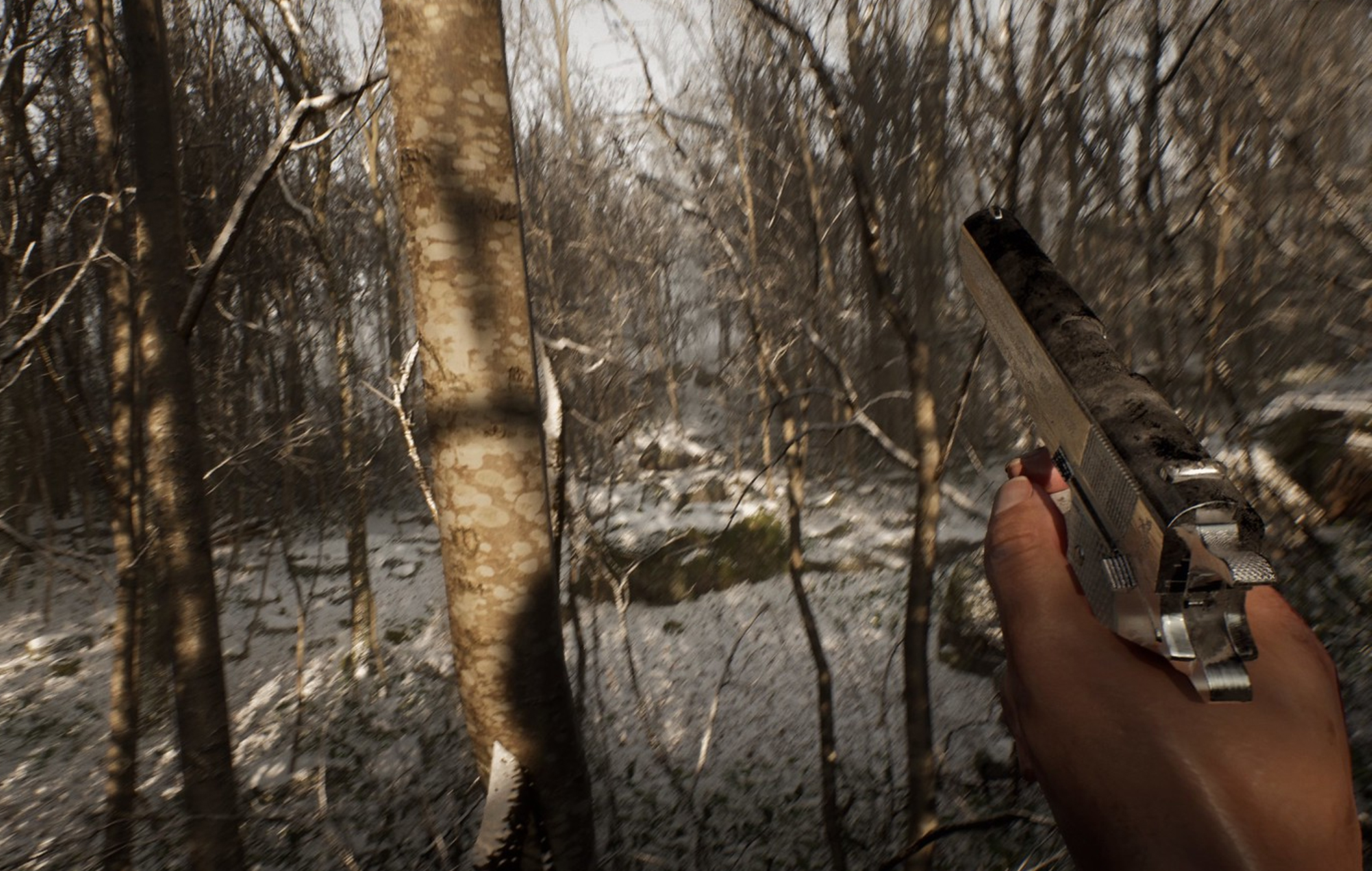 Today was supposed to be a big day for Silent Hill and Hideo Kojima fans, at least those who believe an upcoming PS5 game called Abandoned is secretly a new entry in the horror series from the creator of Metal Gear and Death Stranding. But after a week of teasing the release of a new “trailers app” meant to reveal more of the indie title at the center of gaming’s latest conspiracy theory, Blue Box Game Studios’ enigmatic founder Hasan Kahraman released a video to announce the app and reveal had been delayed to August.

Did this quiet the fans who had spent more than a week speculating, deciphering “clues,” uncovering weird coincidences, and hounding the Blue Box Twitter handle for answers? If you think the answer is yes, you clearly don’t know the internet very well.

But let me rewind. If you’ve not been keeping up with the chatter on Twitter or obsessively reading the Blue Box Conspiracy subreddit like I have, we tracked many of the potential clues the eagle-eyed sleuths on Reddit found last week. But here’s the gist:

Ever since the first cryptic trailer for Abandoned premiered during a PlayStation State of Play broadcast last April, fans have been drawing connections between the game, Abandoned developer Blue Box Game Studios, Silent Hill, and Hideo Kojima. At first, the theory just seemed like wishful thinking, but A LOT has happened since then. After the official Blue Box Twitter handle posted a now-deleted tweet teasing that “Abandoned” wouldn’t be the final name of the game, fun speculation quickly turned into obsession for some.

“Guess the name: Abandoned = (First letter S, Last letter L). Reveal closing in…” read the tweet posted on June 15, which was enough to trigger a full-scale investigation spanning the entire internet, from Kojima’s Instagram feed to some really creepy YouTube videos involving Morse code. More on those videos in a second. The point is that things are getting SO weird.

All this even after Kahraman posted a video earlier this week confirming not only that he was a real person (and not Kojima in a mask — the MGSV developer previously pulled a stunt like that once) but that Blue Box and Abandoned had nothing to do with Konami or Silent Hill. He’s also been previously interviewed by IGN and went on the record with Bloomberg journalist Jason Schreier, arguably the most reliable reporter in games journalism.

“It doesn’t matter how much I try to debunk all this,” Kahraman told Schreier in an hour-long phone interview. “People don’t believe it. They just expect something that’s not out there. It bothers me.”

The videos on social media and statements to the press would normally be enough to debunk the theories that Kahraman isn’t real, but many fans have dismissed the evidence as red herrings designed to push them off the trail. Plus, there ARE some weird coincidences, such as the fact the Kaharaman and Kojima both share the same initials and that when you translate “Hideo” from Japanese to Turkish, you get “Kahraman.” Blue Box’s initials are also “BB,” which is the name of a character in Kojima’s most recent game, Death Stranding.

Some “clues” that Kahraman and Blue Box aren’t who they say they are more outlandish. For example, some Reddit sleuths have suggested the black t-shirt Kahraman is wearing in his first video has a secret meaning. Why? Because every major figure whose talked about Abandoned or Kojima’s next game on video has worn a black shirt, including Leo Enin, the founder of Nuare, a real art outsourcing studio that has most recently worked on Marvel’s Avengers and Halo Infinite. The Game Awards and Summer Game Fest founder (and longtime Kojima collaborator) Geoff Keighley also teased that Kahraman had reached out to him to possibly help him reveal the game sometime in the near future.

Then Kahraman posted a new video today to announce the delay of the release of the Abandoned trailer app on the PlayStation Network. Yes, an app just for your trailers is a peculiar way to market your game, and it’s strange that PlayStation is giving such special attention to a very small indie studio, but that’s not the weirdest thing about Kahraman’s second video.

While Twitter users were busy trying to decipher the meaning of Kahraman’s switching from a black t-shirt to a white turtleneck, and speculating that perhaps the developer was actually a CGI model created by Kojima, something far stranger was happening on YouTube.

At first it seemed like Blue Box had gotten cold feet at the last second, deciding to reveal Abandoned when it was a bit more polished. But those who stuck around YouTube after the delay was announced were treated to new clues that seem to confirm what some have known all along: that there’s much more to Abandoned than meets the eye.

The video, which played a loop of weird sounds over the Blue Box logo, began to communicate with the viewers, sending out messages in Morse code that some speculate is actually a conversation between two sides of the same person, potentially a tease of a character both in and outside Silent Hill’s Otherworld. Each line of Morse code appeared in either blue or red, seemingly signifying that two different voices were speaking, although some simply took this as confirmation that PlayStation (blue logo) and Konami (red logo) are collaborating on the new Silent Hill.

Those on Reddit and YouTube quickly rushed to try and “find the source,” the central message of the otherwise nonsensical conversation. At this time, neither the Blue Box Conspiracy subreddit nor fans on other social platforms have come up with a definite answer as to what’s happening here, although there are some stunning theories I won’t delve into here because…it’s A LOT. Unfortunately, the video recording was deleted from the channel after the broadcast ended a few minutes after the final line of Morse code.

There are other videos on the channel, including this very creepy teaser apparently released earlier this week:

If you feel like taking a trip down the rabbit hole this weekend, I highly recommend you check out all the weird videos on the channel as well as the aforementioned subreddit. Even if you’re not invested in what Kojima or Blue Box have planned, it’s a lot of fun watching these sleuths try to figure out what’s going on. I can’t even begin to summarize all of the theories that have popped up since the Morse code dropped.

As of this writing, the YouTube channel has most recently dropped an “Act II Teaser” with more Morse code that reads:

What does it all mean? We’ll hopefully get some answers in August…which also happens to be the month in which P.T., Kojima’s “Playable Teaser” for Silent Hills, released on the PSN back in 2014. Oh god.