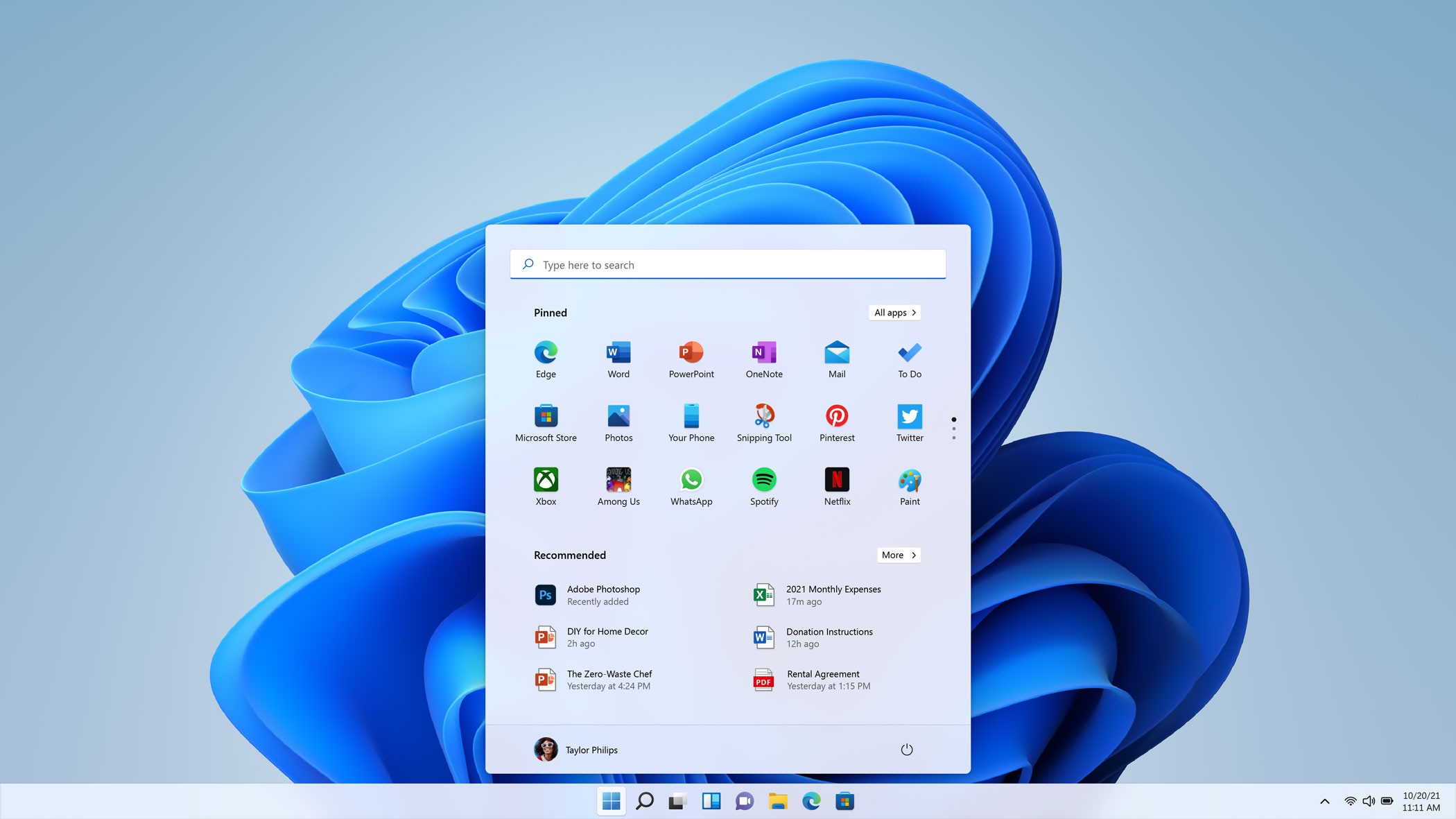 After weeks of speculation, Microsoft has finally unveiled Windows 11, the new operating system upgrade coming this holiday. Boasting many tweaks to the UI, as well as few other new features, Windows 11 should bring some welcome changes to the Windows PC experience.

At the forefront of the upgrade is the new Start Menu, which is now sitting at the center of the taskbar. The new Start Menu forgoes the tiles that have been a signature of the Windows experience for the past few generations of the OS. Windows 11 will instead feature a Start Menu that works like a more traditional launcher where you can quickly access your go-to apps, recent files, and the revamped Windows Store, which is now compatible with Android apps.

It’s clear that Microsoft’s major focus when designing Windows 11 was making the most efficient OS possible, as showcased by the new widget panel that slides out from the left-hand side of Windows tablets. The widgets are meant to cater to the user’s needs and habits, delivering personal news feeds, the weather forecast based on the user’s locations, and other information at the brush of a fingertip.

Windows 11 is also embracing Microsoft Teams as its communication app of choice. The app is now integrated into the taskbar for quick access to your friends, family, and co-workers. Curiously, Microsoft did not mention Skype, its other chat solution that was bundled with Windows 10. It seems that the once-popular app has become superfluous with Teams taking the spotlight for this new era of Windows.

Changes are coming to gaming on Windows, too. Features like Auto HDR and DirectStorage will bring functionality first showcased on the Xbox Series X to PC. DirectStorage, which requires NVMe SSDs like the one found inside the current-gen console to work, is particularly exciting, as it should cut down game load times significantly. The technology, which is known as Velocity Architecture on XSX, should vastly improve your PC gaming experience.

Xbox Game Pass is also being integrated into Windows 11’s new Xbox app. With a membership, you’ll be able to access the full list of included PC titles on the service as well as Xbox Cloud Gaming. The latter feature will allow you to play Xbox games on your PC.

Best of all, the upgrade is free to Windows 10 users…assuming they meet all of the system requirements to actually run Windows 11. Microsoft has launched a PC Health Check app that determines whether your system meets the requirements for the upgrade. You can download it here.

Here are the minimum system requirements to run Windows 11:

While many users have already confirmed that they meet the requirements, the PC Health Check app has also been the bearer of bad news for many others…

The Verge’s Tom Warren suggests one possible solution to the problem if you feel you meet all the other minimum requirements.

We’ll keep you updated on Windows 11 as we learn more!