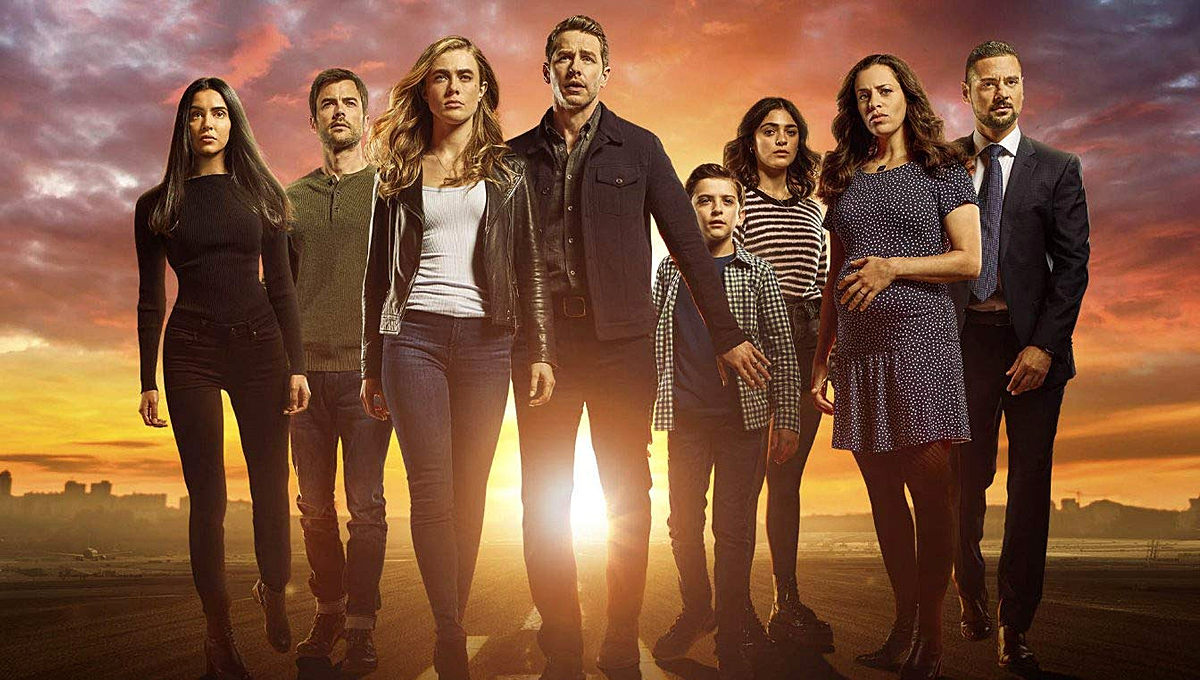 A few years ago, Manifest Season 4 would have been a promising proposition for the array of insatiable streaming platforms that saw the act of rescuing a beloved canceled network series as a proverbial feather in the cap. However, for obvious reasons, times have clearly changed for the industry in the past year. Consequently, NBC’s recent cancelation of the sci-fi leaning mystery drama after three seasons proved potent, since ensuing attempts by its producers to land the series elsewhere are now confirmed to have failed. It begs the question of how a formerly buzz-worthy series like this manage to crash this quickly.

While NBC officially canceled Manifest back on June 14, the notion of the series ending was widely taken with an auspicious grain of salt for multiple reasons. After all, the story of a television series being canceled by a network for sinking ratings only to be rescued by another platform on the back of hashtag-heavy social media campaigns from a passionate fanbase is one that has become familiar. While, predictably, #SaveManifest, was gaining momentum, the real kicker here was that fate had seemingly delivered a boon, since the first two seasons of Manifest had just arrived on the biggest streaming platform of them all, Netflix, where, according to the platform’s public ranking system, it became its most popular series—that very week, no less! Thusly, fans had to feel as if a Netflix pickup—prospectively yielding similar success as rescued shows like Cobra Kai and Lucifer—was inevitable. However, a report from Deadline confirmed the failure of those efforts, which has resulted in bittersweet acceptance from creator Jeff Rake and cast members such as Josh Dallas and Melissa Roxburgh.

So, how did this happen? To answer this, let’s backtrack to Manifest’s NBC primetime debut, on Monday, Sept. 24, 2018, which yielded over 10 million viewers according to Nielsen’s numbers, with the show having been heralded by Comic-Con panel hype and even the strategic preemptive posting of its pilot episode on YouTube. While the show, the creation of executive producer Jeff Rake (The Tomorrow People, The Mysteries of Laura), wore its story-stretching genre inspiration from shows like Lost and The 4400 like a badge of honor, the premiere was nevertheless impactful, thanks to a compelling sci-fi-leaning premise, in which passengers of the 2013-era flight of Montego Air 828 from Jamaica to New York City were lost for five years after the plane vanished, only to land in 2018, completely oblivious of any anomaly. Indeed, Manifest may have been a sci-fi series, but its focus on the implications of the passengers’ disappearance on their families resonated with audiences, making the series a surging hit that quickly landed a renewal, despite its 16-episode inaugural season settling down to a 6.482 million viewer average.

Come Season 2, which premiered on Jan. 6, 2020, the series would, naturally, evolve from its initial premise, slowly attributing the plane’s disappearance—and the dubious celebrity status experienced by the passengers—to ambiguous notions of time and/or dimensional phenomenon and the seemingly clairvoyant visions they experience, called “callings,” which tend to lead them to where fate dictates. However, despite remaining on Mondays, Manifest returned to a major low of 4.728 million viewers for that season premiere, although it managed to hold steady for an average of 3.899 million viewers across the reduced 13-episode season. This could be considered an accomplishment when considering how the year 2020 would play out with the pandemic, especially in the immediately ensuing months. Thus, NBC ended up rewarding that consistency with a Season 3 renewal, although the months that passed from the Apr. 6, 2020 airing of the Season 2 finale to the Jun. 15 renewal announcement spoke volumes about the show’s increasingly tenuous place with the network.

Tellingly, Manifest’s third—and, as it turns out, final—season premiered on Thursday, Apr. 1, 2021 to little fanfare compared to previous seasons, and its 13-episode run saw a small-but-steady decline in viewership, leaving an average of 3.087 million viewers upon the Jun. 10 season finale, which—also tellingly—was a conventional network “let’s get this over with” strategy of airing of double episodes. Unsurprisingly, NBC only needed four days to confirm its cancelation of the series from the airing of the finale. While it remains arguable regarding why the series experienced this downfall, many cite its increasingly convoluted quasi-religious sci-fi leanings, which protracted the plight of the 815ers to an impersonal, global level, leaving little room for the family story that was so powerfully established in the pilot episode. Nevertheless, Manifest maintained a general stability and fanbase that would have made it ripe for rescue by Netflix or another major streamer—only at a time before 2020.

Paradoxically, the pandemic cemented streaming’s status as an essential entertainment source, but left companies with a significantly altered bottom line, and Netflix is the most notable example of this phenomenon; an inopportune state for Manifest and its fans, since Netflix represented the show’s most realistic shot for a rescue. Once a spendthrift monopoly with a hair-trigger for greenlighting just about any project, Netflix is in the midst of an unprecedented era of belt-tightening that has been exacerbated by the pandemic, as recently exemplified by the cancelation of its once-lavish lineup of shows like Jupiter’s Legacy, Chilling Adventures of Sabrina, Ozark, GLOW, I Am Not Okay with This and The Society, as veteran series also finish out their runs.

Thus, despite the current success of Manifest’s catalogue episodes on Netflix, the streaming giant—like its industry peers—is not exactly in the mood to rescue niche network castaways, leaving the series with no viable option to maintain creator Rake’s purported six-season story arc. As a result, the only streaming premiere that fans of the series can look forward to will be when the final season joins its two predecessors.