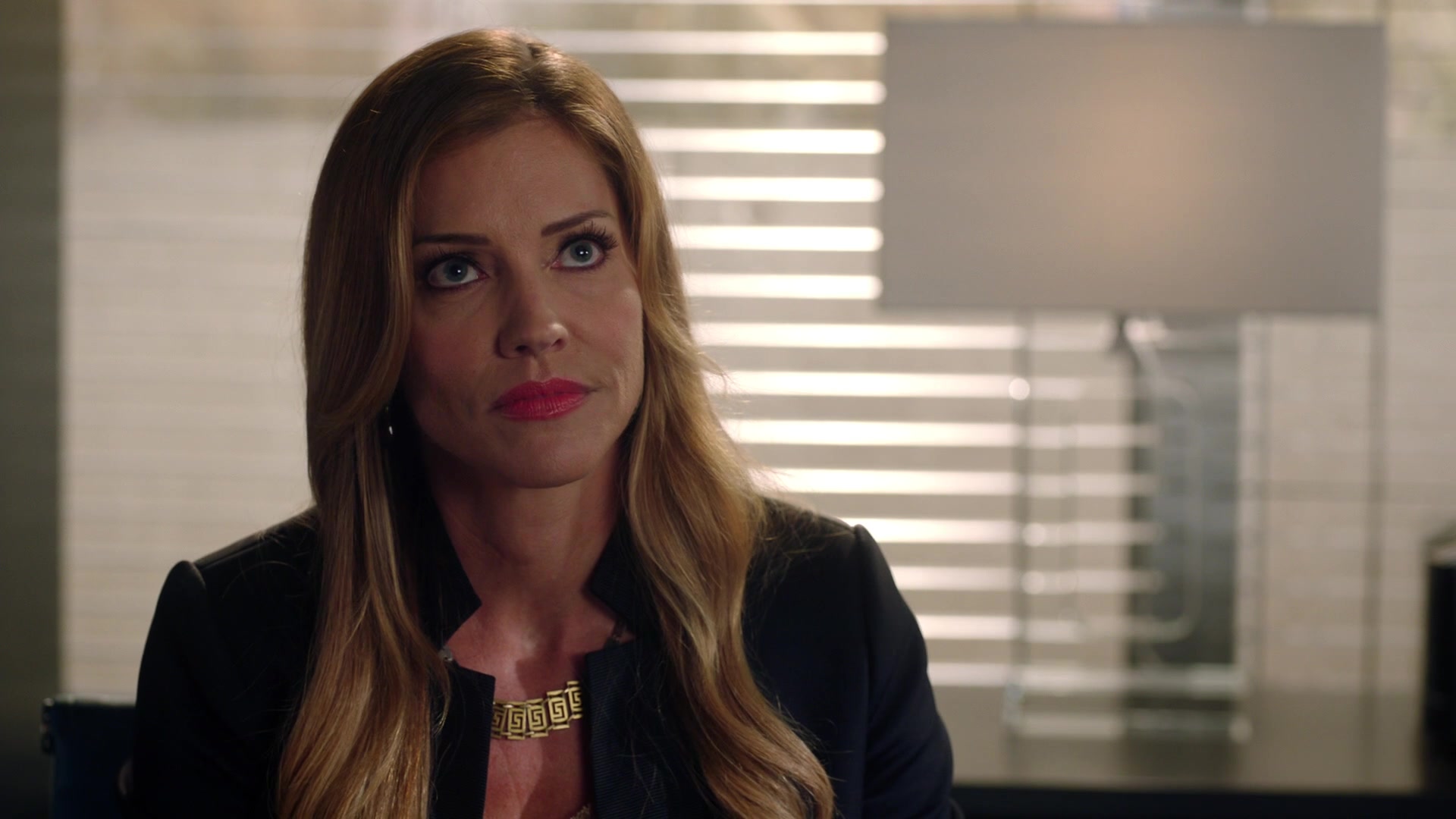 In season 2 of Lucifer, long before Fox cancelled the show and it was revived by Netflix, Helfer joined the cast as a defense attorney called Charlotte Richards, but Charlotte’s body was soon taken over by Lucifer’s mother, who originally co-created the universe with God.

Long ago, Lucifer (Tom Ellis) had rebelled against God (Dennis Haysbert) over his love for humanity, and the Goddess started to despise God’s pet project, too. She was banished to Hell, but Lucifer felt so betrayed by his mother that he refused to look after her, leaving Mazikeen (Lesley Ann-Brandt) in charge of her torture. The Goddess wouldn’t stay in Hell forever, finding a path to Earth via lawyer Charlotte, whose soul was descending to Hell to suffer eternal torment.

Starring as the mother of angels and God’s ex-wife, Helfer portrayed a worthy antagonist for both the humans of Lucifer and her own celestial children, who weren’t too pleased to see her running wild on Earth.

After making Lucifer and Amenadiel’s lives a living Hell on Earth, the pair decided that something would have to be done about their mother.

In the season 2 finale “The Good, the Bad and the Crispy”, Lucifer – knowing that if the Goddess returned to Heaven it would start a war – suggested that she could instead find a better purpose by ruling over Hell now that he was no longer there, but this enraged her. She wounded Lucifer’s therapist Linda badly, and threatened to go scorched earth at the Santa Monica Pier. Amenadiel (DB Woodside) slowed time in an effort to save Linda, and Lucifer took advantage of the break, using the Flaming Sword to open a tear in existence.

Lucifer told his mother that she could create a new universe in the void beyond, now that neither Hell nor Heaven would be a suitable place for her. The Goddess eventually realized that this was the right choice. She said goodbye to Lucifer, and departed. Lucifer then sealed the tear, splitting the two universes for good.

“Mom’s whole purpose was her love for her kids – I know a lot of the audience thought she was manipulative, but it came from a basis of love and wanting what was taken from her, revenge on her ex-husband [God], and wanting to see her children,” Helfer recalled with AssignmentX. “She hated humanity. That was one of the most fun points for me, the fact that she hated humanity and was stuck in a human form, but then throughout the season started to understand there’s some benefits to this, and there’s some enjoyment.”

With Lucifer’s mother gone – seemingly forever – this wasn’t the last we’d see of Helfer. As Dan Espinoza (Kevin Alejandro) examined Charlotte’s body, which the Goddess had finally vacated, Charlotte sprung back to life, resurrected by the Goddess as a parting gift.

Before the body of Charlotte Richards was possessed by the Goddess, her career at law firm Richards & Wheeler was certainly questionable – there’s a reason she went to Hell in the first place! Though she seemed to have a happy family, Charlotte was cheating on her husband, and at work she was also defending criminals who were often guilty of their terrible crimes.

Thus, Charlotte’s Hell loop reflected the guilt she felt over her life’s trajectory: every morning she would wake up and have a lovely breakfast with her family, only for someone she’d successfully defended to come along and shoot them all dead. When she was resurrected by the Goddess, she soon sensed that she must make amends for the way she used to conduct herself, and felt connected to Lucifer and the gang’s quest for justice. In season 3, Charlotte took a job as a prosecutor, rather than a defense attorney, and slowly learned the truth about her missing time as Lucifer’s mother.

Unfortunately, in the twenty-third episode of Lucifer season 3, “Quintessential Deckerstar“, Charlotte was killed by Cain (Tom Welling) when she sacrificed herself to save Amenadiel. Detective Espinoza had been so close to Charlotte as both the Goddess and her true self, and grieved terribly when she was killed, but the gang were somewhat comforted by the fact that Charlotte had made it into Heaven this time around.

“That death scene with Charlotte was so beautifully written and filmed,” Helfer told Tell Tale TV. “I couldn’t have asked for a better end to the character, and send-off from the show. It really resonated with fans. I hear all the time about how that just broke people. It was a beautifully done ending to the character for sure.”

Since Charlotte’s passing, we have seen Helfer pop up again in Lucifer during season 5’s black and white flashback episode “It Never Ends Well for the Chicken“, where Lucifer uses her guise to portray ‘Shirley Monroe’ in his 1946-set tall tale about Lilith’s missing ring.

Lucifer season 5 is available to stream on Netflix now.