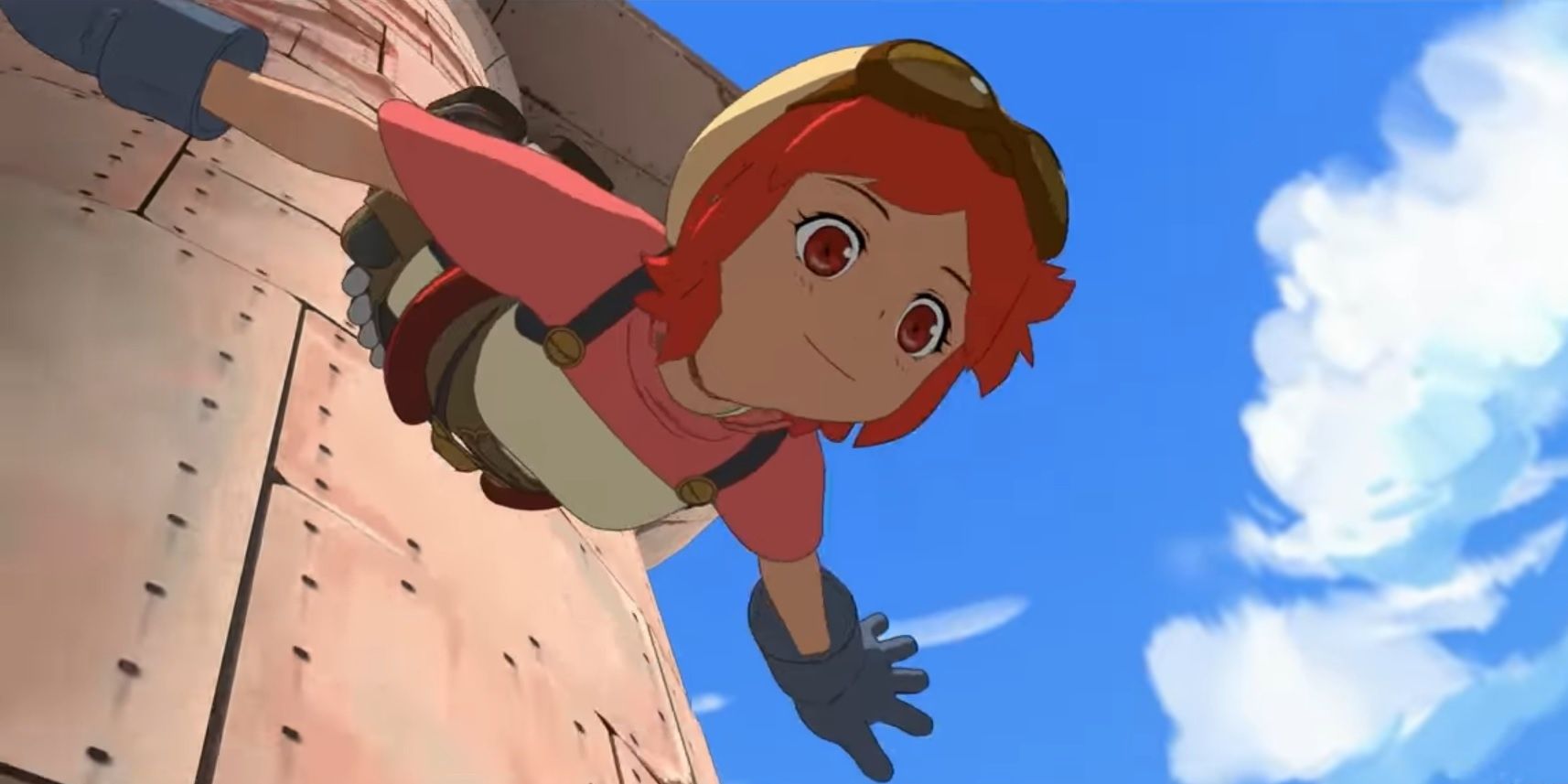 The concept of the last or only human is a classic science fiction set-up, one we most often see in the post-apocalyptic genre, which often sees a human wandering a dystopian landscape, in search for meaning and connection in a grim reality. In Eden, Netflix’s new Japanese-language original anime, we get a clever twist on the old convention: Here, humans disappeared 1,000 years prior, and Earth is populated by a few settlements of robots. These robots spend their days growing apples, an act driven by their initial creation by and for humans. When a pair of apple-harvesting robots, A37 and E92, find a human baby, Sara, they go against the rules of Eden-3, where they live, to follow their nature: to protect and care for this tiny human, even when everything they have ever been told about humanity has been framed in our species’ capacity for destruction.

The anime, which comes from Qubic Pictures and was produced and created by Justin Leach, is much more plot-driven than its trailer suggests, quickly intensifying from a slice-of-life science fiction to a climate apocalypse story about the value (or not) of humanity. Because this story is only two hours in total (and really can and probably should be watched as a feature film), there isn’t much time to linger. If you’re going into Eden hoping for a chill, low-stakes story about two farming robots raising their human daughter in an apple orchard, then this show probably isn’t for you. If you’re looking for a more straight-forward science fiction parable about the best and worst parts of humanity as explored through some heartwarming human-robot relationships, then Eden might be your jam.

When it comes to plot, Eden is not trying to do anything incredibly complex or new. Eden is reminiscent of The Mandalorian—not only in theme and subject matter, but in its relationship between content and form. Both are familiar, straight-forward fantasy tales about rambunctious kids being raised by unlikely parents elevated in their execution. Because of its narrative simplicity, Eden is perhaps particularly well-suited for teen and older kid viewers, or as a multi-generational watch. (And the English-language dub cast is great, featuring Ruby Rose, David Tennant, Rosario Dawson, and Neil Patrick Harris, among others.) While Sara is ostensibly the protagonist of this plot, as we follow her into young adulthood over the course of the four-episode series, Eden is as much a musing on parenthood as it is a coming-of-age tale, giving parents in particular an emotional entry point.

If you caught the trailer for Eden, then you already know this CG anime, which comes from Full Metal Alchemist: Brotherhood director Yasuhiro Irie, is smooth and beautiful—and the visual landscape and robot character design is where this series truly shines. Based on the manga by the same name by Tsuyoshi Isomoto, Eden boasts animation from Taiwan’s CGCG, character design from Studio Bones co-founder Toshihiro Kawamoto, and concept design from French graphic novelist Christophe Ferreira. The string-heavy score, from Kevin Penkin, is a series element standout, elevating the emotional impact of the story. In a press release, Penkin described the soundtrack as combining “the unique worlds of a 3D-printed 6-string violin, female voices and electro-acoustic sound-sources,” and calls Eden “one of those projects I will cherish forever.” It’s one of the aspects of this production that will stay with me long after having watched.

The final human trope is usually a dismal one, set in stories interesting in exploring themes of loneliness and isolation. Eden‘s take on this trope is initially much more optimistic in tone and this is one of the story’s most refreshing aspects. Unfortunately, as the series progresses, the story becomes darker in nature and, though the climax inevitably falls on the side of hope, Eden misses an opportunity to subvert the more tiring aspects of this familiar set-up fin favor of something new. The original anime introduces some big questions—most explicitly, “does the world need humans?”—and isn’t quite able to explore them properly in its roughly two-hour runtime. Still, there’s wonder in the pursuit.

Eden is now available to stream on Netflix.

The Pressures of The Walking Dead’s Final Season
Metroid Dread Could Break the Franchise Sales Curse With No Compromises
Back 4 Blood: Every Cleaner Ranked
Warzone: Why Ricochet Anti-Cheat Has Fans Worried
No Time to Die Box Office Opening Lowest for James Bond Since Casino Royale