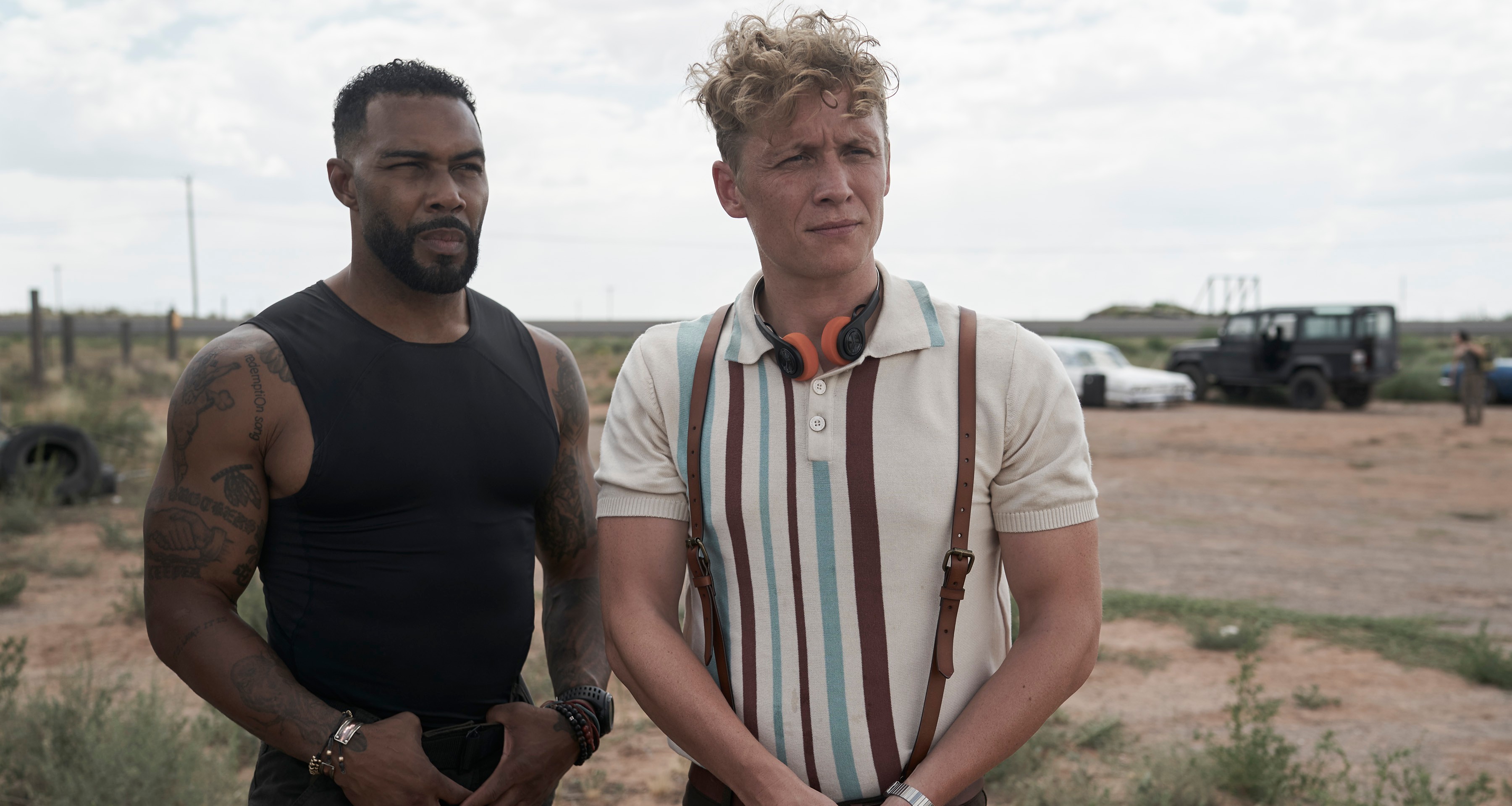 It’s the most far-out moment in Zack Snyder’s Army of the Dead: when Dieter (Matthias Schweighöfer) finds the skeletons of another squad of “graverobbers” just outside the casino vault, Vanderohe (Omari Hardwick) asks the young safecracker an ominous question: “Is it another team or is it us, Dieter?” As the camera slowly pans over the corpses, we’re shown captivating evidence that Vanderohe might be on to something (or possibly knows something the rest of the team doesn’t). One skeleton has Scott’s (Dave Bautista) red scarf, while another died wearing necklaces that look identical to Maria’s (Ana de la Reguera). A third skeleton wears the same Hawaiian shirt as Peters (Tig Notaro) in an earlier scene in the movie.

The very first skeleton that appears on camera? One wearing a backpack and scarf just like Vanderohe’s. The corpse is holding some kind of cutting tool, suggesting it was this thief’s job to open the gate to the vault. Is it coincidental that our Vanderohe is also in charge of getting his gate open for Dieter? Boom!

So, are the characters of Army of the Dead stuck in an infinite time loop? It certainly would fit in with the rest of the bonkers twists in Snyder’s insane new take on the zombie genre, which also features theories about alien pathogens, conspiracies about robot zombies, and a secret plan to build the ultimate undead army. By the time Vanderohe shares his theory with the rest of the class, it’s clear this movie exists in tinfoil territory.

Of course, like with many of the movie’s key mysteries, we’re never actually given an answer to the time loop question, and the audience is meant to believe that everyone except Kate and an infected Vanderohe has died at the end of the film. If you’re down with a nihilist interpretation of the ending, then you probably went to bed last Friday night certain that Scott and the rest of his team had died in vain, and that Mexico City would soon hear the death knell of Snyder’s cruel zombie universe.

But the director says not all might be as it seems. When asked by The Film Junkee about the time loop theory, Snyder replied that there was other evidence sprinkled throughout the movie that Vanderohe might be right, including a blink-and-you’ll-miss-it shot of another group of corpses sitting at a casino table as Scott and his team make their escape (it happens at about 1:53:26).

“I will also say that… there’s a chance – and I’m not saying this is 100% true, and in some ways it’s not – but the group at the table, I mean, it’s pretty subtle, but that’s them also at the table as well as… they get farther every time … possibly… Is this the time they made it all the way to the money?”

One Twitter user posted a thread of some other teasers you might have missed. For example, the body meant to resemble Maria at the vault has a necklace with a three-hole skeleton key, while Reguera wears a four-hole skeleton key during the events of the movie. Does this mean we’re actually watching the team’s fourth attempt to complete the mission? Richard Cheese seems to think so:

The planning montage before the actual heist also features a slightly different vault door than the one Dieter eventually opens during the mission, suggesting we’re actually watching a previous loop during the montage:

And while Vanderohe doesn’t appear to get bitten while fighting Zeus, the Vanderohe on the plane to Mexico City has clearly been infected. Are we watching the Vanderohe from another loop, or is this just a surprise twist designed to set up a sequel south of the border?

When the team enters the vault, we also see that there are already three AK-47s just like the one Guz is carrying inside, another weird coincidence teased in a promo picture (bottom right) released by Netflix months before the movie’s release:

Ultimately, there are no clear answers. Just more questions to be answered in future installments. As far as that’s concerned, Netflix already has two prequels planned for its fledgling Army of the Dead extended universe. One is an anime series that takes place at the onset of the outbreak in the city, suitably titled Army of the Dead: Lost Vegas. The other is a movie called Army of Thieves, which is directed by and starring Schweighöfer, who will reprise his role as Dieter. Will either of these installments shed light on Vanderohe’s time loop theory? Or will we have to wait for a proper sequel?

“I’d make it in a second,” Zack Snyder said of Army of the Dead 2 in an interview with Polygon. “What we have planned is too crazy. Once we knew Vanderohe was bit, and he’s going to Mexico City, I was like, ‘You know what’s gonna happen?’ And then I just went on a tear. And by the time it ended, Shay [Hatten, co-writer] was like, ‘OK.’”

Army of the Dead is streaming now on Netflix.