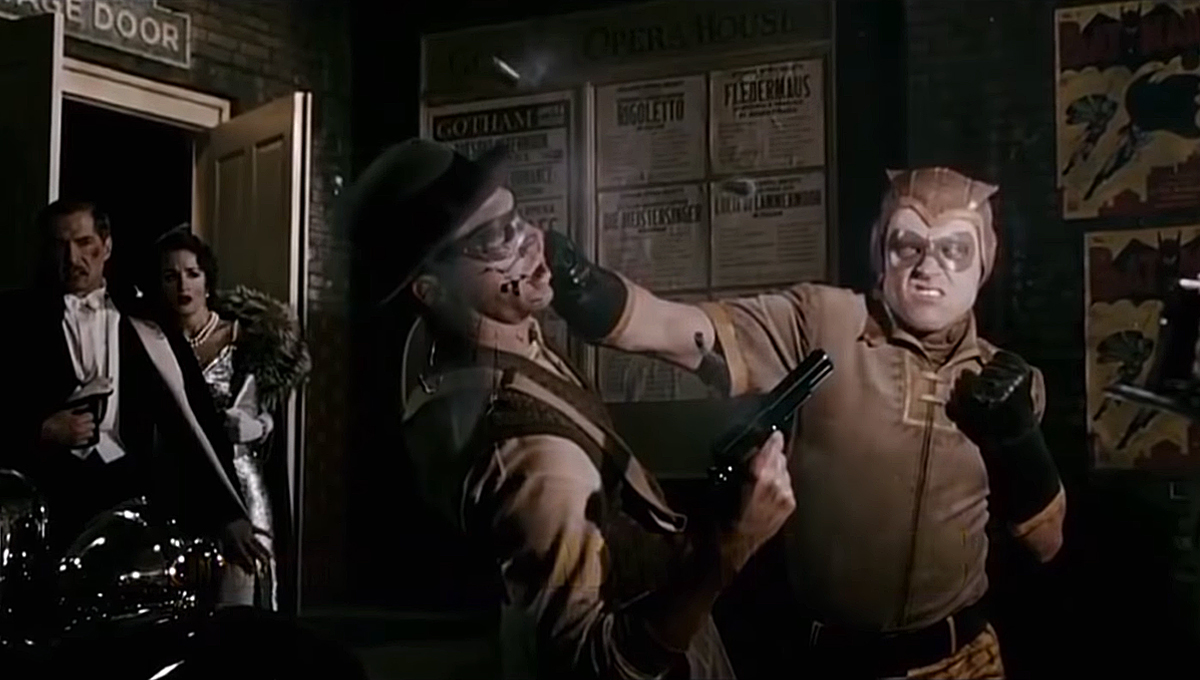 Zack Snyder’s name remains prominently connected to the controversial topic of his recent lengthy redux of Justice League and its preceding DC Comics movies. However, the director took his first key genre step toward establishing that connection in 2009 with Watchmen, a DC comic-adapting movie that, despite its disconnect from the main DC Universe, bore a Batman-referencing scene that has long been the center of speculation. Interestingly enough, Snyder has just confirmed the premise of said speculation.

In the process of promoting his recently-premiered Netflix gore-fest, Army of the Dead, Snyder takes viewers to “Snyder School” in an analytical video that looks back at the opening sequences from some of his past films, most pertinently, Watchmen. There, he confirms that one scene in particular from the film’s famously lengthy expository opening montage establishes a direct connection to the main DC Comics universe, specifically the existence of Gotham City, the wealthy Wayne family and, by virtue of that, their eventual-vigilante son, Bruce. However, the anachronistic presence of 1940s-era hero Hollis Mason, a.k.a. Nite Owl I (Stephen McHattie), prevents comics’ most consequential crime, establishing the film as being set in a kind of alternate DC continuity.

Tellingly, Snyder unambiguously refers to the scene in question as “[The] origin of Batman.” Indeed, he goes on to explain, “The concept is that Nite Owl is sort of saving the Waynes from dying after an opera. And so, there’s no Batman.” Thus, years before 2016’s Batman v Superman: Dawn of Justice saw Snyder properly depict the crime in question onscreen—and use the shared maternal name of “Martha” as an abruptly bizarre icebreaker between the dueling duo—he used Thomas and Martha Wayne’s back-alley mugging-turned-murder to stealthily solidify Watchmen’s alternate place in the DC arena. After all, without the monumental event of his parents’ death, Bruce Wayne’s path would likely have avoided the darkness that came to define him in secret, making his eventual nocturnal exploits as Batman an unlikely development. Moreover, he might have become in earnest the capricious playboy that he would have otherwise pretended to be in public. Yet, if Watchmen is indeed just an alternate DC Universe, then one might be left to wonder, for example, why a certain young Kryptonian refugee hidden in rural Smallville never went public with his super potential in this continuity.

The 2009 film saw Snyder—at the time riding momentum from 2004’s Dawn of the Dead and 2006’s 300—tackle the unquestionably lofty task of adapting writer Alan Moore and artist Dave Gibbons’s bellwether 1986-1987 DC-published limited series, based off an adaptation script by David Hayter and Alex Tse. Consequently, the film famously packed a significant amount of exposition in an opening montage—set to the soundtrack of Bob Dylan’s epochally anthemic “The Times They Are a-Changin”—that establishes the intricate history of its other-Earth setting, in which superheroes are seen as celebrities, and are often subject to bleak real-world fates. Yet, the 1940-set segment of the montage, littered with posters identifying its setting as Gotham City, shows the original Nite Owl decking a would-be mugger in an ominous-looking dark alley, rescuing a pair of unidentified-but-familiar wealthy socialites, including a male holding the cash-packed wallet that he was ready to hand over.

Interestingly enough, there’s more subtext to the scene than Snyder explains, since the hero selected for the Batman-canceling act in question, Nite Owl, is essentially the de facto Batman of Moore’s comic story; a darkly-dressed, cape-and-cowl-rocking non-super-powered vigilante armed with a group of gadgets and a motif-mirroring vehicle at his disposal. As if the poeticism of that idea wasn’t enough (and it arguably was), Snyder went so far as to put posters on the right side of the shot showing the cover of DC’s Batman #1, which was the hero’s crucial 1940 solo title debut (outside of Detective Comics), and also happens to retell the story of the parental deaths at the center of Batman’s origin story.

Yet, despite the sledgehammer-level subtlety of the imagery, Snyder’s confirmation clarifies Watchmen’s brief Batman link, which seemed relegated to the realm of speculation and trivia. Interestingly, the usage of what was perceived as a provocative Easter egg in the Warner-produced film could have helped Snyder plead his case for the studio to hand him the property reigns to the DC Universe; a move almost akin to eventual Batman franchise helmer Joel Schumacher’s onscreen call-out to the comic hero in 1987’s The Lost Boys. If it was such a gambit, then it clearly worked for Snyder, eventual acrimonious nature of his relationship with the studio notwithstanding.

Those who wish to catch up with Zack Snyder’s work can watch his brand-new feature, Army of the Dead, on Netflix right now.